Dramatic draw between Chelsea and ManUnited: the individual review of the game

Chelsea and Manchester United failed to make a decision at Stamford Bridge. 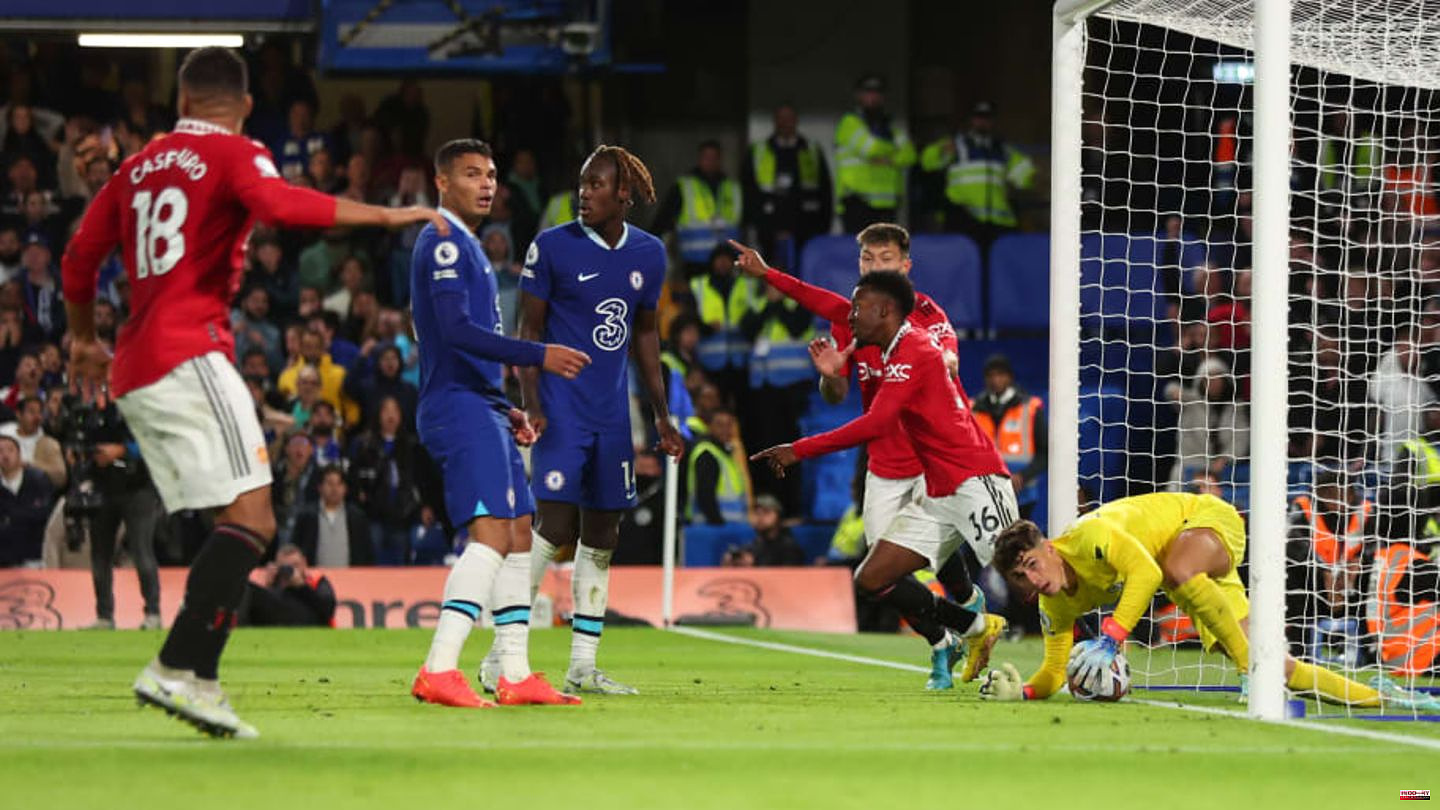 Both sides went into the game on positive records, with Chelsea aiming for a sixth straight win while United were still raving about their midweek win over Spurs.

The game had the makings of a decisive battle for the top four Premier League spots and perhaps that's why both teams took a somewhat risk-averse approach.

United had more of the game in the first half, dominating possession and threatening Chelsea's back so much that Blues manager Graham Potter decided to bring in another midfielder before half-time.

In the second half, both teams neutralized each other and there were hardly any chances left for either side, so that the game looked as if it was going to be a 0-0 draw.

But in a late twist of fate, substitute Scott McTominay took center stage when he awkwardly brought down Armando Broja while defending a corner. Jorginho confidently converted the penalty due and apparently secured the three points for Potter's team.

But the story took a different turn when Casemiro jumped highest to head a Shaw cross and caused cheers from away fans.

The 1-1 result keeps Chelsea in fourth place, just a point clear of United and two points adrift of third-placed Spurs.

TW: Kepa Arrizabalaga - Grade: 6/10 - A few slightly shaky moments but overall it was a competent performance from Kepa - although United didn't test him much IV: Trevoh Chalobah - Grade: 7/10 - An impressive showing by Chalobah, who rewarded his coach's faith in him with another confident performance.IV: Thiago Silva - Grade: 7/10 - Led the defense with class. Basically a normal Thiago Silva.IV: Marc Cucurella - Grade: 6/10 - Didn't really do anything wrong but was an unfortunate victim of the change of formation when his coach tried to bring in another midfielder.RAV: Cesar Azpilicueta - Grade: 6/10 - Couldn't influence the game going forward, but showed a good defensive performance.CM: Ruben Loftus-Cheek - Grade: 6/10 - Struggled to stage himself and was substituted on late for Chukwuemeka.CM: Jorginho - Grade: 7/10 - Started the game better when Potter changed formations, got more time on the ball and made some nice vertical passes.LAV: Ben Chilwell - Grade: 6/10 - A disappointing performance from Chilwell who played that day surpassed by his rival for England's left-back position.RA: Mason Mount - Grade: 5/10 - Mount has been back to his best form of late but it was absent today as United limited their chances of creating anything meaningful änkte.LA: Raheem Sterling - Grade: 5/10 - Struggled to influence the game meaning his record of not scoring against United remains intact.ST: Pierre-Emerick Aubameyang - Grade: 6/10 - Kept the United defense busy with his pace and runs but just didn't get served today Substitute: Mateo Kovacic (36. minute for Cucurella) - Grade: 6/10 - Played a few bad passes, but helped to level the game in midfield and turn the tide. Substitute: Christian Pulisic (74th minute for Aubameyang) - Grade: 5/10 - Couldn't get the ball during his short stint and did nothing of note Substitute: Armando Broja (79' for Sterling) - Grade: 7/10 - His physical presence makes him a nuisance for any team and he has the penalty well taken out. Substitute: Carney Chukwuemeka (79th minute for Loftus-Cheek) - Grade: 5/10 - Did he touch the ball? We're not sure.Coach: Graham Potter - Grade: 8/10 - It takes a brave coach to throw your tactics out of hand in the first half. Potter did so today after watching United overrun their midfield for 35 minutes and the result was a much more coherent second-half performance.

TW: David De Gea - Grade: 6/10 - Largely untried, much like his counterpart Kepa.RV: Diogo Dalot - Grade: 7/10 - A solid if unspectacular performance by Dalot.IV: Raphael Varane - Grade: 7 /10 - A solid performance by the French international, which came to an unfortunate end with his injury in the second half.IV: Lisandro Martinez - Rating: 8/10 - The Argentinian showed his class again today and proved the right mix of coolness and Aggressiveness.LV: Luke Shaw - Grade: 7/10 - Another solid performance from Shaw who responded well to Tyrell Malacia's challenge to take his place in the first team.CM: Casemiro - Grade: 8/10 - Possibly his best performance yet in the United shirt as he took control of midfield in the first half.CM: Christian Eriksen - Grade: 7/10 - Kept things going well in midfield but that was far from Eriksen -Quality.CM: Bruno Fernandes - N ote: 7/10 - Occupied a lot of space and influenced what was happening at both ends of the field, even if he lacked finishing quality.RA: Antony - Grade: 6/10 - A frustrating day for Antony, who had a big one before half-time Missed a chance and didn't want to use his right foot at any point.LA: Jadon Sancho - Grade: 5/10 - The winger didn't really play within his means and was substituted on for Fred shortly after the break.ST: Marcus Rashford - Grade: 6 /10 - He wasn't lacking in energy or drive but struggled to influence the game as he played a central role and offered little room for Chelsea to run.Substitute: Fred (52. minute for Sancho) - Grade: 6/10 - Not quite as safe and stylish as during the week Varane, so we'll chalk that up as a win for Lindelöf. Substitute: Anthony Elanga (80' for Rashford) - Grade: 6/10 - Didn't have much playing time and was ousted by the Blues most of the time. Substitute: Scott McTominay (80'). minute for Eriksen) - Grade: 3/10 - Why, Scott, why? McTominay came on late to hold the score but instead got carried away by knocking Broja down in his own penalty area and missed the penalty.Coach: Erik ten Hag - Grade: 6/10 - Brought his side up really well and had had better chances in the first half, but didn't react to Potter's substitution and threw the game away with his unambitious substitutions. 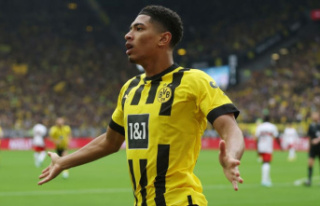 Jude Bellingham turns up the heat in Dortmund's...