After Republican legislators in Tennessee stopped a policy to relax low-level marijuana cases at trial, Nashville's top prosecutor came up with a solution: He didn't charge anyone. 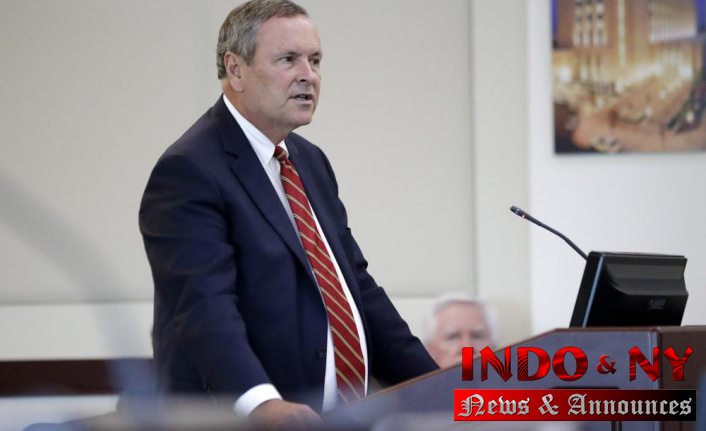 In Georgia, the Gwinnett County attorney vowed to not punish anyone for distributing food and water to voters. The chief prosecutor of Tampa says that a law that allows law enforcement officers to detain demonstrators until they appear in court is an "assault on our democracy". And the Douglas County district attorney, Kansas, said that he would not enforce a new state law that restricts non-partisan groups, neighbors, and candidates from collecting absentee ballots.

In response to some of most controversial recent changes, progressive prosecutors across the country are declaring that they won't enforce GOP-backed state laws. This is a response to the following: near-total abortion bans; voting restrictions; limits on certain protest activities; laws aimed at LGBTQ persons and restrictions on mask requirements.

As support grows for reforming a system that relies too heavily on locking up people, especially for non-violent, low-level offenses, the elected law enforcement leaders claim they are doing what is right.

Politics is also at work here. These lawyers are elected to reelection because they live in deep blue areas. Their decisions are popular with voters.

Jeffrey Bellin, a professor at William & Mary Law School, said that "the real limit on these is political." "These prosecutors must stand for election nearly everywhere in the country. Popularity is the final limit.

The prosecutor has broad discretion in deciding who to charge with crimes. They can also hold off depending on the strength of a case, the severity and sometimes the prosecutor's view on the constitutionality of a law.

More than 70 prosecutors representing blue districts across the country announced last October that they will not bring any charges against states that have passed increasingly strict laws against abortion. This is because they "shouldn't and won't criminalize healthcare decisions," regardless of whether the landmark Roe v. Wade case is overturned or eroded.

In June, over 70 elected prosecutors and law enforcement officers signed a similar agreement pledging not charge parents or doctors who may face criminal penalties under state laws that bar certain medical treatment for transgender youth. "Change often begins at the ground and works its way up."

Glenn Funk, a Nashville resident, has made it a habit to resist GOP-passed laws. He said that people in Nashville "really want an common sense approach [to the criminal justice system] that keeps us safe from being incarcerated without good reason." This comes as his 2022 Nashville reelection campaign is nearing.

Funk rejected the Republican Governor. This summer, Bill Lee said he wouldn't prosecute teachers or school officials who enforce mask mandates in violation of an executive order that allowed parents to opt out of mask mandates.

Funk stated that he would not prosecute teachers or school officials for keeping children safe.

He refused to enforce a 2020 law that required medical professionals to inform women who are undergoing medication-induced abortions that they could be reversed. Medical experts disagree with this statement. He declared the law "unconstitutional" adding that "criminal law cannot be used by the state to exert control over a woman’s body."

Tennessee's first-of-its kind law required that a notice be posted outside public restrooms at businesses that transgender people can use. Funk stated that he would not enforce the law and that his office "will never promote hate."

Judges stopped the policies regarding bathroom signs and abortion reversals in the state and blocked opt-outs for school masks in three large counties.

Funk stated that prosecutors must use the "levers" of power to "check and balance overreaching by other branches" of government.

Funk stated to The Associated Press that "It's also incumbent upon public officials who disagree to speak up and say so." "Because elected officials who keep quiet in the face unconstitutional laws being implemented, in the face a social debate that could actually be dehumanizing large portions of our population, then if no one speaks up, it gives the impression that there is not another side to the argument.

The possession of any addiction therapy drug, including buprenorphine, is not being prosecuted by a Vermont state's Attorney. The Seattle county prosecutor has stopped filing charges against small-sized personal drug possession. A prosecutor from Washtenaw County in Michigan and multiple New York City prosecutors have also stopped charging prostitution offenses as long as they are consensual. Before federal courts stopped Philadelphia from opening overdose prevention centers, the district attorney in Philadelphia said that he would not prosecute those who opened and ran them.

13th Judicial Circuit state attorney Andrew Warren from Florida called one new Florida law "an attack on our democracy." He covers the Tampa area and it stiffens punishments for crimes committed during a disturbance or violent protest. It was passed following protests that followed George Floyd's murder. A federal judge has put it on hold.

However, prosecutorial discretion is able to cut both ways, especially in the case of COVID-19 mandates. York County District Attorney Dave Sunday (a Republican) told police that they would not issue criminal citations for Democratic Governor. His office will not prosecute any violations of Tom Wolf's statewide schools concealing order.

Craig Northcott, a conservative district attorney in Coffee County, Tennessee, is arguing that gay people should not be granted domestic violence protections. He said this because such laws are meant to protect the "sanctity and marriage" of the state.

Funk has been the subject of many grievances by Republican legislators, but so far they have not been able to control him. Rep. John Ragan sponsored the law on business bathroom signage. He asked the state attorney general to give his opinion about Funk's refusal enforce the law. The office of Republican Attorney General Herbert Slatery declined to comment on the matter, citing ongoing litigations.

The governor also mocked him on social media. "A district attorney deliberately disregarding current, properly enacted laws of the legislature is a grave matter and threatens our justice system. It has serious consequences," he tweeted.

1 'A dangerous time': Portland, Oregon, sees... 2 Colin Powell: A trailblazing legacy that was ruined... 3 Russia sets a new record for daily deaths from coronavirus 4 EXPLAINER - How the lawmakers are investigating Jan.... 5 Jan. 6 panel moves against Bannon, sets contempt vote 6 North Korea tests a possible submarine missile amid... 7 Texas legislators approve new congressional maps to... 8 Climate report: Africa's glaciers are on the... 9 Chinese-North Korean defectors face hardship in South... 10 Taliban are relying on ex-technocrats to save the... 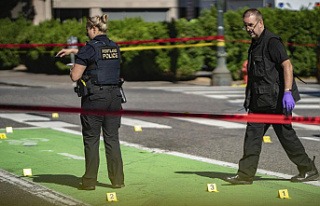