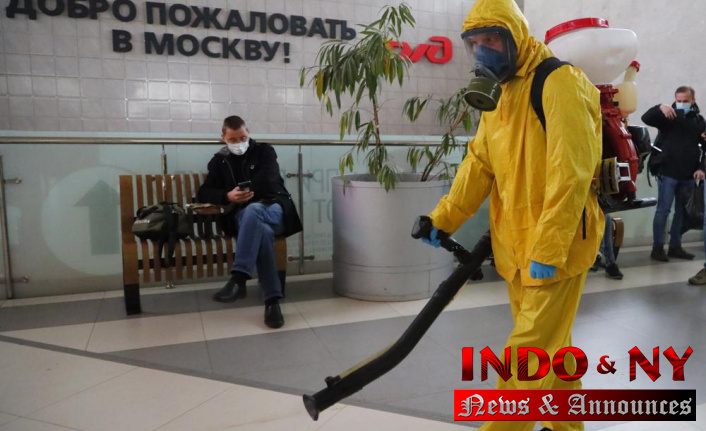 According to the government task force, 1,015 deaths from coronavirus occurred in the last 24 hours. This is the highest number of deaths since the outbreak. This brought the death toll to 225 325, making it the most severe pandemic in Europe. In addition, it recorded 33,740 new infections in the last day.

Tatyana Golikova, Deputy Prime Minister, suggested that a weeklong period of non-work be instituted starting Oct. 30, in response to a rise in deaths and infections. This would include a public holiday. She stated that the Cabinet would ask President Vladimir Putin for permission to make the change.

The Kremlin has so far ruled out a nationwide lockdown similar to that which was implemented in the early stages of the pandemic. This caused a severe economic blow and shattered Putin's popularity.

Daily coronavirus death rates have been rising for several weeks. They reached 1,000 on Saturday for the first-time in a while. This is due to sluggish vaccination rates and lax attitudes toward precuations.

Russia proudly claimed to be the first country to approve a coronavirus vaccination in August 2020, even though the vaccine was only tested on a handful of people.

Sputnik, three other domestic vaccines, were extolled by Russia's state media. However, the Russian state-controlled media was critical of Western-made shots. This controversial message, many observers believed, fed public doubts about vaccines.

Authorities have increased pressure on teachers, doctors, and other public servants to get vaccines amid widespread hesitancy. However, the uptake of the shots has been slow.

Putin has stressed the importance of broad vaccination but also stressed that it should be voluntary.

Although authorities have set up vaccination points in shopping malls and other locations outside of clinics to encourage people to get shots, these efforts have not significantly accelerated the process.

Dmitry Peskov, Putin's spokesperson, noted that while the government has made vaccines readily available, it should have been more proactive in encouraging vaccination.

Peskov stated that more needed to be done to explain the absence of an alternative to vaccination during a conference call with reporters.

Peskov was asked if the government could allow imports of foreign vaccines in order to boost uptake. He said that vaccine skepticism doesn't just apply to domestic shots. Peskov also stressed that the problem should be resolved on an equal basis. The Russia-EU talks regarding mutual recognition of coronavirus vaccinations have continued without any resolution.

While the Kremlin resisted a nationwide lockdown of all government agencies, it gave authorities in each of the 11 time zones the authority to determine restrictions based on local circumstances.

Russia's 85 regions have already restricted access to theatres, restaurants, and other venues and prevented large-scale public events from taking place. Certain categories of public servants, and older people over 60 years old, have been required to be vaccinated.

St. Petersburg, Russia’s second-largest, joined other cities Monday in ordering digital codes to prove vaccination or recovery from illness for accessing conferences and sporting events that began Nov. 1. These codes will be required in movies, theatres, museums, gyms and restaurants. They also become mandatory in cafes, restaurants, and some shops on December 1.

According to the city, the country's second-largest number has been reported. This is in contrast to Moscow where authorities have not tightened coronavirus restrictions despite mounting cases. However, daily life in the capital has continued as usual. Moscow officials have taken steps to tighten the enforcement of mask mandates on public transport. These are being observed more loosely.

Golikova encouraged regions to be more active in applying digital codes to access public areas. She also called on regional authorities to order seniors over 60 to be placed in isolation at home.

A total of 8 million infections were recorded by the government task force. According to COVID-19, Russia ranks fifth in pandemic deaths worldwide, after the United States, Brazil and India.

Rosstat, the state statistics agency, reports a higher death toll from pandemics. It counts deaths where the virus was not considered the primary cause. As of August, there were approximately 418,000 COVID-19-positive people. This number would make Russia the fourth-hardest-hit country, just ahead of Mexico.

Martin McKee, professor of European public and health at the London School of Hygiene and Tropical Medicine, stated that the COVID-19 situation was very worrying for Russia and the rest of the globe.

He stated that even the highest rates of vaccination in Europe would not be enough to stop the virus being reimported into Russia from Europe, especially if there are any new and more dangerous variants.

He stated that "until we have control over the virus everywhere, there's an importation risk and the pandemic won't be under control." He also described the threat of Europe being posed by the spread of the virus to Russia and the Baltic States. 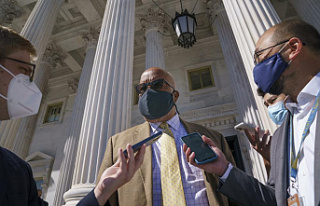 EXPLAINER - How the lawmakers are investigating Jan....