EXPLAINER - How the lawmakers are investigating Jan. 6 riot

The House committee charged with investigating the Jan. 6 deadly riot at U.S. Capitol has intensified its efforts in recent weeks. It issued subpoenas for nearly 20 people, including four former president Donald Trump's associates. 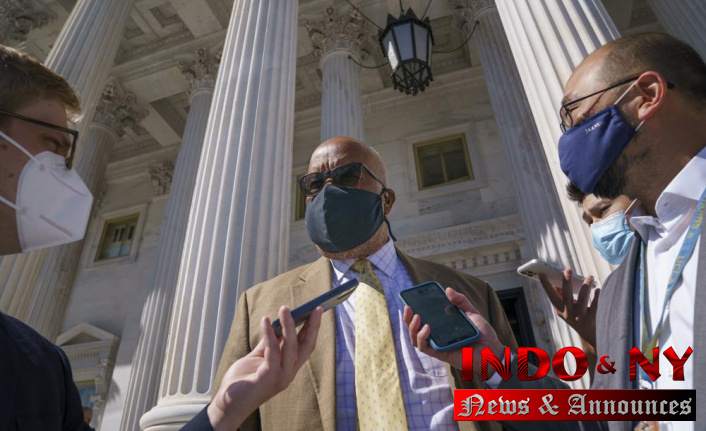 The committee's lawmakers have stated that they are eager to get documents and testimony related to the attack. After defying the subpoena, Steve Bannon, ex-Trump White House adviser, was summoned to testify.

Let's take a closer look at the committee and its mission.

WHY IS CONGRESS INVESTIGATING IMPORTANT?

The central facts of Jan. 6's insurrection are now known, unlike previous investigations into Trump's era (including the Russia probes and impeachment inquiry regarding Trump's interactions in Ukraine). Trump supporters, fuelled by false claims of a stolen electoral process, attacked police officers and broke into the Capitol to disrupt the certification of President Joe Biden’s victory.

However, there are still many unanswered questions regarding the attack on Capitol. Legislators say they are determined to present a complete accounting to ensure it never happens again.

The committee will investigate every aspect of the riot including Trump's actions during it and any links between Trump and the rioters who broke in to the building.

The panel will also investigate how protests leading to and during the insurrection were funded, including the Ellipse rally on Jan. 6, which preceded the riot.

"The most important black box is the role of the president. What was the White House's role? "What did the president know about the people who were coming to this rally?" Adam Schiff, Chairman of the House Intelligence Committee, stated in an interview with C-SPAN. "And what did the president do when he discovered this?"

California Democrat, Democrat added that there are many important unanswered issues.

A succession of judges, state election officials, and Trump's attorney general William Barr rejected Trump's claim of widespread election fraud. There have never been any cases that found irregularities on a scale that could have affected the outcome.

Another goal for the committee is looking into why U.S. Capitol Police -- as well as federal, state and local law enforcement agencies -- were so ill-prepared for the rally-turned-insurrection and whether their response, after it began, was inadequate. It is also investigating the factors that led to the attack, such as the role of online platforms and technology companies like Facebook and Twitter.

Committee members widened the scope of their investigation last week when they subpoenaed Jeffrey Clark. Clark was a former Justice Department lawyer and positioned himself as an ally to Donald Trump. The committee is interested in the chaos and confusion that followed in the Justice Department, where Trump and his allies relied on government lawyers to support their false election claims.

The probe will build on the findings of other investigations, such as the U.S. Department of Justice's large-scale prosecution of more than 600 rioters hailing from almost every state. The final report that the committee will produce will not be part of the DOJ effort.

WHAT POWERS DOES OUR PANEL HAS?

The panel is currently conducting closed-door interviews instead of open hearings in order to get a complete picture of what happened on that particular day and who was involved.

It's not always simple to do this, especially when you have aides or confidants from the former president. He learned during his presidency that there was little consequence for rejecting Congress.

The power to issue subpoenas is held by the committee chair. They can also pursue contempt charges against witnesses subpoenaed for refusing to comply. The committee will begin that process on Tuesday with a vote to recommend criminal charges against Bannon for violating a subpoena.

Jan. 6 Panel has so far issued 19 subpoenas and thousands of pages of documents to the committee's staff.

Bannon is not the only one to be "engaged" by lawmakers. They also spoke out in support of Kashyap Patel, a former Defense Department official and Mark Meadows, the former White House chief-of-staff. It is not clear if Dan Scavino (Trump's social media director for many years and one of his most loyal aides) will cooperate.

13 subpoenas were issued to officials involved in planning rallies for Trump before the attack. This included the huge event on the day that Trump told his supporters to fight like hell.

These individuals were ordered to appear at the separate depositions that the committee has scheduled between late October and the beginning of November.

The committee also receives support from the Biden administration in its search for information and documents. Biden has rejected Trump's assertion of executive privilege in relation to documents that were requested during Trump's time at the White House. Their possible release to Congress will be set up in mid-November.

At this moment, it is not clear when the committee will conclude its investigation and release a final document. 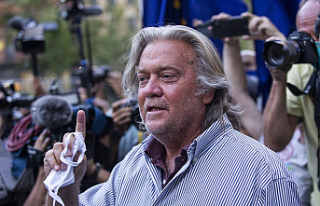