Climate change will cause Africa's glaciers to disappear over the next 20 years, according to a report Tuesday. This comes amid dire predictions of pain for the continent which contributes the least to global warming but suffers the most. 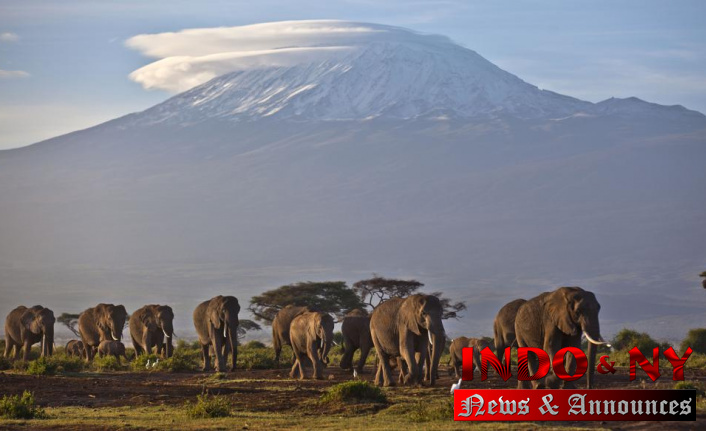 The World Meteorological Organization's and other agencies released a report ahead of the U.N. Climate Conference in Scotland, Oct. 31. It is a stark reminder that Africa's 1.3bn people are "extremely vulnerable" to climate change. As Africa warms faster than the global average, it will be more severe for them. Yet, less than 4% global greenhouse gas emissions are attributed to Africa's 54 member countries.

As symbols of the rapid, widespread change ahead, the new report points to the shrinking glaciers at Mount Kilimanjaro and Mount Kenya in the latest report. Their current retreat rates exceed the global average. It states that if this trend continues, it could lead to total deglaciation in the 2040s.

At Tuesday's launch, Petteri Taalas, WMO Secretary General, stated that massive displacement, hunger, and climate shocks like droughts, flooding, are all possible. However, the absence of climate data in Africa "is having an important impact" on disaster warnings for millions.

The economic impacts of climate change are estimated to vary on the African continent. However, "sub-Saharan Africa could see climate change further reduce gross domestic product by as much as 3% by 2050," Josefa Leonel Correia Sacko, a member of the African Union Commission, writes in the report. "Not only is the physical condition getting worse, but also there are more people affected."

Sacko says that if inadequate response measures aren't taken, up to 118million extremely poor people (or those who live on less than $1.90 per day) "will be exposed" to extreme heat, drought, floods, and flooding in Africa by 2030.

Already, the U.N. warns that Madagascar, an Indian Ocean island nation, is one where climate change has driven "famine-like" conditions. And parts of South Sudan are experiencing the worst flooding in nearly 60 years.

Despite the dangers facing the African continent, Africans are less represented at global climate meetings than those from richer regions. They also do not make up the majority of the critical Intergovernmental Panel on Climate Change scientific assessments. Future Climate for Africa, an international research program, says that African participation in the IPCC reports is "extremely low."

These are enormous costs. According to the WMO's Taalas, Africa will require investments of more than $3 trillion for mitigation and adaptation by 2030 in order to implement its (nationally-determined) climate plans. This will require significant, accessible, and predictable inflows conditional financing," he stated.

"Adapting to climate change will cost Africa $50 billion annually by 2050, even with international efforts to limit global warming to 2 degrees Celsius.

1 Chinese-North Korean defectors face hardship in South... 2 Taliban are relying on ex-technocrats to save the... 3 New Zealand's virus levels are high and pushes... 4 Titans stop Allen at 4th, but Bills can still beat... 5 Rolovich, Washington State coach, was fired because... 6 Colin Powell, a trailblazer general stained by Iraq,... 7 Biden's dilemma: Satisfying Manchin could lead... 8 Trump files suit to keep Jan. 6, documents from Congress 9 DC suspends all Metro trains due to safety concerns 10 Kanye West was once known as Rapper. Now he is just... 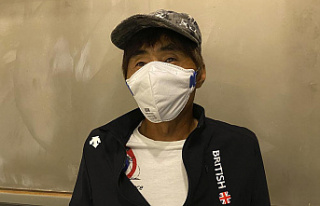