Society: Mass protest or even riot - what happens in winter?

She rowed back quickly, but the outrageous-sounding term was in the world. 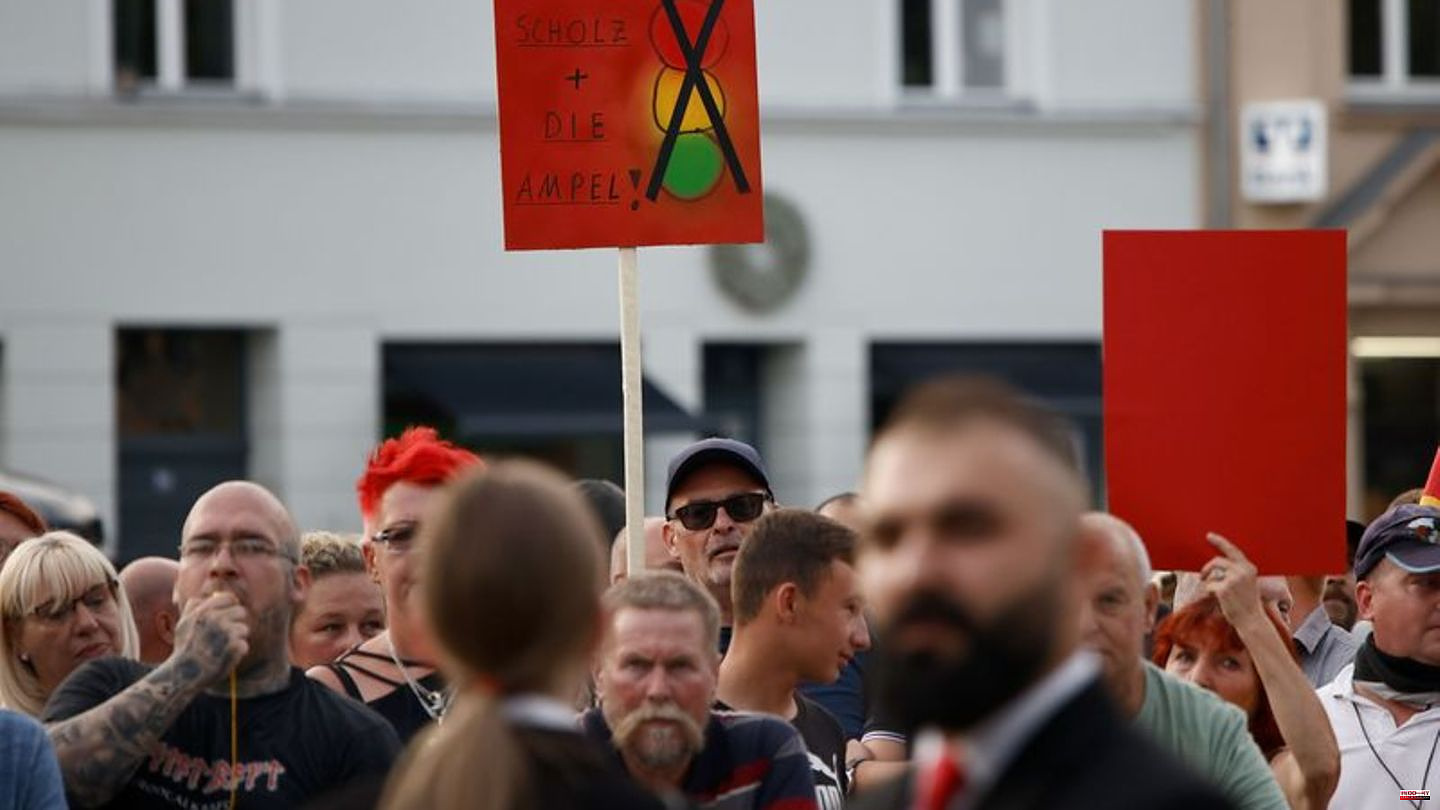 She rowed back quickly, but the outrageous-sounding term was in the world. If Germany stops receiving gas from Russia, it will no longer be able to support Ukraine, "because then we'll be busy with popular uprisings," Foreign Minister Annalena Baerbock (Greens) warned at an event organized by the German editorial network in July. And shortly thereafter put it into perspective: "I deliberately formulated it very pointedly."

"People's uprisings" - the term made some politicians from other camps frown. But the big outcry didn't materialize. Because a concern is growing across party lines: What will happen in Germany in autumn and winter if the problems should pile up higher and higher? Suppose: Energy prices continue to explode, food is also becoming more expensive, gas is rationed, companies are forced to reduce production, people end up on short-time work or even unemployment, the corona pandemic flares up again. Such a crisis scenario is no longer unimaginable - and certainly expandable.

AfD and Linke are already announcing a "hot autumn". Extremists are even hoping for a "winter of anger". The left is calling for a first demo in Leipzig next Monday. In the ARD summer interview, its chairman Martin Schirdewan predicted a "social catastrophe" and explained: "As a society, we are running into a perfect storm." Which raises the question: How storm-proof, willing to persevere and capable of suffering is German society?

Polls show that Germans still show solidarity with Kyiv. According to ZDF's "Politbarometer" from August, 71 percent answered yes to the question of whether Germany should continue to support Ukraine despite high energy prices in this country. Only 20 percent advocate stopping this aid in order to come back to lower prices. However, there is a clear east-west divide. When asked about the sanctions against Russia despite possible disadvantages for Germany, 63 percent of people in the west of the republic said they supported them in the ARD "Deutschlandtrend" in July, but only 39 percent in the east. "No, I don't support it" was answered by 29 percent in the West, but by a narrow majority of 51 percent in the East.

If acceptance is generally high, former Federal President Joachim Gauck was right when he declared - also pointedly - at the beginning of the Ukraine war: "We can freeze for freedom for once. And we can endure a few years that we have less happiness and joy in life."

But what happens when it's no longer just about "happiness and joie de vivre"? But about existence. Worries are already growing. In August's ZDF "Politbarometer" only 55 percent of those questioned stated that their own financial situation was good. At the beginning of the year it was still 65 percent. The prospects are also assessed more pessimistically: 40 percent of citizens - more than ever before - assume that their own economic situation will be worse in a year than it is today.

At the same time, dissatisfaction with the government's countermeasures is high. According to 58 percent of all respondents, the traffic light does not do enough to relieve the burden on citizens in view of the high prices. The disappointment is particularly pronounced among supporters of the AfD (80 percent) and the left (71 percent).

Leading traffic light politicians, especially Chancellor Olaf Scholz (SPD) and his Economics Minister Robert Habeck (Greens), have long felt the effects of the protests. Scholz, for example, was shouted down during his summer tour in Neuruppin and called a "traitor" and a "liar". The right-wing extremist splinter party Freie Sachsen wanted to hold a kind of show trial against Habeck on the market square in Heidenau. He was supposed to be pilloried in the form of a doll - which the courts forbade.

"Wherever Mr. Habeck and Mr. Scholz appear, there are various, especially right-wing, conspiracy ideological networks that we know from the Corona demonstrations, the AfD is active," says sociology professor Matthias Quent from the Magdeburg-Stendal University of Applied Sciences. "They stupidly manage to make their protests look like spontaneous citizen protests. That's basically the old Pegida strategy."

Although protesting is a democratic right, there are good reasons for doing so, says the expert on right-wing extremism and radicalization. "On the other hand, there is a kind of topic hopping by actors who actually have other interests, who ultimately want to abolish liberal democracy." The scientist warns against adopting terms such as "fury winter" that "were used by the actors themselves."

Instead, he speaks of an "autumn and winter of dissonance". Dissonances, which could also take on violent traits. "It's not an unrealistic scenario, simply because the actors involved have become radicalized and professionalized in recent years." For example, when it comes to presenting the state and the police. "And it's not just about one topic, but about a generalized hostility to the system."

Hostility to the system - that automatically gets the security authorities on the scene. They are currently closely monitoring whether legitimate protests are being infiltrated by extremists. According to the Federal Office for the Protection of the Constitution, "a radicalized minority of right-wing extremists, delegitimizers, Reich citizens and conspiracy believers is positioning itself to occupy and mobilize issues such as the war in Ukraine, rising prices, inflation and the corona pandemic to abuse".

In addition, Russia uses cyber attacks and disinformation as hybrid levers to divide society in Germany. "We are closely monitoring whether the verbal agitation on the Internet is reflected in a mobilization for activities relevant to the protection of the constitution in the real world," explains the Office for the Protection of the Constitution. "So far there have been no signs of widespread anti-state protests or even violent mass riots."

Thuringia's President for the Protection of the Constitution, Stephan Kramer, puts it similarly, but more drastically. The corona pandemic and the Ukraine war had led to a "highly emotional, aggressive, pessimistic mood among the population," he recently told ZDF. Trust in the state, its institutions and political actors is at least partially exposed to massive doubts. In addition, there are above all right-wing extremists, but also foreign actors who have been trying for years to destroy trust in the state and democracy through hate, hate speech, delegitimization and fake news.

"It's a highly emotional and explosive mood that could easily escalate," warned Kramer. "Mass protests and riots are just as conceivable as concrete acts of violence against things and people, as well as classic terrorism aimed at overthrow." In comparison, the corona protests in social networks and on the streets in recent years were “probably more of a children’s birthday party”.

In his summer press conference, Chancellor Scholz assumed that there would be no social unrest. "And that's because Germany is a welfare state." The SPD, Greens and FDP never tire of emphasizing that they have already put together two relief packages totaling around 30 billion euros to relieve the burden on citizens. The traffic light parties are currently fighting for a third package.

However, the sociologist Quent points out: "A large part of the protests - we have seen that in recent years - are not organized out of material concern. The conspiracy ideological right-wing protests in particular have not demonstrated for social justice, equality or higher taxes ."

For Kramer, the secret service for the protection of the constitution, "the crisis management strategy and, above all, the crisis communication of the political actors" are important. "In my opinion, the population's trust in the state institutions and authorities will be decisive for maintaining social peace and for overcoming this crisis together," he told ZDF.

ZDF interview with Thuringia's head of the Office for the Protection of the Constitution, Stephan Kramer, ZDF "Politbarometer" from August, ARD "Deutschlandtrend" from July 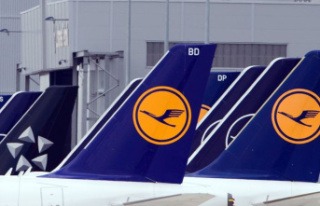