After the far right Fratelli d'Italia (FDI) performed strongly in Italy's general election, party leader Giorgia Meloni has claimed the right to form the next government. 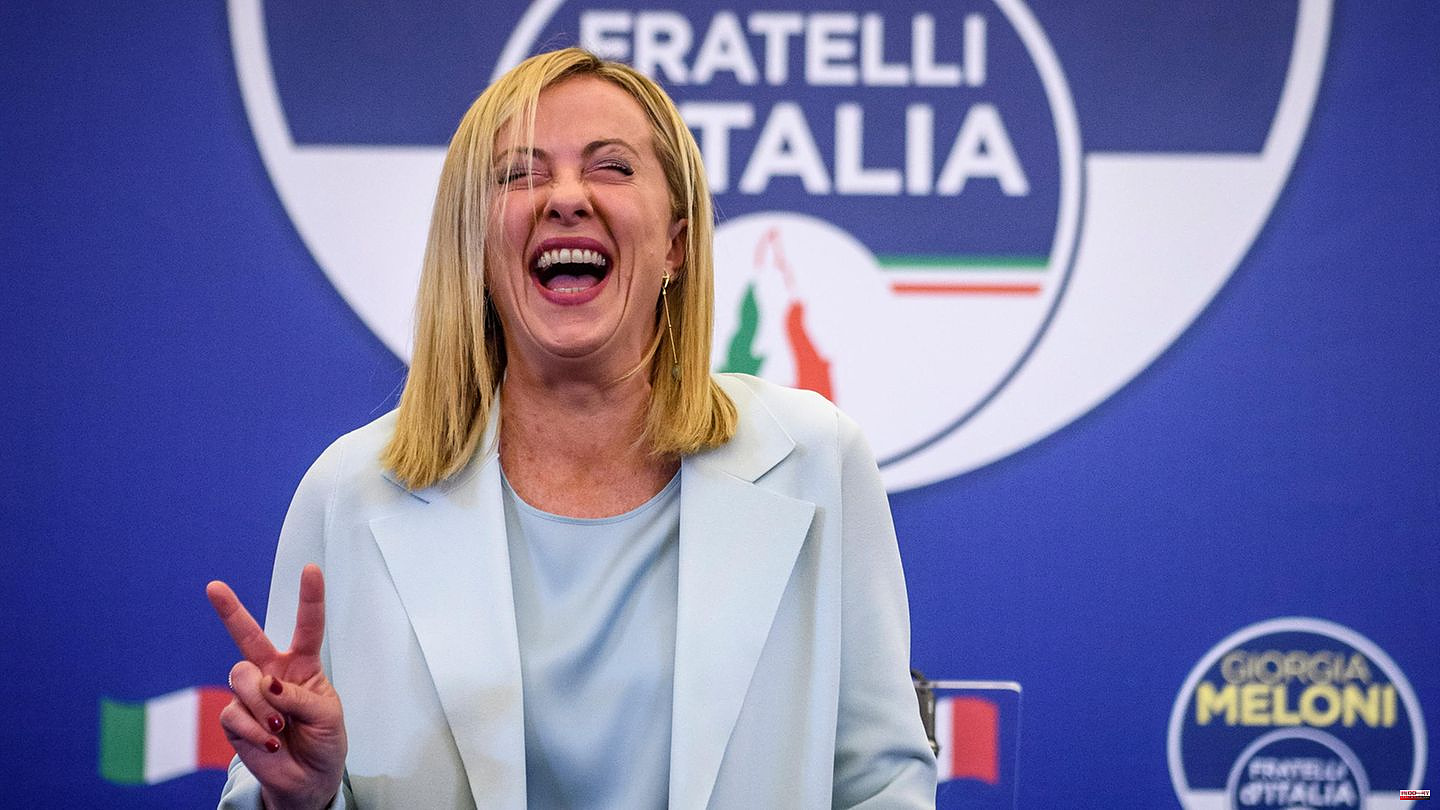 After the far right Fratelli d'Italia (FDI) performed strongly in Italy's general election, party leader Giorgia Meloni has claimed the right to form the next government. "The Italians have sent out a clear message in favor of a right-wing government led by Fratelli d'Italia," Meloni told journalists in Rome on Monday night. "We will rule for everyone," she added.

According to forecasts, the FDI received around a quarter of all votes, making it the strongest force. Together with its allies, the right-wing national Lega and Forza Italia (FI), it could get up to 47 percent of the votes. The Ministry of the Interior will announce official results in the course of the day. Meloni could thus become the first woman to head an Italian government. Due to the complicated electoral system, the right-wing national alliance is likely to receive an absolute majority of seats in both chambers of parliament - in the House of Representatives and in the Senate.

Giorgia Meloni took her time on election night - she knew she would be waited for. Minutes before the polling stations closed, the Roman woman casually cast her vote in a white blouse and black leather jacket. And when it became clear that she would win the parliamentary elections in Italy with her radical right-wing Fratelli d'Italia, it took another three hours before the future prime minister finally spoke to hundreds of reporters from the world press. After all, she herself had to wait a long time for this moment.

"This is a night of pride, of redemption, of tears, of hugs, of dreams, of memories," said the 45-year-old, who has been politically active since she was young, in her speech. When this night is over, it must be clear "that this is not the goal, but the beginning".

And many Europeans are worried about what Giorgia Meloni and her party rooted in fascism, which has a flame in its coat of arms reminiscent of dictator Benito Mussolini, are now planning for Italy. Together with her alliance, which also includes the right-wing populist League and the conservative Forza Italia, the Roman woman will have a clear majority in parliament, according to the projections from the night.

When Meloni took the stage at the posh Grand Hotel Parco dei Principi around half past two in the morning, she giggled in relief and waved at her fellow performers. Then the 1970s hit "Il cielo è semper più blu" by Rino Gaetano was recorded, and Meloni actually sang along with a short line of text, a bit flabbergasted. "The sky is getting bluer."

After this intro, however, the serious tone quickly returned to Meloni, she can come across as very strict. She wants to lead the government, of course - as if that were still in question given the extrapolated numbers. Meloni gave her Fratelli significantly more percentage points than Lega and Forza Italia combined. "If you want to be a part of history, you have to take responsibility," she said.

Basically, the outcome of the election was hardly a surprise. Meloni and her "brothers of Italy" had grown too much in recent years. Most recently, they were the only significant opposition party to benefit from all the dissatisfied people from the Corona and war months, who flocked to them from other parties in droves.

Above all, the Lega, until a few months ago still the strongest force on the right-wing fringe, lost credibility enormously: Because on the one hand, as the governing party, it had to support Prime Minister Mario Draghi's course - on the other hand, party leader Matteo Salvini kept blustering about the measures in accordance with his populist nature. The fall to single-digit values ​​- only three years after a result of more than 34 percent in the 2019 European elections - brought Salvini into great difficulties within the party.

So Meloni. It wasn't her turn yet, many Italians thought. Four former prime ministers were active in this election campaign, all of whom had failed with their governments at least once in the past few years. And even Draghi, who was well respected at home and abroad, fell. Then it should just try Meloni, said some Italians succinctly. After a year or two, they too will be replaced anyway, others think.

In the capitals of the continent, people look at Rome less relaxed. Just at a time when European unity is required in the fight against Kremlin chief Vladimir Putin and against the exploding energy costs as a result of the Ukraine war, some fear that Italy will backtrack. Meloni's victory was "worrying," said Katharina Barley (SPD), Vice-President of the EU Parliament, the "world".

Meloni is an EU skeptic and only complained about the "bureaucrats in Brussels" in June. She criticizes the EU Commission's sanctions against Hungary and Poland. She is friends with Hungary's Prime Minister Viktor Orban, and the Polish PiS party is in a parliamentary group with the Fratelli in the European Parliament. Poland's Prime Minister Mateusz Morawiecki congratulated him that night.

Will Italy turn its back on the EU under nationalist Meloni? Or exit the euro? Does the shift to the right blow up the whole Union? The Roman woman called such horror scenarios "nonsense". To this end, she sent a video clip in August in which she spoke in English, French and Spanish to reassure the European partners. A German video was not included - she had a "certain aversion to Germany," Meloni wrote in her autobiography.

In the euphoria of victory, the Fratelli party leader announced that she wanted the country to be one and one prime minister for all. Then she says: "We have to be proud again to be Italians."

1 "Anne Will": Looking for noticeable relief:... 2 Fight against racism: Fewer new schools in the "School... 3 There is a threat of additional costs: heat supply... 4 Language: Ottifant by Otto Waalkes has made it into... 5 Nations League: Flick before classic against England:... 6 Basketball: Nothing new: Alba and Bayern top favorites... 7 Preview: TV tips on Monday 8 Post Malone hospitalized after concert cancellation 9 Energy: The Left calls for the gas surcharge and debt... 10 Finance: German commercial law firms are moving to... 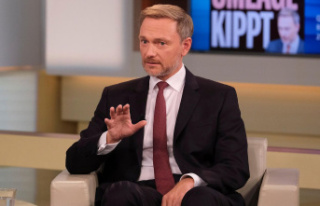 "Anne Will": Looking for noticeable relief:...