Joy and sorrow are only a few nautical miles and a few hours apart off the southern Italian coast. 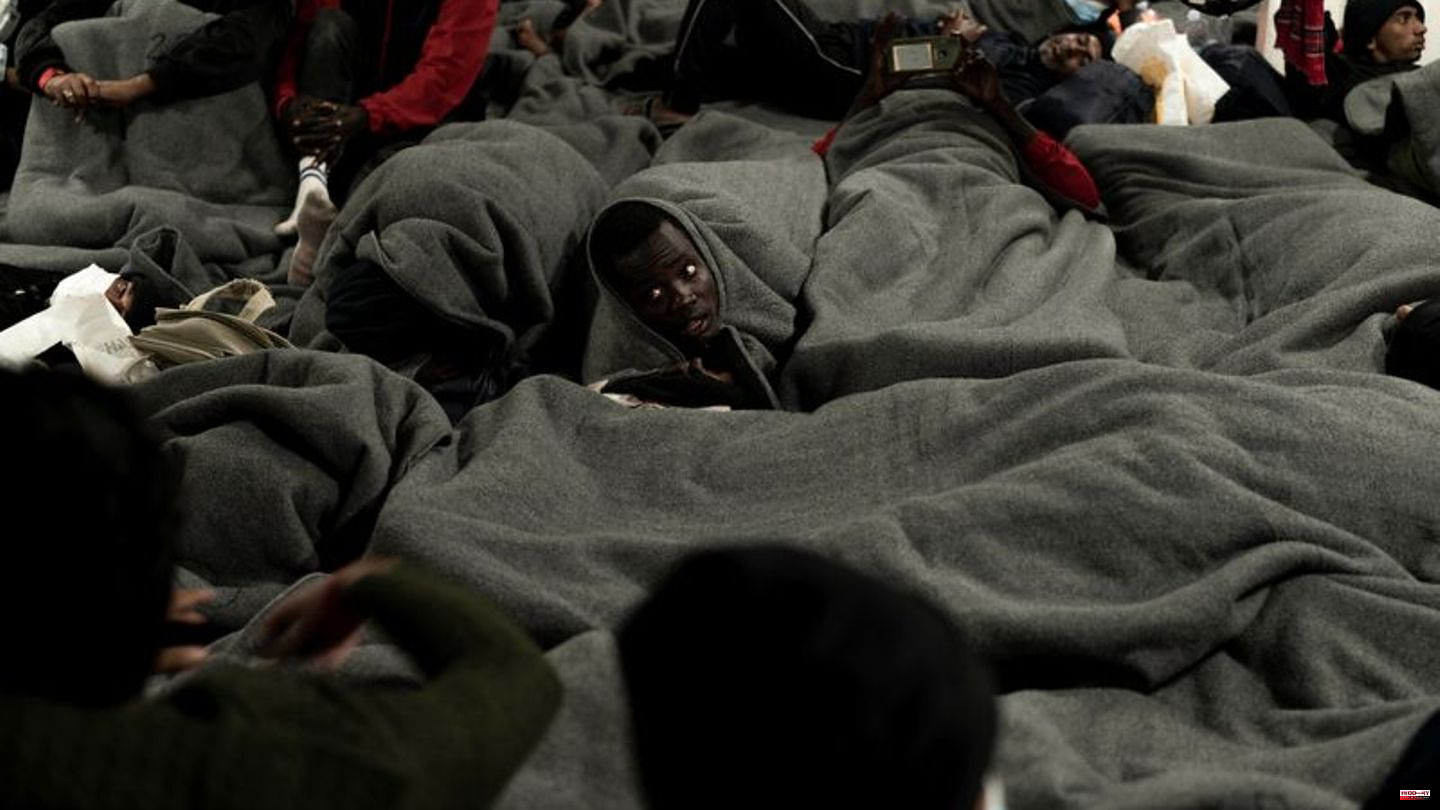 Joy and sorrow are only a few nautical miles and a few hours apart off the southern Italian coast.

While almost 250 people on two ships in the port of Catania were desperately waiting to finally be let off board, the crew of the German "Rise Above" brought all 89 migrants ashore. On Tuesday morning, the women, men and children left the Mission Lifeline boat in the port of Reggio Calabria. Now the "political hostage-taking" on the other ships must also be ended, the Dresden association tweeted.

And in the evening it seemed so far. After two days of waiting, the Italian authorities allowed more than 200 people on the ship Geo Barents to disembark. Riccardo Gatti from Médecins Sans Frontières announced that, unlike at the weekend, after medical and psychological examinations, it had been decided that they, too, could go ashore for humanitarian reasons.

213 people then left the ship, which was flying the Norwegian flag. "Rescue completed," reported a helper to the cheers of the crew.

The doctors, psychologists and translators also went on the German "Humanity 1", which was also moored in the port of the Sicilian city and on which 35 migrants were waiting to get permission to disembark. It was unclear whether they would also receive positive news from the authorities that evening.

Two weeks after the ultra-right government took office, the first major conflict between the anti-immigrant right-wing coalition and international sea rescuers escalated in some cases. Rome had asked the two organizations to leave Catania with their ships and some rescued people. Both refused.

Around 30 of the 35 migrants on the German "Humanity 1" went on hunger strike, as confirmed by Petra Krischok from the organization SOS Humanity. The men told the crew that they had not eaten for 40 hours and that the public should know. The rescuers want to give further details of the protest and the general situation at a press conference on Wednesday.

The situation on board had deteriorated. "Applicable law is being trampled on," said captain Joachim Ebeling. "When I see that I have people on board who have the right to go ashore but are prevented from doing so by the authorities, I just get angry." He stressed that he would not move the ship until all migrants were ashore.

Crew tries to take away the men's fear

The crew is trying to encourage the 35 men and to take away the fear that they could be taken to Libya, where they had started their crossing in boats, the Bremen-born told the German Press Agency. Many said they would rather drown than have to go back to civil war land.

The organization SOS Humanity has already taken legal action. At a court in Catania, urgent asylum applications were made for the 35 migrants. A lawyer also filed a complaint with the administrative court in Rome against a decree by the Ministry of the Interior of Italy's new right-wing government. The decree stipulates that the "Humanity 1" must leave Italian waters and take with it all migrants who are not in an emergency situation.

The "Geo Barents" was moored a few meters from the German ship. "Help," the people there wrote on cardboard signs. Three men jumped into the docks to swim ashore on Monday. Two then refused to return to the ship. They therefore spent the night in a van on the pier and waited for good news, which finally came in the evening.

"Dramatic failure of all European countries"

A fourth ship, the "Ocean Viking", made its way to France with 234 migrants on board because, after waiting for days, Rome had not answered the request for a port in Sicily. The organization SOS Méditerranée spoke of a "critical and dramatic failure of all European countries". Some of the rescued have been on the ship for more than two weeks.

As on Monday, Brussels had again asked Italy to let all those rescued ashore. A spokeswoman for the EU Commission emphasized that, under EU law, migrants must have access to the asylum procedure in Italy. There is a clear legal framework.

Germany, under whose flag the "Humanity 1" sails, was also in contact with Rome. It was "important that all rescued people can go ashore from the ships and that everyone can actually be cared for appropriately," said a spokeswoman for the Federal Foreign Office on Monday.

Rome's actions did not come as a surprise. The right-wing parties had already announced during the election campaign that they wanted to stop boat migrants. Interior Minister Matteo Piantedosi recently described the people who have to stay on the boat as "the remaining cargo" that should leave the port. He was sharply criticized for this by the opposition and aid organizations. In 2019, Piantedosi was head of the Interior Ministry under Matteo Salvini of the right-wing populist Lega, who even then banned boats with refugees from entering Italian ports.

Only a small proportion of the migrants come to Italy on NGO ships. As of Monday, the Ministry of the Interior in Rome counted more than 88,000 boat migrants who reached the country this year - most of them make it to Italian waters in their own boats. 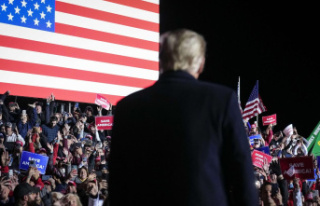