Bavaria: Markus Söder wants to boast about charity – that falls at his feet 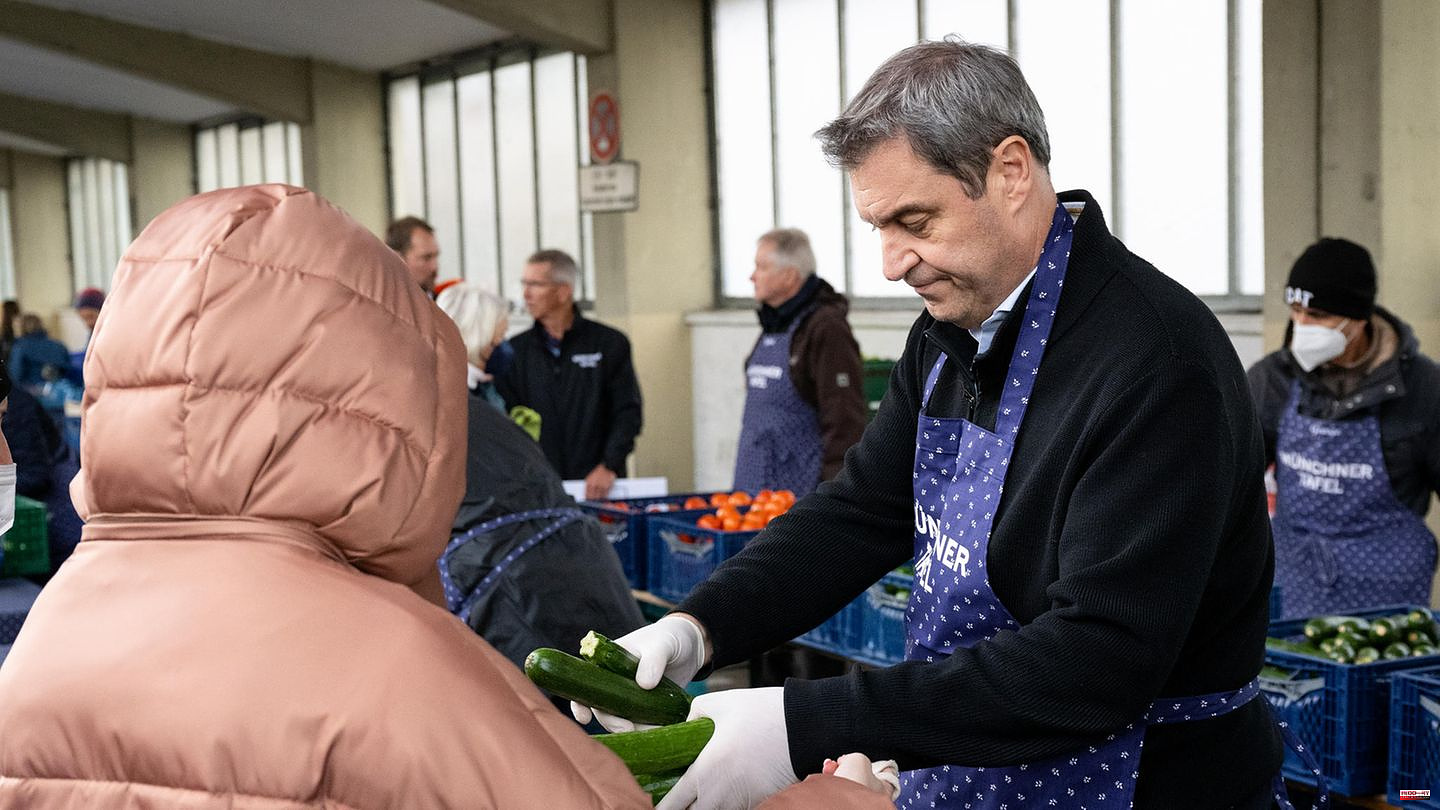 The CSU boss visited the non-profit association on Wednesday, found out about its work and even lent a hand and distributed food to the needy. And the state father had something else in his luggage in addition to thanks and recognition for the work of the food bank: he announced that the Munich food bank would be supported by the Bavarian state government with 25,000 euros for food purchases and added: "There alone, over 20,000 needy people are cared for every week provided with mostly donated food by 800 volunteers. What an achievement!" Overall, the Bavarian state government will support the 170 food banks in the Free State with one million euros in the coming year. "We should particularly support that as a state," said the Prime Minister. The support of the Tafel in the state capital is "unique", the Bavarian Ministry of Social Affairs told the star on request.

Söder's words after the visit sparked criticism in several ways. Among other things, many users of social networks are irritated by the relationship between the amount of support and the number of people in need: calculated over a year, 25,000 euros is about two cents per person per week, calculates the politically left-wing CDU and CSU-critical Twitter account " UnionWatch". Others refer to significantly higher amounts that the state government is making available for other purposes, for example millions in funding for battery research at the BMW car company (surplus in 2021: around 12.5 billion euros). Against this background, the promotion of the Tafel is described as "symbolic politics".

In connection with his visit to the food bank in Munich, Söder is also accused of being partly responsible for the social imbalance in the country, among other things due to his government's no to the citizens' benefit planned by the traffic lights in the Bundestag. The umbrella organization of food banks in Germany, to which the Munich association does not belong, recently said that the CDU and CSU wanted to make it "even more unfair for people affected by poverty".

Visiting a food bank or a comparable institution is always tricky for politicians, including Markus Söder - for one simple reason. Ulrich Schneider, President of the Parity Welfare Association, held up a mirror to the Prime Minister: "The panels actually do an outstanding job. But why? Because they have to. Because the state leaves the poor out in the rain. Finally make the standard rate poverty-proof. Then you can always do it still celebrate your alms," he wrote on Twitter. Marcel Fratzscher, head of the German Institute for Economic Research, agreed with him: "As a reminder: the existence of the panels (...) is only necessary because the state has failed in its task of securing basic services and the subsistence level of the people", explained the economist. Another Twitter user wrote: "Die Tafel is a private association that shouldn't even exist if the state were doing its job properly. To celebrate it is absolutely inhuman."

The fact that Markus Söder, as the formerly self-proclaimed leader of the “Caution Team”, had himself photographed during his visit to the table, unlike many other people present, without mouth and nose protection is only a side note in all the criticism.

Nevertheless, the people at the Münchner Tafel were delighted with the Prime Minister's flying visit and the financial support: "We really appreciate this visit, as well as the interest in our work, and thank you very much for this recognition and support!", explained the club on Facebook.

The Tafel in Germany have existed in their current form since the 1990s. In the meantime, the Fachverband Tafel Deutschland e.V. alone lists almost 1000 of these establishments. People affected by poverty usually receive food there free of charge, which is provided, for example, by supermarkets or private donors and donations. In the meantime, more than two million people in Germany are dependent on the Tafel – and the trend is rising, partly due to refugees from the Ukraine and inflation. The Tafel umbrella organization describes the high number of customers, a decline in food donations and the high psychological and physical strain on the approximately 60,000 volunteers as the current greatest challenges. He also criticizes the authorities for directing people to the boards. Federal Family Minister Lisa Paus (Greens) is the patron of the food banks in Germany.

1 Baerbock indicates a willingness to compromise when... 2 US Congressional Election: Republicans Win House:... 3 Hamburger SV: Mario Vuscovic had brilliant career... 4 Man City deny Ronaldo portrayal 5 Inka Bause: For the first time with her daughter in... 6 "Betting: The highlights of the XXL television... 7 MV Werften: Disney buys German cruise ship "Global... 8 Study: Exercising around this time is most beneficial... 9 Singer Schmyt: That's why he holds back on some... 10 Katerina Jacob cured of breast cancer: "Considered... 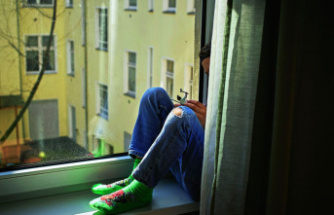 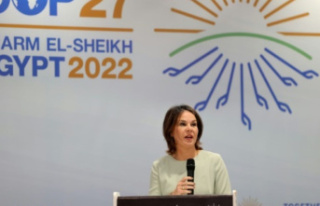 Baerbock indicates a willingness to compromise when...