Appearance in Moscow: It doesn't want to have been Putin: How the Kremlin ruler justifies his war once again

Vladimir Putin does not want it to have been. 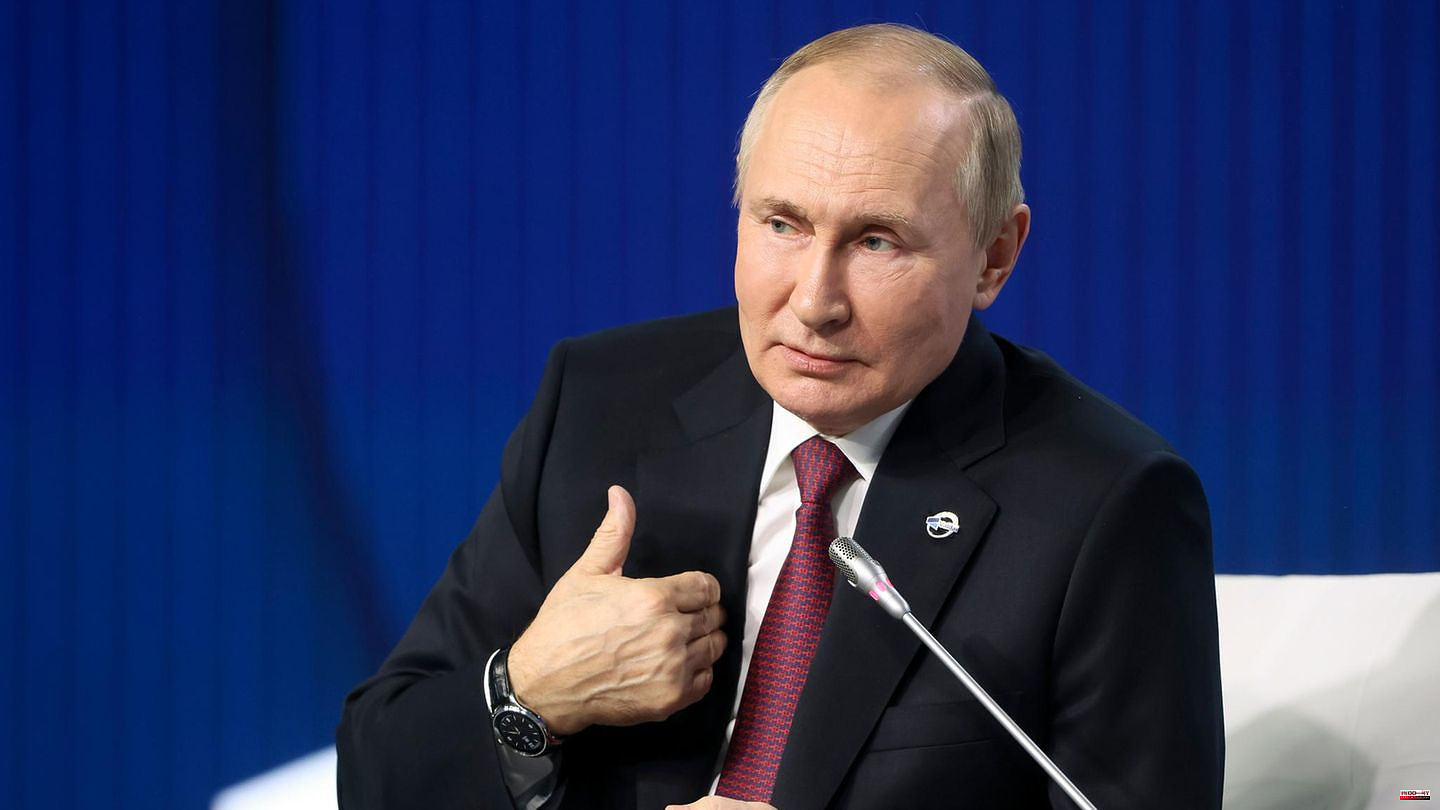 Vladimir Putin does not want it to have been. Russia invaded Ukraine in violation of international law? The West gave its country no other choice. Russia threatens to use nuclear weapons? If anything, it's only because the West started it. Russia doesn't let itself be talked to? Yes, but the West doesn't want to.

Many of the diffuse and increasingly confused allegations made by the Russian President are not new. Nonetheless, she repeats it to Putin with demagogic persistence, arguably in an effort to ensure that something sticks to his dizzying narratives and distracts from the facts plaguing him both on the battlefield and at home.

This also happened at a Moscow discussion forum on Thursday afternoon. There, the Russian President spoke for several hours about his view of things, or rather about all the nonsense that the "aggressive West" from Vladimir Putin's point of view is trying to impose on the entire world.

The speech was widely expected to be some sort of keynote address. This has become a bizarre justification for Russian military action. The short summary: Russia is not the problem, says Russia's president.

Putin verbally lashed out at the West trying to impose its rules and liberal values ​​on others. The "tectonic changes" in Ukraine showed that the supremacy sought by the USA in a monopolar world is a thing of the past. The "historical period" of Western dominance is coming to an end. And Russia will not accept the "dictates" of a "neo-colonial West".

"The West is not in a position to lead humanity alone, no matter how desperately it tries," Putin said. And: "Unlike in the West, we don't step into someone else's yard." That was also said by the Russian President, who ordered the Russian military to invade Ukraine eight months ago.

This is, of course, utter nonsense—which Putin himself might even want to believe—but it follows the Kremlin's common spin that Russia faces a threat from the West in general, and from NATO in particular, and must fight back.

The goal is obvious: to set the narrative, i.e. the interpretation of Russia's war. This has changed in the course of the fighting sometimes spectacularly .

"The first Russian narrative was that 'Nazi Ukraine' posed a threat to Russia's security. Russia must defend itself against this looming threat," wrote political scientist Gerhard Mangott of the University of Innsbruck on Twitter. "The second narrative was then that the collective West was waging war against Russia and wanted to destroy and dismember Russia. The war is therefore an existential question for the Russian state."

Putin now tried to play on both narratives. Regarding the reasons for the war, he once again said that Ukraine's efforts to join NATO were not compatible with Russian security interests. "The NATO expansion to include Ukraine was totally unacceptable to us and everyone knew that and they ignored it," Putin claimed. "Russians and Ukrainians are historically one people. It's almost like a civil war is going on right now," he continued.

Putin allegedly ordered the Russian "special operation" to save the Russians in Ukraine from an alleged "Nazi" regime and "genocide". It wasn't a "war" because it didn't have to be - at least according to his worldview. However, Ukraine defended itself against the supposed "liberation" by Russia and inflicted heavy losses on the battlefield on the battlefield of the invaders in their defensive struggle. Not least through military support from Western countries, which gradually became the real enemy in the Russian narrative.

In Moscow, Putin accused the West of striving for global domination and of dictating conditions to other nations in a "dangerous, bloody, and dirty" manner. "Power over the world is what the so-called West is betting on in its own game. But it's a dangerous game," Putin said.

Following this argument, Putin denied that Russia had considered using nuclear weapons against Ukraine. "We never intentionally said anything about the possibility of Russia using nuclear weapons," he claimed. The only reaction was with references to corresponding threats from Western leaders. "We don't have to do that (the use of nuclear weapons, editor's note)", said Putin. "That makes no sense to us, neither politically nor militarily."

Mind you: it was Putin himself who once again threatened to use nuclear weapons, as did pro-Kremlin supporters of war (read more about this here). On Wednesday, the Russian President will oversee a training exercise by the nuclear forces. Especially since previous assurances from Moscow about its own intentions have proved unreliable: in the days leading up to the Russian invasion, Moscow denied any intention of attacking Ukraine.

"It's a trick - it shouldn't let anyone relax," Russian political scientist Tatiana Stanovaya told the New York Times. "Putin's goal is to show that escalation is the product of Western politics."

And so Putin also reiterated Russia's claim that Ukraine was building a "dirty bomb," that is, a conventional bomb laced with radioactive material. Allegedly, according to Putin, in order to blame Russia after a mission.

Recently, Ukraine and several of its Western backers have dismissed the claims -- for which Russia has so far provided only fake "photo evidence" -- as disinformation. Rather, it is assumed that the Kremlin itself could be looking for a pretext for the possible use of a nuclear weapon (read more about this here).

Putin's confusion is obviously aimed at maintaining the threat against Ukraine and the West. Possibly also to justify a further escalation of the war to its own population, which from the Russian point of view was recently characterized by several failures.

Because Russia is ready to negotiate, Putin has now repeatedly asserted - although the government in Ukraine, under the influence of the USA, has decided against such talks. I guess that means: The West is to blame and Russia has practically no choice but to continue the "special operation".

"I have always believed and believe in the power of common sense," Putin said. "I am therefore convinced that sooner or later the new centers of the multipolar world order and the West will have to start a dialogue on an equal footing."

The question still remains as to which West the Russian President wants to talk to - because there are "at least two" of them, according to Putin. According to political scientist Mangott, this is the third narrative with which the Kremlin is trying to justify its war.

"Now the third narrative is that a clash of civilizations is taking place," he wrote on Twitter. "Between a morally degenerate, satanic West and Christian Russia, bound by traditional morality. It's now about Russians being able to continue their way of life."

According to Putin, the Russians feel connected to one West: the one with "traditional, mainly Christian values." But there is also "another West - aggressive, cosmopolitan, neocolonial, acting as a weapon for the neoliberal elite" and trying to impose its "rather strange" values ​​on everyone else. Putin peppered his remarks with references to "dozens of genders" and "gay parades."

Putin's speech, which was far from factual, and a subsequent question and answer session, in which Russia's difficulties on the battlefield were only sparsely discussed, lasted around four hours. What is left to hold onto? Mykhailo Podolyak, an adviser to Ukrainian President Volodymyr Zelenskyy, has tried.

"Every speech by Putin can be summed up in two words," he wrote on Twitter: "After Freud." Putin accuses the West of violating another country's sovereignty when he himself has done just that. "Whoever sows the wind will reap the storm," continues Podolyak. "The storm is coming." 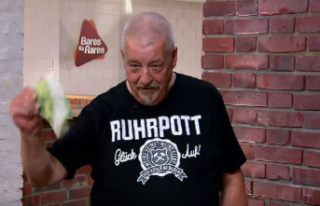