This week's new: Documentaries on Fauci, Bieber and 'Buried' 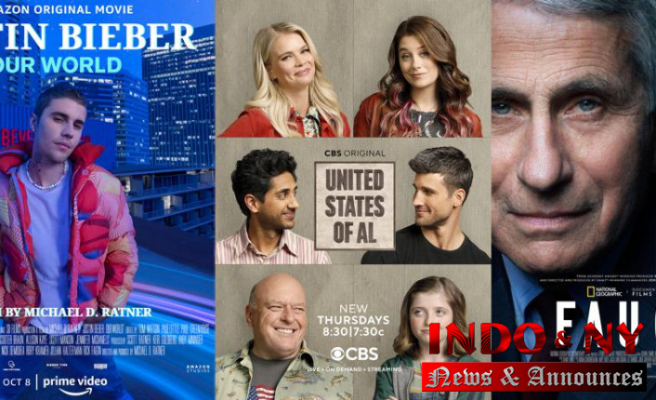 Below is a list curated by The Associated Press' entertainment reporters of what's on TV, streaming services, and music platforms this week.

Janet Tobias and John Hoffman's "Fauci", the first big-screen documentary about the nation's most prominent infectious disease expert and the face of the COVID-19 epidemic, is now available. It is a personal portrait of a long-serving public servant, whose fame has increased dramatically over the past 18 months -- and brought heaps far-right ridicule on the veteran of seven White House administrations. After a three week run in theaters and a screening on Disney+, the film by Nation Geographic will premiere this week on Disney+. It focuses on the doctor's career, but also focuses on the AIDS crisis that shaped him as a public-health official.

It's funny that Justin Bieber is the director of one of the most successful documentaries. "Justin Bieber's Never Say Never" earned $73 million in 2011 at the box-office, a nonfiction total that was only beaten by "Fahrenheit 9/11", and "March of the Penguins". A lot has happened in the intervening ten years for Bieber as well as the movies. "Justin Bieber's World" will debut Friday on Amazon Prime. It tracks some of the changes in the now 27 year-old pop star, while also focusing on preparations for his first concert in three years -- a New Years Eve 2020 show in Beverly Hills.

Bieber is not the only pop star to release a documentary this week. Paramount+'s concert film "Madonna - Madame X" will premiere Friday. It features the 63-year old singer as an international secret agent, who she used to frame her 2019 album. Madonna performed in a series of intimate, smaller venues on her "Madame X” album tour. This was the first time Madonna has played in this setting in decades.

Natalie Hemby, a Grammy-winning songwriter, has established herself as a hitmaker in Nashville, working with Miranda Lambert, Kacey Mulgraves, Little Big Town, Lady Gaga and Kacey Musgraves. Hemby's second solo album, "Pins and Needles," will be released on Friday. This album features Hemby's sharp lyrics and country-rock-influenced melodies. With the drama and sassy of Lambert, think Sheryl Crow or Sarah McLachlan. "Pins and Needles" features co-writes by Lambert, Brothers Osborne and Maren Morris.

Old Dominion, a country group, was known for being a talented songwriter and energetic performer. They had multiple chart-topping singles as well as many hits for other artists. Matthew Ramsey, the vocalist, composed all of the songs for their new album, "Time, Tequila and Therapy." It was recorded in Asheville, North Carolina, over a week-long trip. The group found out that Gladys Knight, a legendary soul singer, also lived in Blue Ridge Mountains. They were so excited to have Knight sing with them on "The Lonely Side of Town", which combines Knight's smooth vocals and the backing harmonies of the group.

CBS' "United States of Al", a CBS-produced comedy, tackles a sad story that it is uniquely positioned to tell. The comedy is a buddy comedy that focuses on Riley, a combat vet who fought in Afghanistan, and Awalmir (aka Al), the Afghan translator he helped bring to America. The second season debut of the comedy airs Thursday at 8:31 p.m. ET. Al and Riley race to rescue Al's sister from Kabul following the fall of the Afghan capital. CBS claimed that the episode was inspired in part by the stories of Afghan writers and veterans who worked together to evacuate loved ones. Paramount+ will stream the episode on Friday.

Showtime's Docuseries "Buried" explores the aftermath of a 1969 California murder trial that was prosecuted on the basis of a claim to recalled memory. Eileen Franklin claimed that her father had raped, killed, and nearly murdered Susan Nason, a childhood friend. This was almost two decades ago, when Susan was eight years old. The documentary's four-part format, which premieres Sunday at 9 p.m. ET, explores the controversy surrounding the validity of such memories. Experts, family members and neighbors offer their views on the tragedy that resulted in an overturned verdict.

The brothers Ilmar and Aldo Lopez Garcia-Gavilan were born in Cuba in 1970. Their success was marked by their separation. Ilmar, a Cuban teenager, left Cuba to become a chamber violinist in America (after completing his studies in the Soviet Union). Aldo, a pianist, was taught by Cuban jazz and classical musicians. He gained respect in his homeland. The U.S.-Cuban relationship had made it impossible for them to have a collaborative opportunity. The story of the Afro Cuban siblings is told in "Los Hermanos/The Brothers", a documentary directed by Marcia Jarmel, Ken Schneider, and available streaming on PBS.org through October. 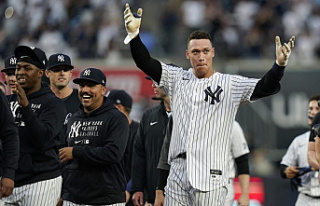