Madrid begins the procedures to protect the Aleixandre Archive, the most important of the Generation of 27

For many it is the most important documentary collection of the Generation of 27. 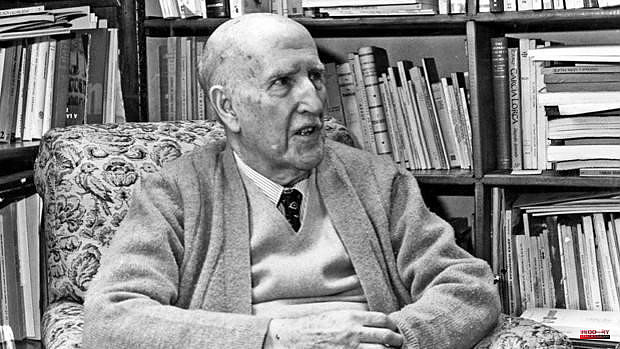 For many it is the most important documentary collection of the Generation of 27. It consists of thousands of documents and letters from practically all the Spanish writers who achieved some importance in the 20th century. There are unpublished manuscripts, editorial contracts, speeches. Also a library of more than four thousand copies, almost all dedicated. We are talking about the Vicente Aleixandre Archive, a literary treasure in private hands that the Community of Madrid wants to declare as an Asset of Cultural Interest (BIC), the maximum protection offered by legislation, to prevent its export. The initiation procedure has already begun and has been published this Friday in the Official Gazette of the Community of Madrid (BOCM), and must be completed within nine months from today.

After years in which no one had seen the file, which was shrouded in mystery, community experts have been able to analyze it in depth ("paper by paper") for four months, ABC has learned. They have verified that it covers from the twenties of the last century until the poet's death, in 1984, and affirm that the set "represents the living memory of the poet and is of great importance as a documentary set to understand the history of contemporary Spanish literature" . They point out that there are original and unique documents, impossible to find elsewhere, and that the collection is of great interest due to the variety and importance of the assets that make it up.

The Community of Madrid specifies in the BOCM that the documentary part of the archive is made up of more than 6,400 writings and includes unpublished and galley proof texts of his works with notes. In addition, of course, there is the mythical correspondence of Vicente Aleixandre, who corresponded with the great figures of Spanish literature of his time. There are Pío Baroja, Gregorio Marañón, Luis Cernuda, Max Aub, Rafael Alberti, Gerardo Diego, Luis Antonio de Villena, Luis and Leopoldo Panero, Octavio Paz, Luis Alberto de Cuenca, Carmen Balcells, Camilo José Cela, Jaime Gil de Biedma and José Manuel Caballero Bonald, among many others. There are also family letters, publishing contracts, documents on copyright settlements, account statements, insurance and tax payments, scores of poems set to music, interviews, speeches... In short, the record of the life of a Nobel Prize winner.

These documents are the property of Ruth Bousoño, widow of Carlos Bousoño, close friend of Aleixandre. Months ago, she stated her intention to sell the archive, for which five million euros were to be paid in 2007, in an operation with the public administration that was later cut short. She now tells this newspaper that she is happy that the Aleixandre Archive is protected as a BIC. A new appraisal has not yet been made that allows it to be valued economically.

The community technicians believe that the documents are not in the best conservation conditions. «Both the manuscripts and the books included in the Archive are installed in inadequate plastic containers for their correct conservation. It has been possible to verify the use of clips in some manuscripts, which is very damaging to the documents, since these elements can oxidize the paper”, they warn in the resolution published in the BOCM. In addition, in the forms they have detected «dirt accumulated by time; acidity, in many volumes, due to the type of paper used for its publication. In some cases, there are traces of moisture, quite a few detached covers, torn shirts (deterioration due to use and the passage of time)». All in all, they value the general condition of the archive as "good", although they make a series of recommendations for its better conservation and ask that a correct cataloging be done and that it be reordered following archival criteria.

From the community they affirm that they are in the first phase of the procedure. They have done a preliminary analysis of the documentation. It is now necessary to make a correct cultural and patrimonial assessment of the complex.

Aleixandre's library is made up of copies published between the end of the 19th century and the end of the 20th. There are his works, and there are also copies of his companions from the Generation of 27, the Postwar Literary Generation and South American poets, all of them dedicated by their authors to Vicente Aleixandre. There are many magazines from various poetic movements, a very important specialized collection, which includes essential titles such as 'Litoral', 'Escorial', 'Ínsula' and 'Tránsito', among many others. All this legacy could "give an idea of ​​the possible influences of his work", according to the researchers.

«The importance of the documents lies not only in the fact that they are original manuscripts, but in the information and data they provide us, which allow us to know the figure and the creative world of their producer, as well as the relationship maintained with poets, writers and intellectuals contemporary to the poet”, they add.

There are also objects of great value or interest in this set: a large portrait of John Ulbrich, an engraving by Joan Miró dedicated to Aleixandre, the tailcoat he wore at the entrance ceremony at the Royal Spanish Academy, his glasses, his cape and a death mask that was commissioned on the poet's death in 1984.

1 Patti Smith and the glory routine 2 An exhibition reveals the most mature look of Laxeiro... 3 Play the 'online escape room' created by... 4 The Government considers the crisis in Catalonia to... 5 Traveling by direct Alvia train from Castilla y León... 6 Government discards breakwaters that could save Albufereta... 7 This is how the Civil Guard caught the fugitive Miguel... 8 The Government does not confirm a meeting between... 9 Ecuador rejects Indigenous protesters' dialogue... 10 They force the mayor of Añover de Tajo to convene... 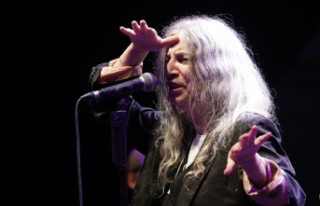 Patti Smith and the glory routine