I have no idea what you have planned for 2023, but: Best intentions are like everything that happens with intent - there is rarely anything positive that comes out of it. 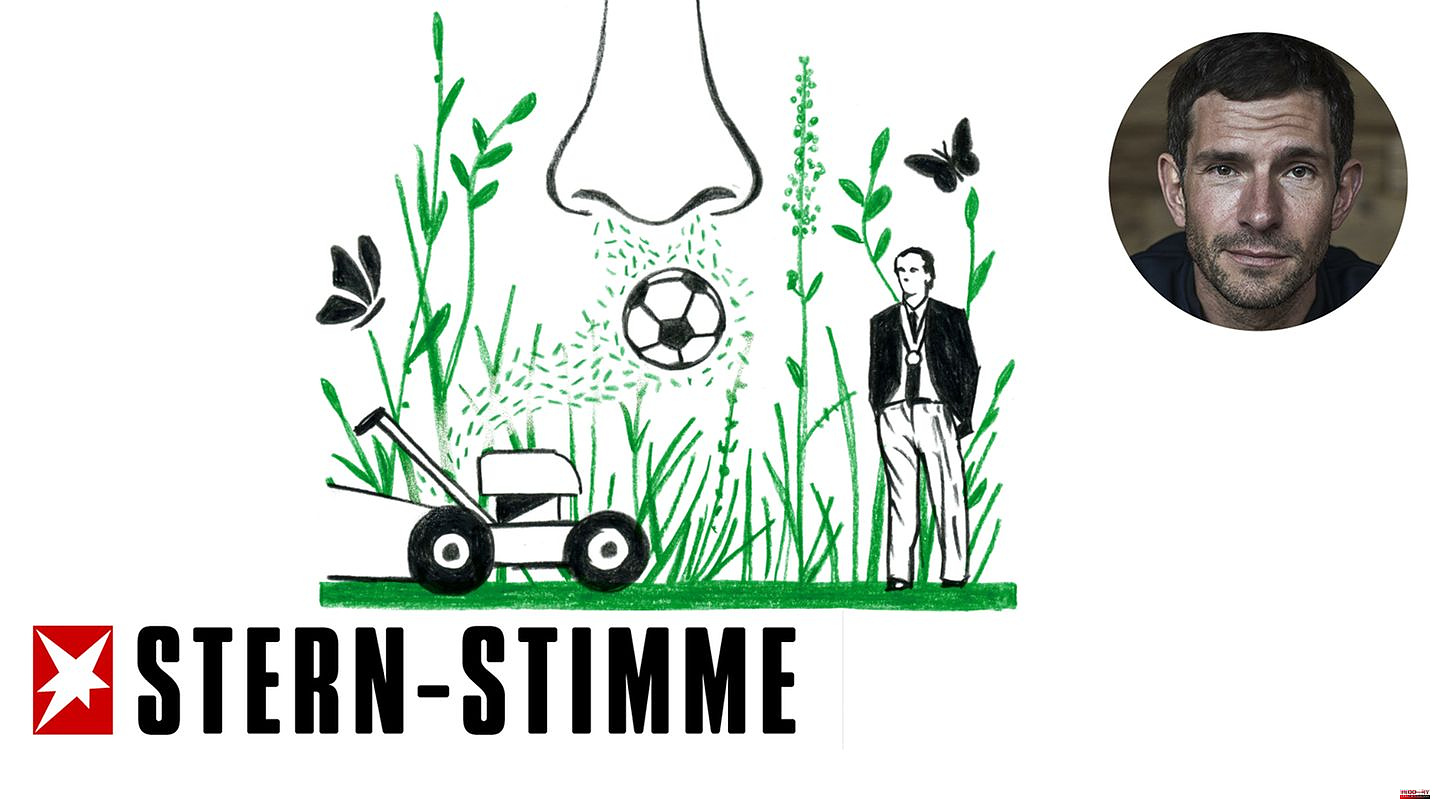 I have no idea what you have planned for 2023, but: Best intentions are like everything that happens with intent - there is rarely anything positive that comes out of it.

Let's talk about certainties. For example, the fact that the days are getting longer again. You just don't notice it when it's still as dark at eight as the soul of East Westphalian pig barons. And yet it gets better. It's brightening up.

I'm longingly awaiting the smell of grass. By which I don't mean unleashed potheads that Lauterbach let off the chain, but a real meadow. The lush green with which I associate so much lightness.

Well, wait: wasn't it exactly these 500 square meters that tormented me every Saturday as a 13-year-old? Week after week I mowed these wretched stalks. That tedious tracking, that stupid back and forth, and worst of all, lugging that collection bag to the compost heap, under the top layer of which it was so strangely hot and seething.

My name is Mickey Beisenherz. In Castrop-Rauxel I am a world star. Elsewhere I have to pay for everything myself. I'm a multimedia (single) general store. Author (Extra3, Jungle Camp), presenter (ZDF, NDR, ProSieben, ntv), podcast host ("Apocalypse and Filter Coffee"), occasional cartoonist. There are things that strike me. Sometimes even upset me. And since the impulse control is constantly jammed, they probably have to get out. My religious symbol is the crosshair. The razor blade is my dance floor. And just now it itches in the feet again.

There wasn't even any money for it because my parents were of the downright mistaken notion that as part of a community you can sometimes do things for free. crazy i know

What have I dreamed of these ride-on mowers, with which groundskeepers circle majestically over the stalks. On the other side there was our neighbor who was still pushing his mechanical prehistoric mower with difficulty in order to rake up the lawn afterwards. Sensationally impaired top managers pay a lot of money for something like that these days.

If I smell freshly mown lawn today, the scent beams me back to the time when life was still free and without a contract. This smell means departure and play. In all the obligations and duties, it is a freshly cut meadow that appeals to my childlike self. Few scents make me happier than this one.

He's so timeless. It doesn't matter whether you come out of a mowed meadow with a ball under your arm at the age of seven or at 47. On the stalks that mean the world, everyone is the same, regardless of whether they have herringbone parquet or laminate at home.

Not a visit to my parents' house doesn't end with my brother and I flanking his sons in the backyard and practicing diving headers while my mom's rhododendrons are just as threatened as they were then.

My childhood was shaped by more or less manicured green spaces. There were as many wild meadows as there are Rewe City branches today. Adventure zones broken only by trees or a few heavy stones, under which whole microcosms were located. In the back part of the garden, my grandfather had apple, plum and cherry trees, gigantic prehistoric giants, at the foot of which I built my Playmobil worlds.

The home garden as an Easter meadow. Bumblebees, from somewhere above the sound of a sports plane and three houses away a neighbor who is mowing the lawn for the first time of the year.

A job that a robotic lawnmower named Franz has long since taken over for my parents. A name that the robot has earned because it circles around the square as lonely as Franz Beckenbauer did after winning the World Cup on a summer night in Rome.

1 He would have turned 100: Stan Lee gets his own Marvel... 2 Stock exchange in Frankfurt: Dax continues to weaken... 3 Energy crisis: Gas storage facilities again post a... 4 Tips and Chargers: How to get your motorcycle battery... 5 Corona in China: eyes closed and through? How China... 6 Simply Eating - The Pleasure Column: Poured and Stirred:... 7 Catholic Church: Ansa: Benedict's health condition... 8 Russian war of aggression: air raid in Ukraine - heavy... 9 Catholic Church: Ansa: Benedict's health condition... 10 James Corden: He wanted this iconic role in "Lord... 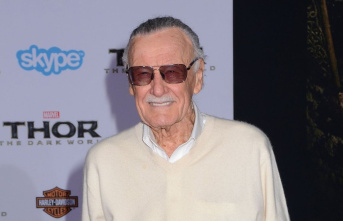 He would have turned 100: Stan Lee gets his own Marvel...