The Spanish festival scene is getting older, and this year, in addition to Primavera Sound, one of the most beloved by rockers, if not the most, has joined the club of 'twenties'. 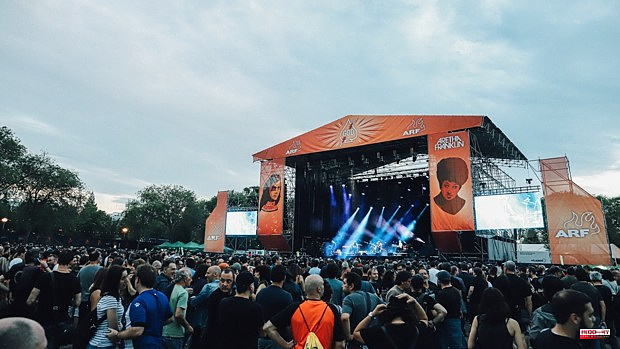 The Spanish festival scene is getting older, and this year, in addition to Primavera Sound, one of the most beloved by rockers, if not the most, has joined the club of 'twenties'. Azkena Rock Festival celebrates its 20 years of history on June 16, 17 and 18 at the already mythical Mendizabala, in Vitoria-Gasteiz, in which it will be a very special edition with Patti Smith, godmother of rock, accompanied by great names such as The Offspring, The Afghan Whigs, Social Distortion, Emmylou Harris, Suzi Quatro, Fu Manchu, Drive-By Truckers, Jerry Cantrell, The Toy Dolls, Michael Monroe, Soziedad Alkoholika or Morgan, among other bands. On the occasion of the anniversary, the festival has one more day this year, Thursday, to which is added as a 'bonus track' the program of the Trashville tent, the most exciting and powerful stage, with the incorporation of the tribute to the Cramps number one in the world, Teenage Werewolves, the incombustible Micky and Los Colossos del Ritmo and the retro-garage-punk duo Lord Diabolik.

But the extra ball does not end there and Surfbort, a band that offered one of the wildest and most memorable concerts of the 2019 edition, joins the ranks of the Friday poster.

A large selection of DJs made up of Zombierella, Eneida Fever!, Tito Ramone, Runaway Lovers DJs, Alex Dbdb, Wendy Pelayo, Cheries Djs, Adrián vs. Santo and Estrella Electronica will put their dishes at the service of the night so that the best rock n' roll closes each day of the festival. The fun will continue off the stage, in the fields of Mendizabala and it does so with a special program of which we are revealing only a few details today: Wall of Death, one of the attractions that has most fascinated the ARF public, a classic by now, and through whose vertical walls acrobat motorcyclists ascend at great speed while a band plays live in the center of the cylinder. The action does not end here and this year, for the first time there will be bumper cars on the festival grounds, action to the rhythm of rock n' roll, anticipation of other surprises to come.

Nor will this reunion with the public be missing the traditional appointment in the Plaza de la Virgen Blanca, an emblematic enclave in which the festival approaches the heart of the city with concerts with free access and for all audiences at 1:30 p.m. Friday and Saturday. On Friday morning the elegant Alexis Evans, considered the prodigy child of French soul, will make the public dance on a trip to a 50's club. On Saturday it will be the turn of Kim Lenz, high representative of today's rockabilly. The American edition of Rolling Stone magazine even said of her that "if Elvis had been a woman, she would probably have sounded like Kim Lenz", but the truth is that Kim Lenz does not need comparisons.

This Tuesday, in addition, the Paseo de las Estrellas was inaugurated, another nod to the city that hosts the festival, and a place where homage is paid to the main bands that have marked the history of Azkena over these two decades and that, without a doubt, are essential names in the history of international and national rock, where they appear from indisputable legends such as Bob Dylan, Patti Smith, Kiss, Iggy

Sonorama Ribera 2022 is also approaching, a long-awaited edition in which the Arandino festival will celebrate its 25th anniversary in style with a very extensive line-up that ranges from the most current and modern rhythms of C. Tangana, which arrives for the first time in Aranda de Duero with the presentation of 'El Madrileño', one of the most successful national albums in recent years, to the songs of the festival's great 'indie' friends like Izal, who return to the main stage with their new work ' Home', which came out last October, and with an indefinite farewell ahead. Another of Sonorama Ribera's great friends who can be seen live again will be Rozalén, with whom the festival is reunited after having been awarded a Goya for one of the songs on the album that she presents on this new tour. One of the great surprises of this poster is Jeanette, who is also celebrating, since 'Soy rebel', the song that consecrated a career of almost 70 years, turns 50.

Another of the most special moments that will take place this year in our venue will be the 25th anniversary concert of the festival, and there will also be groups and artists such as Coque Malla, Egon Soda, Fuel Fandango, Future Islands, Mikel Erentxun, Niña Polaca, Rufus T. Firefly, Bizarro Love Triangle or We Are Not DJ's, among many others.

«There are people who say that twenty-five is the best age. Because you reach a certain sentimental maturity, because it is probably when you can enjoy yourself the most with your friends or invest more time in traveling and in the things that you like the most”, says Javier Ajenjo, director of the festival. «For Sonorama Ribera, twenty-five years is an age in which we look back and can do nothing but feel proud. Proud of a team that has done nothing but grow in every way. Proud of a land that has accompanied us and supported us in every step we have taken. And proud of an audience that has been multiplying year after year».

1 The PP asks for explanations for the participation... 2 The emotional video in which Manuel Carrasco dedicates... 3 "Spain has to rebalance the balance in North... 4 Twelve Dads Talk About How the Pandemic Changed Their... 5 Aspiring national police: "This is not an opposition,... 6 Can we time travel? Some answers are provided by a... 7 This was the meeting of the Bilderberg Club in which... 8 Mañueco announces a special plan for the Sierra de... 9 Ayuso creates 1,232 more places for people with disabilities 10 BIC for the 500 years of architectural faith of the... 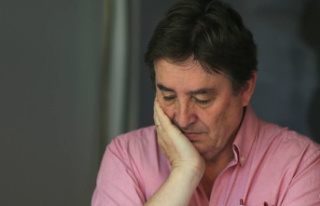 The PP asks for explanations for the participation...