"Spain has to rebalance the balance in North Africa"

Anyone who knows the ins and outs of a country like Algeria knows that Pedro Sánchez's declaration accepting Morocco's autonomy over Western Sahara is considered a betrayal of the principles of the Algerian Republic. 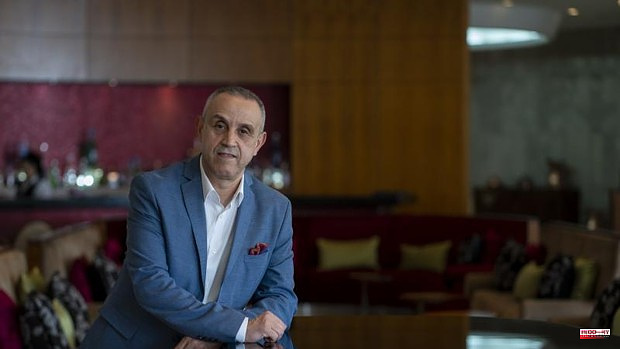 Anyone who knows the ins and outs of a country like Algeria knows that Pedro Sánchez's declaration accepting Morocco's autonomy over Western Sahara is considered a betrayal of the principles of the Algerian Republic. One of the people who best knows how the internal and external politics of the North African country works is Arslan Chikhoui. Specialist in geopolitics, professor of international relations and expert on the Mediterranean, he receives ABC in Algiers to talk about the latest events between two twinned countries that have now severed diplomatic relations.

-What does the decision of the Government of Pedro Sánchez mean for Algeria accepting autonomy for the Sahara?

-In Algeria this change of position of the Spanish Government has been experienced as a betrayal. A betrayal, because Spain has always remained neutral on this matter, which is very important to us.

It's a matter of principle, that's why we feel betrayed. Our relations go back a long time and have always been very deep, based on good neighborliness. Spain is just 30 minutes from Algeria and there is a clear relationship of brotherhood and friendship. There has never been such a betrayal between the two countries. Without a doubt, it is a very complex situation.

-Algeria's reaction has been very forceful: annulment of the Friendship Treaty, suspension of trade relations...

-That's how it is. Spain has violated one of the principles of the Charter of Independence of our country. It was Mr. Sánchez who has caused all this. And Algeria is playing her cards. The problem is that the Spanish president and his government have not understood that relations between the two nations go beyond gas and trade. Is Spain only interested in that of Algeria?

-Well, there is extensive collaboration between the two countries in terms of immigration and also in the fight against terrorism...

-We are neighbors, so we share the good, but also the bad. Both the migratory flows and the fight against terrorism in the Maghreb and throughout the Sahel are common issues that we have to deal with. All this relationship cannot be broken by an incomprehensible decision of the Spanish Government. Much is at stake.

– What economic and diplomatic implications will it have?

-The most affected will be Spain. The suspension of the Treaty of Friendship, Cooperation and Good Neighborhood and Adef's decision to freeze direct debits are already having an economic impact, especially on Spanish companies.

-Yes of course. But Algeria has already been preparing for the diversification of its partners for some time. Algeria is the one that can choose; Spain does not, and we were already looking at countries like Turkey, China or others from the European Union. In a new geopolitical context whose contours are being drawn with a recomposition of alliances, Algeria is in favor of reliable bilateral associations.

-Effectively. Italy, for example, has become a good ally for the gas trade. There is also Portugal. It is true that what happened will affect Algerian companies, but nothing compared to Spain, since the Algerian company is not an exporter and what it does not find here it will look for elsewhere.

–In a context of global recession, with the war in Ukraine... We didn't need a crisis in the Mediterranean between Algeria and Spain. Above all because your country is in a privileged geostrategic situation. Or it was, because now that position, for us, has been disturbed. Spain had everything to be an energy 'hub' for all of Europe. Being the key distributor of Algerian gas... For now it will continue to be so. But without a doubt confidence has been lost and hence the diversification and the search for other partners in the European Union.

-Spain made a mistake by going to the European Union to intercede or support it on this issue. This is a bilateral crisis. But we must make it clear that this decision does not imply added pressure for us; here it is considered to be a crisis between Spain and Algeria, nothing more. A bilateral and not a multilateral crisis, and going to the EU only makes the situation worse.

– Are you worried that Brussels will take a hard position against Algeria and affect the 2005 treaty?

—I repeat. This is a bilateral crisis and as such the EU has nothing to do with it. In addition, Algeria considers that this agreement is quite unfavorable to its interests and that it should be reviewed. In other words, it has more harmful elements than beneficial.

–Has Spain taken sides with Morocco?

-It has done. Algeria's position with the Sahara is irrevocable. Our country cannot compromise with the position of the Spanish Government. If we want to move forward, Spain has to reestablish the balance in North Africa.

-In the Algerian press they branded Albares as a "pyromaniac" and Nadia Calviño linked the crisis in Algeria with Russian interference.

-These outbursts do nothing more than maintain the tension between the two countries and make reconciliation take longer to arrive. These crises can only be resolved through dialogue, patience and trying to value common interests that allow us to move forward. Now Spain has to adopt a reassuring tone and not one of tension in order to reach a second phase, which is that of dialogue. Now there isn't and that has to change. With these Spanish ministers or with others, we have to work from now on so that the balance is rebalanced.

1 Twelve Dads Talk About How the Pandemic Changed Their... 2 Aspiring national police: "This is not an opposition,... 3 Can we time travel? Some answers are provided by a... 4 This was the meeting of the Bilderberg Club in which... 5 Mañueco announces a special plan for the Sierra de... 6 Ayuso creates 1,232 more places for people with disabilities 7 BIC for the 500 years of architectural faith of the... 8 The Civil Guard investigates a resident of Arroyomolinos... 9 A copy shop in Fuenlabrada, the closest zone of the... 10 Eugenio and Lorenzo liked it, but the swords were... 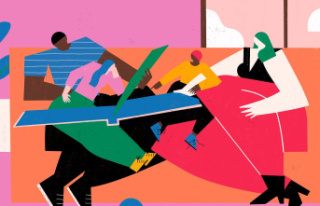 Twelve Dads Talk About How the Pandemic Changed Their...