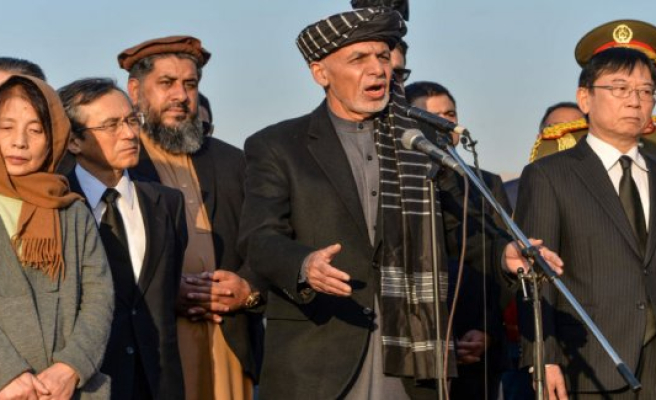 Preliminary election results show on Sunday that the afghan president, Ashraf Ghani, will get the majority of the votes after the election in september.

According to the independent election commission in Afghanistan won Ghani 50,64% of the vote, while his rival, Abdullah Abdullah, was 39,52 percent.

the Message from Abdullah's office is that he will contest the result.

- We will once again make it clear to our people, supporters, election commission and our international allies that our team will not accept the result of this fake vote, unless our legitimate demands of the people, he writes in a statement.

Candidates have the opportunity to lodge complaints before a final result is published.

The preliminary results were originally supposed to have been ready for the 19. October. But it was repeatedly delayed because of technical issues and allegations of fraud.

According to the election commission, the total turnout for the election of 1.9 million. This means that only about every fifth of the registered voters voted. The country has a total population of 34 million.

the Plan was that the autumn elections would be the cleanest in the history of Afghanistan's young democracy.

But nearly a million of the initial 2.7 million votes were annulled because of irregularities.

In total, 9.7 million people the opportunity to vote at the autumn elections, which is the fourth since the Taliban regime was overthrown. It happened at a amerikanskledet invasion in 2001.

voter Turnout is also much lower than in the last presidential elections in 2014. Here voted about seven million people. 31-year-old man found - has been missing since Friday