The scenario of very high inflation until after the summer, which from September is attenuated significantly (until closing the year at a CPI rate close to 4%) and which throughout 2023 normalizes to stand at a around 2%, which is the one on which the Government has built its forecasts and the one that the consensus of analysts has assumed as most likely, is a utopia for the OECD. 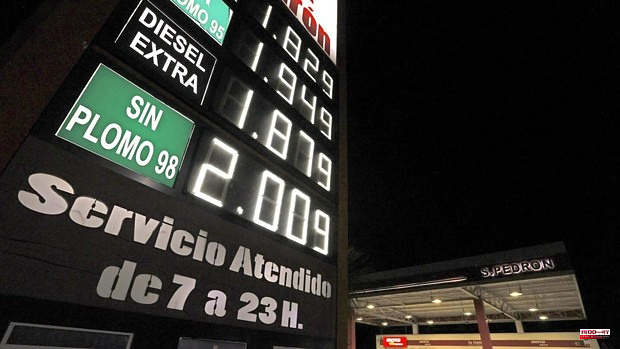 The scenario of very high inflation until after the summer, which from September is attenuated significantly (until closing the year at a CPI rate close to 4%) and which throughout 2023 normalizes to stand at a around 2%, which is the one on which the Government has built its forecasts and the one that the consensus of analysts has assumed as most likely, is a utopia for the OECD.

Yesterday, the international organization released the update of its forecasts for Spain for this year and the next and blew up the picture that had been painted to date on the expected behavior of the Spanish economy for 2023.

His gaze is more pessimistic and it is because of inflation.

The OECD does not believe that soft landing up to around 2% predicted by institutions and analysts and expects that inflation will not only put more pressure than expected this year but that its escalation will continue throughout 2023 with an average annual increase of 4.8% of the general index and 4.5% of the underlying rate, which shows the evolution of the most stable core of the shopping basket, excluding energy and fresh foods.

An average of 4.8% per year after the increase of 8.1% that it forecasts for this year outlines an inflationary escalation unprecedented in the recent history of Spain, which not a single analysis institute has dared to predict. According to the analysts consulted, this evolution would imply the materialization of the most pessimistic scenario envisaged. “Our forecast is that inflation will be around 2% on average next year and we continue to maintain it today. The international consensus does not predict a scenario of prices as accelerated as the one proposed by the OECD, "says Gregorio Izquierdo, general director of the Institute of Economic Studies.

The CPI forecast comfortably doubles the forecast of the Bank of Spain, the consensus of national analysts and even the forecasts of international organizations, which range between 1.3% and 2%.

The OECD understands that the slack in the labor market –it foresees an increase in the unemployment rate in 2023– and a relative transmission of inflation to wages will help contain the evolution of prices, but that inflationary pressures will continue to be high because it gives for granted that EU embargoes on Russian oil will continue.

All this will significantly affect the growth of the Spanish economy. The OECD estimates that the war in Ukraine is going to subtract about one and a half points from Spanish growth this year, from the 5.5% it forecast in December to the 4.1% it released yesterday and which underlines the confluence of analysts in a growth for this year increasingly close to 4%.

Although the most relevant impact will occur next year. The report published yesterday by the international organization predicts a GDP growth of only 2.2% for 2023, more than one point lower than what the Government forecasts (3.5%) and significantly lower than what analysts predict (around to 3%).

The OECD forecasts that next year inflation will contribute more to the nominal growth of the economy than real growth, which will be hit by the rise in prices.

It's not all bad news. The analysts of the international organization understand that the effect of inflation will serve to accelerate the process of fiscal consolidation of the Spanish public accounts for which it predicts a strong adjustment from the current 6.9% to 4.2% in just two years. There will be a nominal reduction in the deficit and also in public debt, which will fall to 113.1% in the same period.

Even so, the OECD yesterday joined the chorus of voices that demand from Spain and from abroad that the Government formulate a fiscal consolidation plan once and for all, that makes visible the path that the Executive is going to follow not only to put its accounts in order but also to reduce the country's high levels of public deficit and debt.

Along these lines, he also recommends that the Government give a more selective and temporary approach to the shock measures put in place to cushion the impact of inflation on the population, which in his opinion can help to reduce inflation this year –perhaps with the associated cost of accelerating next year's – but which also has a high cost.

The body also recommends accelerating investments to speed up the ecological transition and improve the efficiency of energy consumption in Spain.

1 North Korea holds major party meeting amid nuclear... 2 Biden asks Latin American leaders to respect democracy 3 Mariupol's smashed buildings produce the 'caravan... 4 China's trade rebounded in May after anti-virus... 5 Democrats seek to blush Trump on TV with appearances... 6 At least 7 people are killed in a fire in a South... 7 Workers cling to today's meeting against the... 8 The first nine of the Sardinha Cup sail tight as sardines 9 The world of cycling and Ávila sadly says goodbye... 10 ACOR: 60 years as "motor of development and brake... 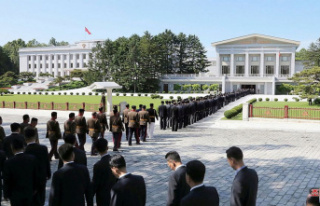