The first nine of the Sardinha Cup sail tight as sardines

After 15 hours of regatta, at one in the morning the fleet turned to starboard tack pointing to Cabo Villano, from which they are at 3:00 p. 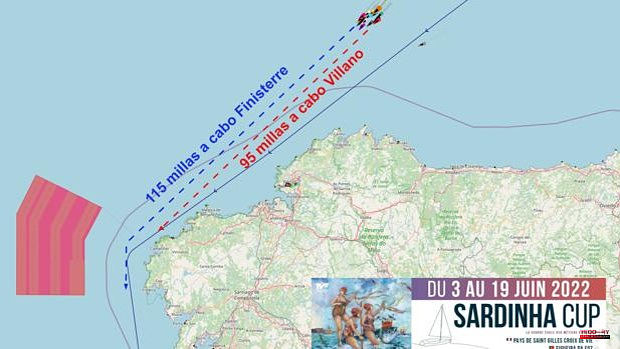 After 15 hours of regatta, at one in the morning the fleet turned to starboard tack pointing to Cabo Villano, from which they are at 3:00 p.m. today, Wednesday, June 8, 2022, 95 miles away, although the goal is to cross the parallel of Cape Finisterre 115 miles away; geographical point that will mark the beginning of the descent along the Galician and Portuguese coasts to Figueira da Foz.

The strategic situation will get complicated throughout the day as they approach the Spanish coast with a high pressure ridge that will settle in the area and that they will have to overcome as best as possible, before taking on a northerly flow that is reinforced south of Cape Finisterre, synonymous with a final fast downwind leg to Figueira da Foz, the end of this Regatta 1 Pays de Saint-Gilles Tourisme.

“There is a large low in northern Europe that is crushing the Azores high, creating a ridge of high pressures (extension of this high) that is right in the path of the competitors. there will be a sharp slowdown in the next few hours", explains Guillaume Rottée, director of the Sardinha Cup. "The objective for them is to cross the high pressure ridge as quickly as possible; in this game, the position to the east of Pierre Grenié and Valentin Dantec (Prisme Océan) seems unfavourable, as a high pressure ridge can be crossed more quickly. perpendicularly, from north to south, than transversally, from east to west, so there are many possibilities, given the forecast conditions, that the first to leave will be the first to arrive in Figueira da Foz. In fact, the Portuguese trade winds seem to be present under the high pressure ridge, with a 25 knot flow from the north promising a nice and fast descent under spinnaker along the coast, for an expected arrival on Friday afternoon” .

One of the favourites, Tom Laperche/Morgan Lagravière's «Région Bretagne CMB Performance» has fallen to twelfth position, 4.23 miles behind the leader. One might think that Morgan Lagravière, winner of the previous edition, has lost the lead, but when the difference between the leader and “ADEPS – FFYB”, in 20th place, is 6.95 miles, everything is very relative. in a fleet of one-designs such as the Figaro 3. Lagravière will not take long to launch the attack that will return him to the top positions, the changes in the weather forecast will be essential to see a dance of positions before beginning the descent aft towards the line of arrival in Figueira da Foz, 277 miles from its current position.

1 The world of cycling and Ávila sadly says goodbye... 2 ACOR: 60 years as "motor of development and brake... 3 García-Gallardo accuses the PSOE of "instrumentalizing"... 4 The Court of Auditors doubts Renfe's assessment... 5 There is no escape as the dangerous post-election... 6 June 9: five attractive activities to celebrate Archives... 7 They reject the attempt of the terrorists of Las Ramblas... 8 A 35-year-old woman dies in an attack with a knife... 9 These are the communities in which the young rent... 10 The ECB today opens the door to the new monetary normality 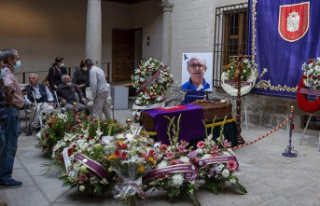 The world of cycling and Ávila sadly says goodbye...