Workers cling to today's meeting against the clock to save Siro

Against the clock, with the stopwatch already in discount time, with a certain "optimism", despite the "black" panorama, administrations and unions will meet this afternoon with the company to try to find "a solution" that allows "feasibility" de Siro, save its industrial activity and employment for its more than 1,400 workers among the different factories it has in Castilla y León. 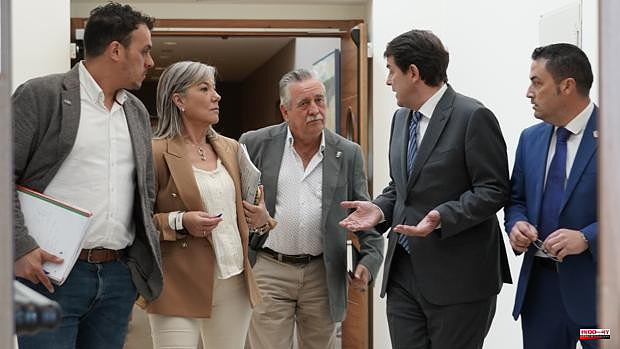 Against the clock, with the stopwatch already in discount time, with a certain "optimism", despite the "black" panorama, administrations and unions will meet this afternoon with the company to try to find "a solution" that allows "feasibility" de Siro, save its industrial activity and employment for its more than 1,400 workers among the different factories it has in Castilla y León. On the table, the willingness of the employees to "renegotiate" the competitiveness plan, which was rejected by all the factories except the one in Aguilar de Campoo (Palencia) and which included the 'sacrifice' of the Venta de Baños biscuit maker .

An appointment with the company also sitting at the table as one of the main actors and aware that the negotiation time "is scarce", although "enough", so that the company does not further deepen its "critical" situation, in the that drags a debt of about 300 million euros, on Tuesday it informed the workers that it did not have liquidity to pay the May payroll and there are already plants that have not produced since Monday.

Look for that meeting in which the two main people involved - Siro and workers - sit down to try to reconcile positions, with the mediation of the Junta de Castilla y León, the central government and the city councils of the three affected localities - those of Venta de Baños in Palencia and Aguilar de Campoo and the Zamorana de Toro- is "the straw at stake" to which they cling. And the way to explore that came out yesterday from the almost two-hour meeting of the president of the autonomous Executive, Alfonso Fernández Mañueco, with the mayors and representatives of the workers.

The Chief Executive advocated "working until the last moment", convinced that "there is always a way out". While a hundred people gathered at the gates of the Cortes against the closure of Siro, whom the leader of the PSOE, Luis Tudanca, approached to greet, without making public statements. Of course, aware that "what is needed" is an agreement that allows the approval of a competitiveness plan that makes the investment partner -in principle willing to inject some 180 million in exchange for taking over 75% of the shareholding- maintain in the operation. And that "the fundamental agreement" is between company and workers, with the "mediation, support and collaboration" of the administrations, said the Minister of Economy and Finance, Carlos Fernández Carriedo, who valued that there is "will and interest" on the part of the template to carry out this competitiveness plan. "For making an effort that, without a doubt, also implies a rapprochement and some resignations," recognized Carriedo, who called for the "responsibility and collaboration" of all parties "to make one last effort and agree on a competitiveness plan that gives future to the company, to the activity and to employment”.

The company committees will make an "effort" and will be "united" in this fight to "fight for the future of the workers," said Alfredo Alonso, from the Aguilar de Campóo factory, who noted the willingness to "renegotiate" the plan of feasibility and "provide solutions that allow the entry of the investment partner, if that possibility still exists". And it is that the doubts about the investment partner and the “lack of transparency” in the operation designed by Siro to wipe out his millionaire debt are the common feeling among workers and mayors, who yesterday demanded clarity and accurate “information”.

The Venta de Baños biscuit factory, for which its end is expected, "cannot be closed," insisted yesterday the president of the works council, María del Mar Rodríguez, who called for "a solution" for this plant. “The first thing is to know if they have it” and, if not, “find solutions”, she stressed. Willingness to reach a "meeting point" with the company also from Toro. But, warned her representative, María José de la Iglesia, "they have to put something on the table so that it does not become a yes." "Don't blame us workers," cried out the union representatives of the special employment center and Siro El Espinar, also in Venta de Baños, who warned that either a "solution" is found or thousands of families can go on strike. .

We are facing a "serious problem that should have been tackled a long time ago," criticized the mayor of Venta, José María López, who called for a "feasible solution." An agreement in which each party has to "give up something to look to the future," recognized the councilor of Aguilar de Campoo. "We all have to do our best to get out as well as possible," called the mayor of Toro, Tomás del Bien, after the meeting with Mañueco.

1 The first nine of the Sardinha Cup sail tight as sardines 2 The world of cycling and Ávila sadly says goodbye... 3 ACOR: 60 years as "motor of development and brake... 4 García-Gallardo accuses the PSOE of "instrumentalizing"... 5 The Court of Auditors doubts Renfe's assessment... 6 There is no escape as the dangerous post-election... 7 June 9: five attractive activities to celebrate Archives... 8 They reject the attempt of the terrorists of Las Ramblas... 9 A 35-year-old woman dies in an attack with a knife... 10 These are the communities in which the young rent... 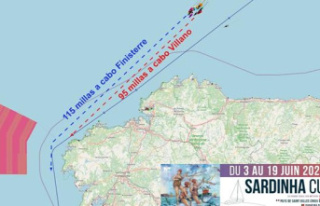 The first nine of the Sardinha Cup sail tight as sardines