In the Palacio de Caprotti, in the capital of Ávila, the burning chapel of Julio Jiménez was installed yesterday afternoon. 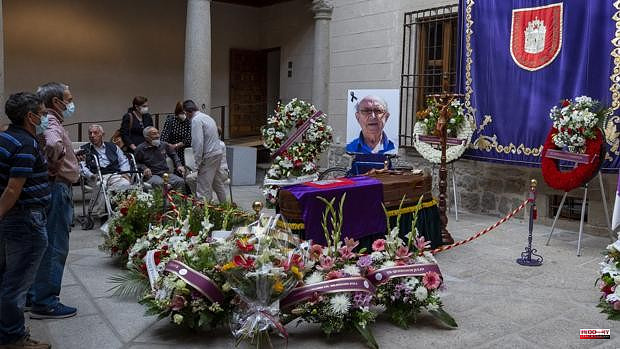 In the Palacio de Caprotti, in the capital of Ávila, the burning chapel of Julio Jiménez was installed yesterday afternoon. With this act, the City Council of Ávila wanted to add to the signs of pain for the death of the legendary cyclist, to whose family and friends he sent his condolences.

The people of Avila have been able to say their last goodbye to the former cyclist, whose sporting merits include five stages of the Tour de France, four of the Giro d'Italia and three of the Vuelta a España, which consecrated him as one of the best climbers in history.

A good representation of Spanish cycling joined the signs of pain in the hometown of the legendary athlete, one of the best climbers in the international peloton in the 1960s.

“From the Royal Spanish Cycling Federation we deeply regret the loss of Julio Jiménez, one of the great legends of Spanish cycling. Your legacy is indelible. Our deepest condolences to his family and those close to him. Rest in peace »said the RFEC in its official 'Twitter' profile.

The Movistar Team also remembered the figure of the 'Watchmaker of Ávila', as Jiménez was known. “Many generations have walked the path that people like you opened. Honor and gratitude to Julio Jiménez, history of Spanish cycling. See you forever. RIP," he stated.

For his part, the veteran Murcian cyclist, Alejandro Valverde, recalled that Jiménez was "one of the best climbers in history and a myth within the Spanish squad." The former sports director Manolo Saiz also assured that the former cyclist from Avila was "a great person who endeared himself to everyone."

«A great friend and a cycling great has passed away, Julito Jiménez 'the watchmaker from Ávila'. Much loved by everyone for his simplicity, he taught me his cycling and introduced me to his colleagues at various meetings of old historical cyclists in France. DEP friend! ”, Stressed the former cyclist Eduardo Chozas.

The Ávila City Council has decreed two days of official mourning for his death. The city flag flies at half-staff on municipal buildings.

1 ACOR: 60 years as "motor of development and brake... 2 García-Gallardo accuses the PSOE of "instrumentalizing"... 3 The Court of Auditors doubts Renfe's assessment... 4 There is no escape as the dangerous post-election... 5 June 9: five attractive activities to celebrate Archives... 6 They reject the attempt of the terrorists of Las Ramblas... 7 A 35-year-old woman dies in an attack with a knife... 8 These are the communities in which the young rent... 9 The ECB today opens the door to the new monetary normality 10 French lawmakers promise support for Taiwan during... 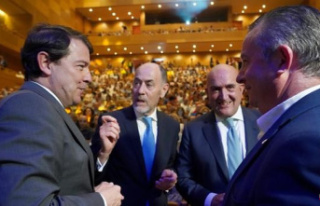 ACOR: 60 years as "motor of development and brake...