Sacyr leaves Repsol: this was its frustrated assault in the midst of the economic crisis 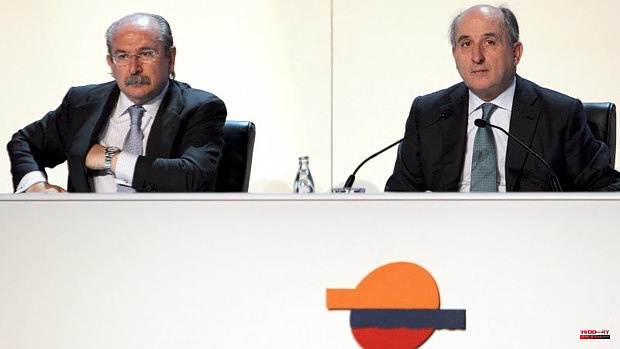 October 2006. The markets had not yet recovered from the surprising purchase a month earlier of 10% of Iberdrola by Florentino Pérez's ACS when Sacyr acquired 9.95% of Repsol.

A few weeks later, the construction company chaired by Luis del Rivero reached 20% after investing some 6,000 million euros through loans. His strategy was to gain control of the oil company and take the chair from Antonio Brufau. Faced with the resistance of this and La Caixa, Repsol's reference shareholder, Sacyr decided in 2011 to syndicate its shares with those of the Mexican Pemex to control 29.8% of the capital and make a last attempt to kick Brufau out.

However, in October of that year, Sacyr's own board requested Del Rivero's dismissal because the Repsol assault operation had gotten out of hand and had put the construction company in serious financial trouble. Manuel Manrique occupied the presidency of the outraged Del Rivero.

Today Brufau continues to preside over the oil company. Meanwhile, Emilio Lozoya, the director of Pemex who wanted to make the envelope for him along with Del Rivero, is in jail after being arrested two years ago in Malaga by the National Police accused of having received alleged bribes from the Brazilian firm Odebrecht and alleged OHL commissions. Pemex has been out of the oil company's shareholding for eight years. And Sacyr has just followed the same path as the Mexican group.

The infrastructure group notified the National Securities Market Commission (CNMV) yesterday that it has divested of the 2.9% stake it still held in the oil company. The divestment reduces the liability linked to these shares by 563 million, and also leaves Sacyr with a positive cash balance of 58 million euros.

Sacyr has decided to take this step (the definitive one to leave the oil company) now due to the high price with which Repsol moves on the Stock Exchange, where it closed yesterday at 15.41 euros per title. But the decision was made a long time ago. It only remained to know when it would occur.

In several public appearances, the president of Sacyr, Manuel Manrique, reiterated in recent years that the group's plans were to leave Repsol. In 2019, when he still had 8% of the oil company, Manrique pointed out that the company will be "expectant to take advantage of the opportunities offered by the market and get the most out of" that participation.

Last summer there was an almost definitive step. Sacyr announced that it would not renew the derivatives that it had over 5% of the oil company - which represented 75.4 million shares - and which expired during the second half of the year. That decision caused its participation to fall from the aforementioned 8% to less than 3% in the second half. The accounts of the infrastructure group also noted this drop: in the first quarter of this year Sacyr earned 20 million, 21% less, after not including extraordinary items for Repsol.

Once Repsol's exit is complete, the infrastructure group will focus on fulfilling its strategic plan. In other words, it will bet more heavily on concessions, which now represent 83% of its EBITDA. Sacyr seeks its "consolidation as a leading global developer and operator of concessions," the company said in a statement yesterday. Among the group's target markets are the United States, Canada, Australia, Colombia, Chile, Italy and also Spain, according to company sources.

The operation gives the definitive shelving to Del Rivero's stage in the infrastructure group. A few years marked by the real estate bubble in which Sacyr, via debt, aspired to become a business giant capable of assaulting a multinational oil company or even the second largest bank in Spain.

1 AP PHOTOS - India's Assam celebrates the harvest... 2 Colombia announces the discovery of two new historic... 3 One deceased and nine injured after a van left the... 4 What do the Canarian House of Columbus and the Sistine... 5 Mañueco will respond today in the Cortes on Siro 6 As UN appeals for relief funds, Sri Lanka's PM... 7 Macrooperation in the Canary Islands against fraud,... 8 The video of the shooting of two gang members to the... 9 A 22-year-old man dies after suffering a motorcycle... 10 Surf, Music and Friends 2022 in Valencia: dates, location... 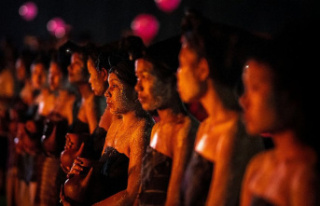