Macrooperation in the Canary Islands against fraud, ten detainees and 27 million euros

The Civil Guard, together with Poland's PCBI agency (Polish Central Bureau of Investigation), has arrested seven people of Polish nationality in Gran Canaria for defrauding more than 27 million euros of VAT. 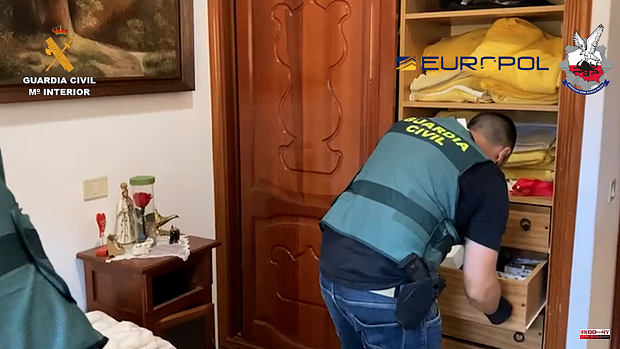 The Civil Guard, together with Poland's PCBI agency (Polish Central Bureau of Investigation), has arrested seven people of Polish nationality in Gran Canaria for defrauding more than 27 million euros of VAT.

The detainees were claimed by their country in a criminal procedure followed in the Department of Organized Crime and Corruption of the National Prosecutor's Office in Szczecin. To carry out this fraud, the members of this organization created a network of shell companies which, lacking real activity, served to generate a high volume of documentation and false invoices with which to undertake the criminal offenses investigated.

The operation carried out is one of the largest investigations of an economic nature carried out to date by the PCBI, having investigated more than 180 natural and legal persons for crimes of fraud, belonging to a criminal organization and money laundering.

The main leaders of the investigated network resided in Gran Canaria, where they tried to go unnoticed by the local authorities.

The phase carried out in Spain has made it possible to seize cash, notarial, banking and corporate documentation, as well as three cryptocurrency wallets and numerous computer and telephone devices of great interest for the investigation.

The Information Headquarters of the Civil Guard (UCE-3) and the Information Group of the Las Palmas Command have located the suspects, with the collaboration of EUROJUST and the International Cooperation Prosecutor's Office of Las Palmas. The detainees are at the disposal of the National High Court, for the opening of the corresponding delivery procedure to the Polish judicial authorities.

1 The video of the shooting of two gang members to the... 2 A 22-year-old man dies after suffering a motorcycle... 3 Surf, Music and Friends 2022 in Valencia: dates, location... 4 PAU 2022 in Valencia: when are the notes of the Selectividad... 5 Arrested the aggressor of the nurse of Chozas de Canales 6 They surprise a man with a complex electronic system... 7 The judge in the Pegasus case summons Bolaños as... 8 A two-year-old boy accidentally shoots his father... 9 Begoña Gómez breaks her contract with the Instituto... 10 Dutch crime reporter killed in stabbing incident:... 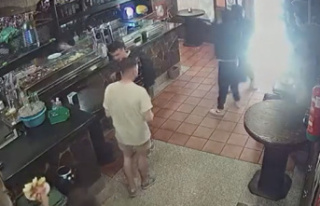 The video of the shooting of two gang members to the...