In March, sales of homes in the United States fell to their slowest pace for nearly two years. This was due to a rapid rise in mortgage rates as well as record-high prices that discouraged potential homebuyers. 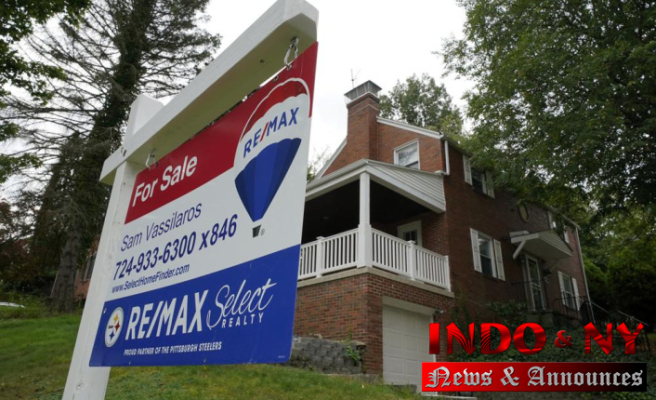 According to the National Association of Realtors, existing home sales dropped 2.7% from February to an annual adjusted rate of 5.77million.

According to FactSet, this is in line with expectations of economists. This is also the slowest pace in sales since June 2020 when sales averaged 4.77 million homes annually. Sales fell 4.5% from March 2021.

This slowdown was caused by an increase in mortgage rates. The average rate for a 30-year fixed rate home loan rose to 4.7% at the end of the month. In the face of persistently high inflation, the average rate hit 5% last week for the first time since more than a decade. According to Freddie Mac, the 30-year rate was 3.04% a year ago.

Lawrence Yun (NAR's chief economist) stated that "At the moment, my feeling based on casually reviewing data is that home sales could easily fall 10% this year compared to last year."

Yun suggested that the annual median home price increase could slow to 5% by December.

The spring homebuying season is traditionally the busiest for home sales. Rising mortgage rates have made it more difficult to buy a home during this time.

Rates are increasing following a sharp rise in 10-year Treasury yields. This is a reflection of expectations for higher interest rates overall as Federal Reserve moves to raise short-term rates to combat rising inflation.

Buyers can benefit from higher rates as they limit buyers' choices and slow down the rate of price growth. However, higher rates can also reduce buyers' purchasing power.

The housing market favors sellers for now. Buyers vie for fewer homes which drives bidding wars that often push the sale price much higher than the owner wanted.

Average homes were sold within 17 days of being on the market. In February, it was 18 days. Homes typically stay on the market for 45 days in a market with more buyers than sellers.

The number of properties on the market rose in March, as is the case in spring. There were 950,000 properties available to sell at the end March. This was an 11.8% increase over February but a 9.5% decrease from March 2021.

According to the NAR, at the current pace of sales, there is a 2-month supply of properties for sale. This is an increase from the 1.7 month in February and a decrease from the 2.1 months last year.

Last month saw a sharp rise in all-cash transactions due to real estate investors and other buyers who were able to purchase a home without financing. NAR reported that they accounted for 28% of all sales. This is the highest percentage since July 2014.

Investors purchased 18% of homes, up from 15% March 2021. First-time buyers made up 30% of transactions. This is a significant increase from 29% in February, and down from 32% March last year.

1 Tyson Fury will not discuss the sudden closing of... 2 NeNe Leakes sues for racism being accepted by 'Real... 3 Macron attacks Le Pen for her Russian links as the... 4 Aurora hires ex-chief of theater shooting to be the... 5 To reach the 40-point mark, Newcastle defeats Crystal... 6 South Carolina House conservatives create their own... 7 Connecticut trooper is charged with manslaughter for... 8 CSX will pay more workers ahead of anticipated rail... 9 Kamala Harris will deliver the commencement address... 10 Texas executes its 78-year-old death row inmate for... 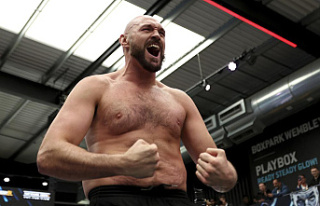 Tyson Fury will not discuss the sudden closing of...