With less than a week to start its 2022 edition, the Barcelona Rock Fest festival in Santa Coloma de Gramanet announced yesterday that Manowar, one of the headliners and the great claim of the opening day on Thursday, will not finally perform at the festival. 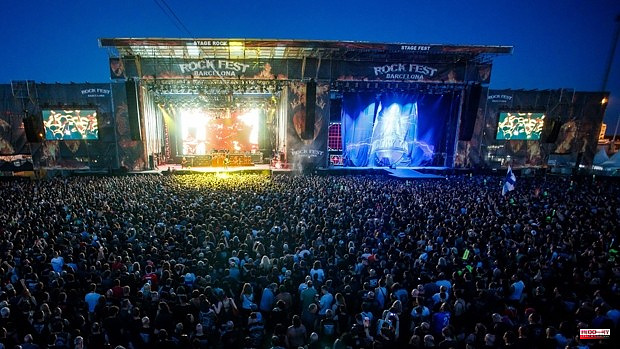 With less than a week to start its 2022 edition, the Barcelona Rock Fest festival in Santa Coloma de Gramanet announced yesterday that Manowar, one of the headliners and the great claim of the opening day on Thursday, will not finally perform at the festival. According to the organization, New Yorkers will not perform "for reasons beyond their control" to the festival. "We have tried in every possible way to reach a reasonable agreement, but unfortunately it has not been possible," the organization explained in a statement.

Rock Fest maintains that they cannot give in to last-minute "demands" and "impositions" that altered the functioning of the festival, which is why they have finally decided not to have the authors of 'Fighting The World'.

The Germans Avantasia will take their place at the start of a festival that will bring together Kiss, Megadeth, Alice Cooper, Judas Priest and Blind Guardian, among others, between June 30 and July 2.

Manowar, for his part, responded to Rock Fest's decision by accusing the festival of lying and announcing possible legal action. «We just found out at the same time as you that the promoter does not count on us for the performance on June 30. We must tell you that everything you are posting about Manowar is completely false and we will take appropriate legal action against him," the band replied in a statement shared on their social media.

«The promoter agreed with us in September 2021 some conditions for the performance and now he refuses to comply with them. We are aware that he had already booked a performance with Avantasia, when we were still trying to solve the problem with him. He has done everything behind our backs, “continues the note from the American group. And he adds: »We reiterate that, unfortunately, in the organization of the Festival there have been many irregularities that sooner or later will have to come to light. We have not demanded any last minute conditions. What we demand, as is logical, is what was agreed and that now the promoter refuses to comply, causing us not to perform at the festival for reasons solely attributable to it.

"Do not doubt that the truth will come to light, with the help of the Spanish justice if necessary," concludes the statement of a fame that precedes its fame as a problem: in 2019 they already starred in a similar situation when they sued the French festival Hell Fest after canceling their performance for, according to the band, obstructing their efforts to put on the 'epic show' they had promised. And it is that, in addition to their attachment to leather and mythological imagery, Manowar are known for being the loudest band on the planet and the one that plays at the most overwhelming volume.

1 Six arrested in two Benidorm premises after intensifying... 2 The Generalitat Valenciana will approve “in the... 3 Schedule and where to see Alcaraz - Struff live 4 Botín and Trittel conquered the silver in the Kiel... 5 Simeone, viral for a peculiar chess game 6 LaLiga and the RFEF continue to cake 7 Global Omnium will maintain four coronavirus control... 8 Dozens of immigrants try to storm the Ceuta fence 9 Valladolid acclaims Triay, Salazar, Lebron and Galán... 10 Albert Rivera changes offices for classrooms to teach... 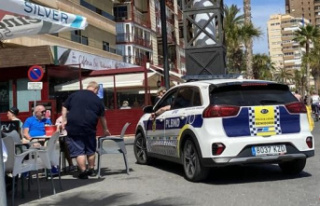