Athletic closes the season at Pizjuán aspiring to qualify for the Conference League, but depending on the result of Villarreal. 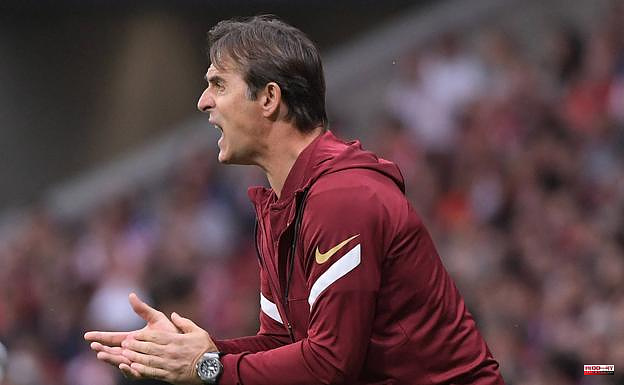 Athletic closes the season at Pizjuán aspiring to qualify for the Conference League, but depending on the result of Villarreal. The rojiblancos need to face the match with conviction and determination and, regardless of the final result, repair the negative perceptions that appeared in some final matches of bitter memory.

The tactical system used by Julen Lopetegui's Sevilla is based on the 1-4-3-3 and has an eminently offensive profile. In the last two home games, in which the sevillistas have not been able to pass the tie against teams that are fighting to avoid relegation, the Gipuzkoan coach has introduced a small tactical variation to draw the 1-4-2-3-1, settling with two midfield positions and granting freedom of movement to Papu Gómez.

In the offensive phase of the game, Sevilla, depending on the pressure of the opposing team, places a midfielder between the centrals to, through numerical superiority (3 x 2), ensure an orderly and clean exit of the ball. They try long possessions with fluid circulations.

The full-backs are very offensive and are placed forward, determining the breadth of the game and acting as if they were false wingers. This position drags the extreme theoreticians to more interior zones (a circumstance more evident with Lamela and Ocampos than with Corona) with the intention of displacing the full-back and breaking the uniformity of the defensive line. Lots of crosses and deep passes.

The center of the field maintains the capacity for association, although in this final stretch of the season the Seville game is thicker, the attacks more predictable and the Seville team finds it difficult to uneven the matches.

In attack, En Nesyri stretches the opposing team with deep moves. In addition, with a powerful game with his back to goal, he helps his team maintain possession.

In the defensive aspect, the sevillistas are a consistent team, the least scored in the competition. They organize high forward pressure before the rival goal kick, forcing the opponent to take risks at the start or to divide possession by moving the ball long.

Bono (13) aspires to conquer the Zamora trophy. In full maturity and continuing to grow, he is confident in his footwork. Regular, he is great in goal and commands the aerial game.

On the defensive line, Navas (16) and Montiel (2) compete on the right side. They stand out for their offensive qualities and provide depth and breadth to the game. In the central axis of the defense appear the untouchables Koundé (23) and Diego Carlos (20). They form an absolutely reliable couple. The French defender continues to progress. Powerful, fast, indisputable, safe with the ball and energetic in aerial disputes. The Brazilian has an enviable physical strength, he moves the ball judiciously and is very dangerous from set pieces. Acuña (19) strikes continuously down the left wing. Powerful, he positions himself high and arrives with danger to cross the area many times.

Delaney (18) will occupy the defensive pivot. He energy, work, balance and aggressiveness.

Rakitic (10) brings experience, vision of the game and ability to work. Jordán (8) shows versatility to alternate the organization and the arrival to the area.

Ocampos (5) acquires prominence in any of the bands. He hasn't kept up the level he did last season, but he's always a concern for defenses. Insistent, stubborn, vertical, he is lacking clarity in his actions. Corona (9) plays preferably on the left wing. Speed ​​and imbalance.

Papu Gómez (24) works as an interior, midfielder or false winger. Associative, talented, with freedom of movement to organize attacks.

Up front, En Nesyri (15) reappears. Only five league goals. Without much associative capacity, he breaks the spaces with criteria. Rafa Mir (12), top scorer with nine goals, is the alternative to the Moroccan striker. Physical power, he fixes the central defenders and also looks for spaces.

1 Joe Biden, Mark Zuckerberg, Morgan Freeman... Russia... 2 A good challenge for the Rocket offense 3 PSG: Kalimuendo and Sarabia will be champions of France,... 4 Women's OL-Barça: Amandine Henry's strike... 5 Unlimited general strike at the Casino de Montréal 6 Rueda calls for "unity" and "humility"... 7 Provisional prison for the detainee for stabbing the... 8 Robotic surgery performed for the first time in Spain... 9 The Rojas Theater registers 24,238 spectators in 2021,... 10 2-0: CD Cazalegas gets promotion to the Third Division... 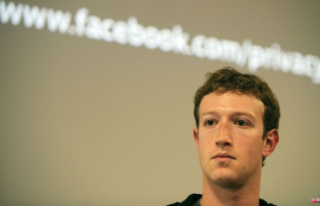