The Criminal Chamber of the Supreme Court has confirmed the sentences of 14 and 12 years in prison imposed on two young people for a crime of sexual assault on a minor girl in an abandoned residence in Azuqueca de Henares (Guadalajara) in 2018. 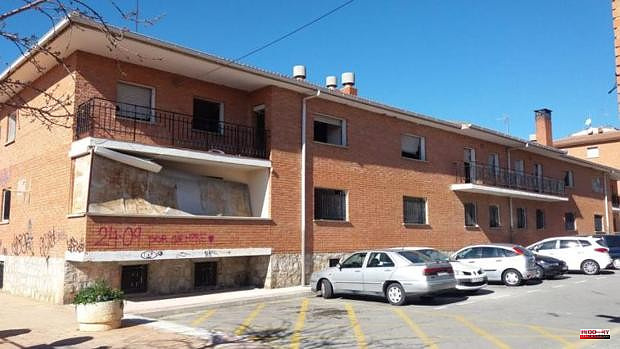 The Criminal Chamber of the Supreme Court has confirmed the sentences of 14 and 12 years in prison imposed on two young people for a crime of sexual assault on a minor girl in an abandoned residence in Azuqueca de Henares (Guadalajara) in 2018.

The Chamber dismisses the appeals filed by 0.C. and O.B.E.H. against the ruling of the Superior Court of Justice of Castilla-La Mancha that confirmed the one issued by the Provincial Court of Guadalajara, as reported by the TS, information to which Europa Press has had access.

as a necessary partner. Likewise, they were sentenced to pay compensation, by way of civil liability, jointly and severally, of 5,000 euros for the moral damage caused to the minor.

The events occurred on March 15, 2018 when the two convicted met at around 1:30 p.m. in a park in that town of Corredor del Henares with the minor, who was with several friends.

That's the way it is, O.C. and another person forced her to force her way into an abandoned residence that was also accessed by O.B.E.H., the other convict, and at least three other people, and once there, they pushed her into an adjoining dimly lit bathroom, laying her on the floor. floor.

The victim, faced with the situation of absolute vulnerability, adopted an attitude of submission and passivity. While O.C. committed the sexual assault, O.B.E.H. he held her by her arms, according to the account of proven facts.

The Chamber concludes that “the facts are extremely serious, as it is a group rape in which, according to the account of proven facts, the woman is considered a sexual object, carrying out the objectification of the same through the grouping of people to carry out the act of violation, either by an executor and the rest of the necessary helpers and collaborators, or by several who execute it.

In any case -adds the court- the existence of the group act and the participation of third parties is evident and supposes an execution of the same, facilitating the insurance, as well as reducing and lowering the possibilities that the victim may consider some possibility of escaping from the place, which which leads to a kind of passive attitude, as in this case occurred, as there was no way of escaping from the place, waiting for the whole drama to end as soon as possible.

The sentence, presented by Judge Vicente Magro, explains that the absence of physical injuries on the victim's body is not synonymous with the fact that the rape did not occur. "And this, because the victim's reaction to a violation may be one of confrontation with physical self-defense, in which case the injuries will be evident when faced with harassment by the perpetrator of the violation, or passivity, which does not mean that he consents. sexual intercourse, but rather, given that there is no consent to it, its absence, and therefore rape, may be accompanied by passivity motivated by the desire for it to end as soon as possible so as not to perform physical acts of opposition in case it turns out brutally assaulted."

The Chamber points out that "the court has understood, and the TSJ has validated it, that an internal coherence in her statement can be seen in the statement of the injured party, even though no spurious spirit of revenge or resentment was appreciated, which could influence in assessing the statement. It clearly details the facts, and it is not appreciated that it has lacked the truth, analyzing this process by the TSJ.

Thus, it adds that "these witnesses shed light on what the same victim said as soon as they took her away by force, that they heard screams, that they threatened her so that they would not enter, that she came crying later and the clothes with white stains, that she told them to leave him alone and that there was a climate of tension contrary to the fact that it was a voluntary sexual encounter, which corroborates the victim's version, and that one of the witnesses even testified that Omar told him what they were doing and Rocío came out crying».

1 A court endorses the decision of a public hospital... 2 Silva faces the 'in-law case' 3 Rueda asks the Government that the PERTE be extended... 4 The Zamora Provincial Council highlights in Seville... 5 Feijóo: "It would be good for Spain if Page... 6 The ghost apartment of Milagros Tolón, her relationship... 7 Núñez affirms that they were the first to denounce... 8 «Quantum» begins to impose its law in Bayonne 9 This is the Stade de France in Paris, the stadium... 10 El Salvador extends the state of emergency, after... 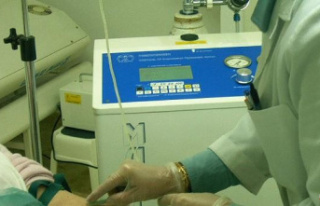 A court endorses the decision of a public hospital...