They were not in the pools of top favorites to win the Europa League, far from it, but Rangers have planted themselves in the final in Seville ready to revive old laurels. 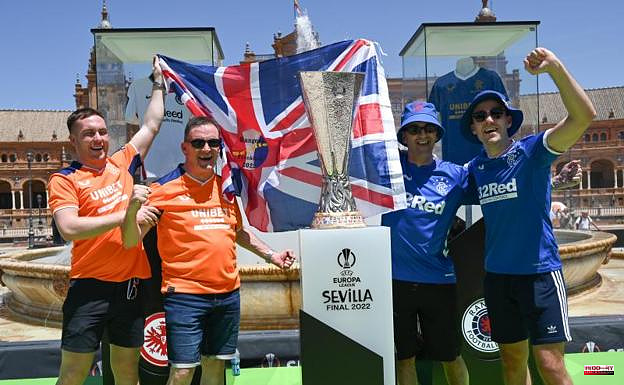 They were not in the pools of top favorites to win the Europa League, far from it, but Rangers have planted themselves in the final in Seville ready to revive old laurels. The club with the most titles in Scottish football, although dethroned this time in the domestic championship by its eternal enemy, Celtic, faces Eintracht Frankfurt in its fifth final on the Old Continent, after winning the European Cup Winners' Cup at the Camp Nou against Dinamo Moscow in 1972, the defeats against Fiorentina in 1961 and Bayern in 1967 in the same competition and the UEFA Cup runner-up finish in 2008, with Zenit Saint Petersburg as their rival.

Eintracht is an old acquaintance, executioner of that distant semifinal of the European Cup in 1960, the greatest milestone for Rangers in the highest continental competition and prior to the legendary final of the Germans against Real Madrid of the Di Stéfano, Puskas, Gento , Kopa or Rial, relentless in a 7-3 for history, precisely in Glasgow. The Pizjuán final also has a special significance for a large and boisterous Protestant and pro-British crowd, aspects that make the Old Firm against Celtic, Catholic and with Irish roots, much more than a football match.

Exactly a decade ago, the entity's financial problems led to the earthquake of bankruptcy. The club owed 26 million euros to the British Treasury and the situation was unsustainable, which led to the reformation of Rangers. Businessman Charles Green bought all its assets for about seven million, which came under the umbrella of The Rangers Football Club association, its official name from then on. Weighed down by a one-year sanction without signing and the obligation to pay its debts, albeit deferred, the club tried to register for the Scottish Premier League, the highest category, but was rejected and ended up formalizing its registration in the Third Division, the fourth tier of Scottish football.

Never has such a big club sunk so low. From the hells of the amateur competition it grew, with two consecutive promotions in 2013 and 2014, but it stagnated in the Championship, the previous step to the elite, where it was third in 2014-15 to finally reach the long-awaited return in 2016, after four years of crossing the desert for a huge social mass, unbecoming of such competitions. The intense Old Firm, watchword of Scottish football, returned, but it would take another five years to see a champion Rangers again. Ibrox Park, his home, regained joy last season, with an unappealable league title, ten years after the last. More than a hundred points were achieved by the blues thanks to Steven Gerrard, who packed his bags for Aston Villa in the middle of this season.

Another illustrious ex-footballer, Giovanni van Bronckhorst, has carried on the work of the former Liverpool midfielder in a good way, at least in Europe. With the Dutchman on the bench, Rangers secured second place in their Europa League group and then left behind the fearsome Borussia Dortmund, Red Star, Sporting de Braga and finally Leipzig, perhaps the great favorite once the Barca. Now, in Seville, he opposes lifting a trophy that eluded him in 2008, when Russian magician Arshavin's Zenit broke the illusions of the tens of thousands of fans who traveled to Manchester. In Seville they will also be the majority, and that they will face another spirited fan, as the Eintracht fans demonstrated at the Camp Nou a few weeks ago.

1 Haute-Garonne: rugby player Maxime Médard substitute... 2 Pollution still claims nine million premature deaths... 3 The DGT also uses camouflaged motorcycles to monitor... 4 The revolutionary system that will replace mirrors... 5 Why you should check these elements of your car in... 6 Up to 15 dangers are those that a motorcycle encounters... 7 Fisterra and Gata: This is how the electric bicycles... 8 The tires that take the longest to wear out 9 «I came to feel like a murderer of my father when... 10 UFOs 'fly over' the US Congress 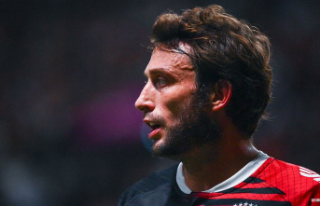