The microchip crisis together with the slow economic recovery, now accentuated by the uncertainty derived from the international context and the war in Ukraine, are being fundamental factors for the evolution of the sale of new vehicles. 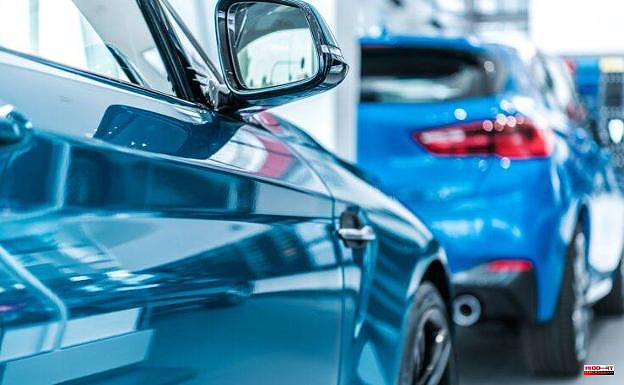 The microchip crisis together with the slow economic recovery, now accentuated by the uncertainty derived from the international context and the war in Ukraine, are being fundamental factors for the evolution of the sale of new vehicles. The main manufacturers are affected by production stoppages in their factories due to the lack of components, and this situation is transferred to dealers, where the cars demanded by potential customers do not arrive. Depending on the brand and model, delivery times can exceed three months.

One consequence of the lack of vehicles in dealerships is the rise in prices, also motivated by the general rise in the Consumer Price Index (CPI). In the case of automobiles, it stood at 6% during the month of April in the interannual rate, which means surpassing historical maximums, according to data published by the National Institute of Statistics (INE).

Already in March, the CPI for automobiles stood at 5% year-on-year, thus surpassing the highest figure recorded to date, which was recorded in March 1996 when it rose to 4.9%.

From the sector they explain that the increase in the price of automobiles is in line with the rise in the price of raw materials and is also justified by the shortage of product supply, caused by the crisis in the supply of semiconductors, which has led to a rise in prices both new and used models.

From Faconauto they explain that «this fact supposes a great headache for the automobile sector. Already in January 2022, before the Russian invasion, 71% of dealers indicated their concern about rising prices, also referring to the second-hand market. The association that brings together the official dealers does not predict a very positive future since "with the War in Ukraine, more notable inflation than expected and the increase in the price of raw materials are expected." These include fuel, natural gas, nickel, palladium, iron or steel.

From the Association of Manufacturers (Anfac) they consider that "to the uncertainty and economic crisis caused by Covid-19, we have added the shortage of product due to the lack of semiconductors and bottlenecks in logistics."

High prices and delivery times are two of the factors responsible for the increase in demand for second-hand vehicles, although once again in this market we find ourselves with the problem of a lack of units and more expensive vehicles.

Thus, the average price of second-hand cars stood at 12,238 euros in April, 15.2% higher than the same month last year, according to data from the Association of Vehicle Dealers (Ancove). For used passenger cars over eight years old, the increase was 14.5%, with an average cost of 9,357 euros.

According to the National Association of Motor Vehicle Sellers (Ganvam), the second-hand market is a reflection of the new one and, although it is more stable, it also suffers the consequences of the lack of supply derived from the chip crisis. In this way, there is a gap in the supply of used young people as a result of the fact that companies and rental companies are not 'manufacturing' these models as they cannot renew their fleets. “This situation, added to the long waiting times to receive a newly registered car and the rise in prices that vehicles are experiencing due to the increase in demand parallel to a drop in supply, lead to a boom in interest in models older". These have more affordable prices and are not affected by the chip crisis or by delivery times," they explain from this organization.

But the boom in the sale of vintage cars has its counterpart. The EU Environment Commission has voted in favor of banning the sale of diesel and gasoline vehicles from 2035, with the intention that by 2050 no vehicle with emissions can circulate. As interest in cars over 10 years old grows, the EU's decarboniser target becomes less effective. From Ganvam they consider that "an effective scrapping incentive plan is necessary that allows cars over 15 years old to be withdrawn from circulation and facilitates access to an efficient vehicle, such as those less than 5 years old, in order to reduce levels of emissions until in 2050 polluting vehicles no longer circulate".

Cars are not the only ones that have become more expensive. For motorcycles, the increase in the first four months of 2022 was 4.8%, rising 3.4% compared to last month. Spare parts and accessories also rose 6.4% in April compared to the same month last year, 0.6% month-on-month and 3% so far in 2022.

And vehicle maintenance and repair services closed April with an increase rate of 3.6% compared to the same month in 2021.

1 How to avoid car breakdowns due to heat 2 The Chinese electric motorcycle giant, Yadea, lands... 3 The infallible trick to cool your car in extreme temperatures 4 Weekend 'a la madrileña': From the floor... 5 Ramón Freixá recommends his favorite shops and restaurants... 6 A flea market, museums, night parties and a unique... 7 Two people specialized in robberies in commercial... 8 The Music Station, the next stop for pop stars 9 Madrid teachers will decide, by majority, how many... 10 The Community of Madrid will offer 10,000 more public... 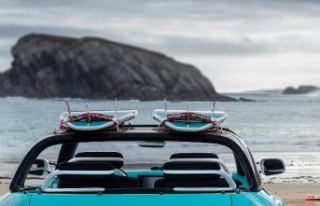 How to avoid car breakdowns due to heat