The Criminal Chamber of the Supreme Court has confirmed the sentence to pay a fine and compensation imposed on the councilor of Ganemos Salamanca Gabriel de la Mora for a crime of slander with publicity to two agents of the National Police to whom it attributed of untruthfully on the social network Facebook, having a history of torture, having beaten an elderly woman and her family, illegally accessing witnesses' mobile phones and falsifying medical certificates. 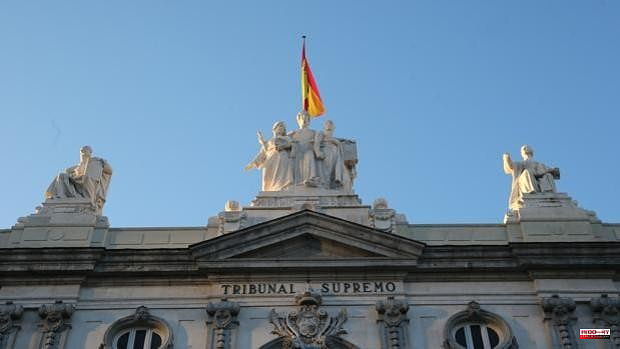 The Criminal Chamber of the Supreme Court has confirmed the sentence to pay a fine and compensation imposed on the councilor of Ganemos Salamanca Gabriel de la Mora for a crime of slander with publicity to two agents of the National Police to whom it attributed of untruthfully on the social network Facebook, having a history of torture, having beaten an elderly woman and her family, illegally accessing witnesses' mobile phones and falsifying medical certificates.

The high court considers that these statements made by the appellant cannot, in any case, be protected by the legitimate exercise of the constitutional right to freedom of expression or communication of truthful information. A right that "does not include in its material content the ability to alter, with conscious falsehood, a legitimate police action," underlines the Chamber.

Freedom of expression - the magistrates affirm - "does not protect the dissemination of untrue information that attributes to police officers a history of torture that does not exist, that imputes criminal access to the mobile devices of the witnesses who recorded the events , as well as the falsification of medical certificates in order to self-cover up the crime of illegal detention that they would have also committed.

For the Chamber, the identification through the professional badge of police officers "does not produce the capricious effect of turning them into unarmed recipients of slanderous statements that undermine their personal integrity and the circle of rights recognized to any citizen."

The sentence, a presentation by the president of the Chamber, Manuel Marchena, adds that “slander does not lose its potential erosive effect on the honorability of the victim due to the fact that he does not identify himself with names and surnames. What is truly definitive is that the recipient of the phrases that undermine honorability is unequivocally identified. And for this it may be enough that it is accredited, as is the case in the present case, a context or images that individualize who the author wants to turn into the recipient of the affront».

The convicted councilor referred on Facebook to some altercations, which he had not witnessed, that occurred on August 31, 2015 in a neighborhood of Salamanca, when the two policemen were going to arrest a young man who had escaped from a center of minors from Zambrana (Valladolid) and some people - relatives and neighbors - tried to avoid it, reports Ical.

According to the proven facts, after reading the news of the incidents, which one of those affected had also commented on, the mayor published the following on his Facebook account: «...it is the police, rather two specific policemen with a history of torture, those who have tried (sic) to hit an old woman and her family, which has triggered self-defense and the whole neighborhood came to record (sic) what was happening on video. Then the cops have dedicated themselves to blocking the streets to force people to erase their cell phones and thus be able to hide the evidence of their crimes and misdeeds. Then they go to the friendly hospital to prepare the consequent injury report in order to justify the illegal arrests they carry out, and of course send the consequent official statement with their peculiar version of the facts and that the accommodating press did not even consider contrasting ».

In this case, -warns the Chamber- the defendant does not make his accusations in the framework of a criminal proceeding, but rather he does so on a social network -Facebook- "knowing the absolute disconnection from the truth regarding everything he said of the two agents who had intervened in compliance with a judicial decision».

The ruling states that "the honorability of public officials - police officers are - is exposed to the dissemination of data and information that can erode the rights constitutionally associated with privacy."

The Chamber rejects the appellant's allegation that the crime of slander under article 211 of the Penal Code requires that the message be publicized by general or similarly effective means. In this sense, it responds that it is difficult to imagine a more expansive means of communication of the offense against the honorability of the plaintiffs than the one offered by Facebook or any other social network.

The court ruling imposed a joint and several compensation payment of 12,000 euros (6,000 euros for each of the policemen), and a fine of 6,750 euros for the councilor and 2,700 euros for J.A.G. The latter convicted did not appeal to the Supreme Court.

1 The Prosecutor's Office investigates whether... 2 Page announces a great hunting museum in Ciudad Real... 3 They annul the conviction of abuse of an employee... 4 A nurse from the Yuncos office suffers verbal aggression... 5 Traffic in the central almond of Madrid falls more... 6 Fifteen localities join the III edition of the Network... 7 Seventh wave of Covid: cases skyrocket in Castilla... 8 The residents of Río Yedra street ask the gates of... 9 Nicola Sturgeon outlines her plan to hold a second... 10 Joe Biden lands in Madrid to participate in the historic... 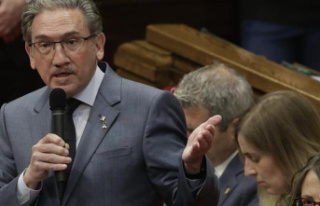 The Prosecutor's Office investigates whether...