The Madrid-Liverpool, a tear and a smile

Real Madrid and Liverpool are in their own right two of the most powerful dynasties in European football. 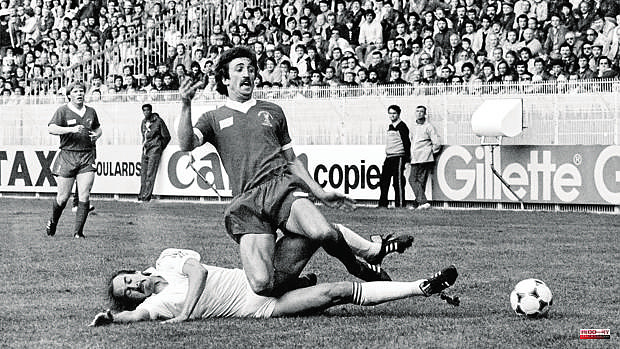 Real Madrid and Liverpool are in their own right two of the most powerful dynasties in European football. Spanish and English, who add 13 and 6 'orejonas' respectively, have written a good part of the history of the European Cup and, later, of the Champions League. From the overwhelming start of the whites, who won the first five tournaments (1956-1961), to the dominance of Anfield in the late seventies and early eighties, a stage in which they lifted the trophy three times. Whites and reds dip their pen in ink again, because tomorrow they will face each other again in a final. In the hours before, memories are unearthed and pending accounts flourish.

Despite having lived together for 120 years, both teams have only met eight times in Europe and their first duel was one of the brightest of their rivalry.

It happened on May 27, 1981, in the European Cup final, and also at the Stade de France, venue for tomorrow's final. Too many coincidences. Madrid had not tasted glory for 12 years and, despite being its emblem an eminence, had reached the last stay of the tournament by surprise, with a team full of youth squads and who had suffered significant casualties in the summer.

Liverpool, on the other hand, were the star team, with a generation of seasoned footballers well guided on the pitch by the legendary Kenny Dalglish. The duel was not a great show, locked and of maximum equality in the physical and mental planes. However, with the tables well established, the English defender Alan Kennedy took advantage of a chaotic play in the Madrid area to score the final 1-0 in the 81st minute. That was the last final that Madrid lost in the continental competition. .

"I had to man-mark (Graeme) Souness, the Liverpool organiser, and he was close by when it happened. It was a jug of cold water, a great disappointment. But these are things that happen, the only thing you have to do at that moment is try to get rid of that feeling as soon as possible, ”José Antonio Camacho, left back of that Madrid, explains to ABC. «We came from a year of a lot of transition, but we were a very competitive team. We reached the final with several players suffering from discomfort... we didn't deserve to lose. It was a very clear overtime game. We landed in Paris with great pride, playing the European Cup final was spectacular because before it was much more difficult to get there, only the league champions played it. We were very sorry because our generation deserved it », recalls the Murcian, who, despite seeing reminiscences of his group in the current white squad, believes that reaching the final in his case was more complicated. “It is true that we had significant casualties in the summer (Pirri) and Madrid now too (Ramos and Varane), but we did not have the economic potential that the current team has. We played a lot of quarry when there were problems of injuries and layoffs. Benzema, Carvajal and Modric are players who have played in five Champions League finals in eight years. We were more impetuous, with less experience.

Revenge, so fashionable in the hours leading up to the current final, was claimed by the Whites in 2018, lifting the Thirteenth in kyiv (3-1), with a goal from Benzema and a brace from Bale, a night of glory for the madridistas that was preceded by the grotesque performance of goalkeeper Loris Karius, who suffered a concussion during the match. Before that victory in Ukraine, Liverpool had eliminated Madrid in the round of 16 in 2008 (5-0 on aggregate), the tie for Vicente Boluda's predicted "drip". Since then, only good news for the Whites: in the two games of the 2014-15 group stage (1-0 and 0-3) and in the quarterfinals last year (3-1 at the Barnabéu and 0-0 at Anfield).

1 Senate GOP blocks domestic terrorism bill, gun policy... 2 The peculiar origin of 'You'll never walk... 3 Mo Salah's nightmare with Real Madrid 4 "This tears my soul apart": A Ukrainian... 5 Motorhome, van or plane from Miami, the odyssey towards... 6 Watch Russia's assault on Ukrainian hospitals:... 7 US Census Bureau: Large city losses in the COVID pandemic 8 How Abramovich had to sell Chelsea after falling from... 9 Ellen DeGeneres closes daytime show with a plea for... 10 Abrams-Kemp Slugfest promises to be long, expensive... 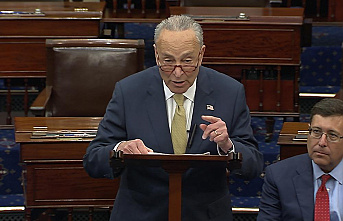