Once the bad experience of the first part of La Cerámica was overcome, where Liverpool really thought that Villarreal was taking them away from Paris, a thought occupied Mohamed Salah's psyche. 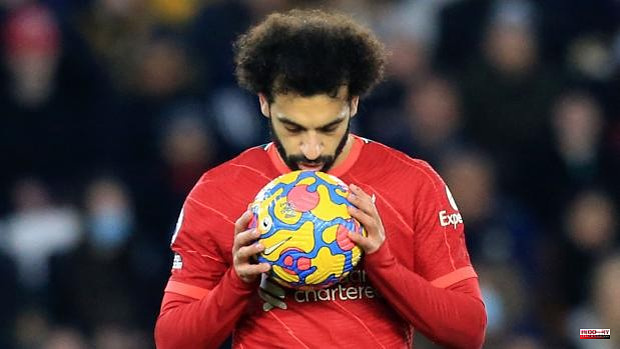 Once the bad experience of the first part of La Cerámica was overcome, where Liverpool really thought that Villarreal was taking them away from Paris, a thought occupied Mohamed Salah's psyche. The match ended and, exempt from overflowing happiness after qualifying for his second Champions League final, the Egyptian winger attended the press still dressed in shorts, still dripping with sweat: «If you ask me personally, I prefer Madrid in the final”, he acknowledged with a half smile. Ancelotti's men paid attention to the attacker and signed another impossible comeback against an incredulous City: the 2018 kyiv final -the one that meant the thirteenth European Cup for the whites and the one that Salah left in tears after being injured by Sergio Ramos- will be reissued on Saturday.

And the African demands revenge.

A few days after the goals from Rodrygo and Benzema, the flagship footballer of Klopp's team filled the English newspapers with messages to his rival at the Stade de France. "I remember the last Champions League final against Real Madrid as if it were yesterday", "We want to do well this time", "This is not over yet", "It is time for revenge"... Such are the references of the maximum Premier League scorer to the white club that even Carlo Ancelotti had to step out: “We respect Salah, but Madrid has already lost a final in Paris with Liverpool. It could be revenge for us too." The continuous memory of the Spanish champion is not a trivial matter for Mohamed since it is the team that has kicked him out of the Champions League on the only three occasions that he has crossed paths with them.

Salah's nightmare began in 2016, when he was playing on loan at Monchi's Roma. The speedy winger, owned by Chelsea at the time, was not to Mourinho's taste. "He arrived at Chelsea, from Basel, as a lonely child, a naive child, completely out of context and physically fragile," the Portuguese declared years later. But in Serie A (first in Fiorentina and then in the capital) Mo uncovered his best football, dazzled the old continent and earned a return to the Premier League. In that 2016 Champions League he shone, but Real Madrid crossed his path for the first time to spoil his European season with the children of La Loba. The young Salah left flashes of his class, yes, but Roma was eliminated without too many shocks.

Already in Liverpool, as a world star after a great first season in England full of goals and assists, the Egyptian led his team to the final of kyiv 2018. However, in the early stages of the match he ran into Sergio Ramos. A strong entry from the camero caused a hyperextension in Salah's shoulder. Liverpool cried and Madrid, again, presented another metal to the goddess Cibeles. In addition, that injury prevented him from competing normally in the World Cup in Russia and, as a consequence, Egypt did not advance from the group stage. In the North African country they even wanted to go criminally against Ramos.

Salah won the Champions League at the Wanda in 2019 and his thirst for revenge was reduced. After that triumph, Liverpool spent a few years fallow. But last year, in the midst of the 'red' depression, both teams met again in the quarterfinals of the highest club competition. The decaffeinated football typical of the pandemic did not change his fortune against the capital and in Vinicius' first big tie, the Egyptian lost again against Madrid.

Now, having recovered his best level (31 goals and 16 assists in all competitions), after lifting the FA Cup and the Carabao, and having lost the Premier League in the last breath of the championship, Salah will try to satisfy his hunger for rematch next saturday.

1 "This tears my soul apart": A Ukrainian... 2 Motorhome, van or plane from Miami, the odyssey towards... 3 Watch Russia's assault on Ukrainian hospitals:... 4 US Census Bureau: Large city losses in the COVID pandemic 5 How Abramovich had to sell Chelsea after falling from... 6 Ellen DeGeneres closes daytime show with a plea for... 7 Abrams-Kemp Slugfest promises to be long, expensive... 8 The US economy contracted by 1.5% in Q1, but consumers... 9 US makes COVID antiviral drug easier to access at... 10 Beto O'Rourke interrupts the briefing echoing... 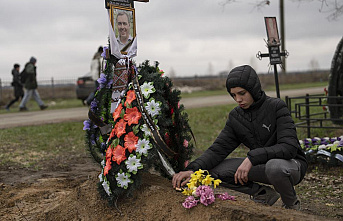 "This tears my soul apart": A Ukrainian...