The Senate blocked the first attempt by Democrats to respond to the back-to–back mass shootings at Buffalo and Uvalde in Texas on Thursday. 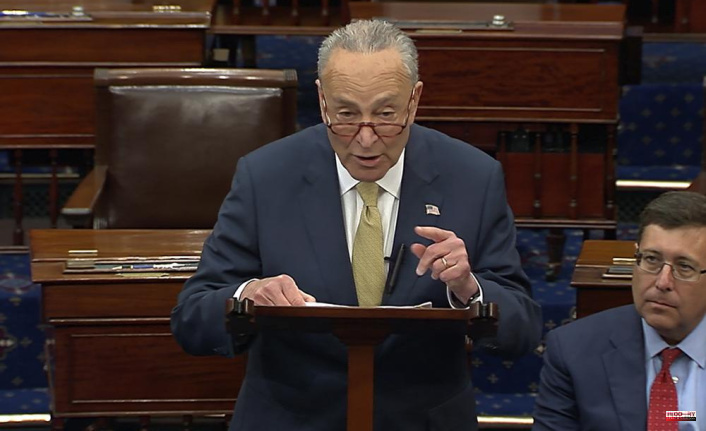 The Senate blocked the first attempt by Democrats to respond to the back-to–back mass shootings at Buffalo and Uvalde in Texas on Thursday. Republicans also blocked a domestic terrorist bill, which would have allowed debate on tough questions about gun safety and hate crimes.

Senator Majority Leader Chuck Schumer (D-N.Y.) tried to persuade Republicans to take up a domestic terror bill that had passed quickly in the House following mass shootings at a Buffalo grocery store and a Southern California church targeting people of color. It could be the basis of negotiation, he said.

The vote was defeated by party lines, raising doubts about the viability of robust debate and compromise on gun safety measures. The bill was defeated by 47 votes to 47, just short of the 60 required for it to be passed. It was opposed by all Republicans.

She called it "shameful" the National Rifle Association, and other organizations, have impeded the advancement of such measures. However she encouraged Congress to continue.

She stated, "The president has made it very clear that it's time for us to act."

The bill was rejected just two days after the massacre at an elementary school in Texas that resulted in the deaths of 19 children and two teachers. This highlighted Congress' failure to pass legislation to reduce the nation's gun violence epidemic. The bill also highlighted the high number of mass shootings in America as Congress failed to respond to earlier shootings and was again confronted with another massacre.

Schumer stated that he will hold bipartisan negotiations in Senate for about two weeks while Congress is on break to attempt to reach a compromise bill that could be passed by the 50-50 Senate. This means that 60 votes are required to defeat a filibuster.

Schumer stated that none of us were under any illusions that this would be an easy vote.

A small bipartisan group consisting of 10 senators, who have attempted to negotiate legislation on gun control, met Thursday afternoon in search for a compromise that could be approved by Congress.

These were distilled down to three topics: background checks for guns bought online or at gun shows; red-flag laws to prevent guns from being used by people who might harm themselves or others; and programs to increase security at schools and other buildings.

"We have a variety of options that are going to work on," stated Sen. Chris Murphy (D-Conn), who is leading negotiations. They split into groups and will report next Wednesday.

Since the 2012 massacre at Sandy Hook Elementary School, Newtown, Connecticut that left 20 children dead and six educators, Murphy has been pushing for gun legislation. On Thursday, he was joined by Senator Susan Collins, R. Maine, Sen. Joe Manchin (D-W.Va.), Sen. Pat Toomey (R. Pa.), and other. Collins, who is a veteran of bipartisan talks called the meeting "constructive."

It is evident, however, that funding local gun safety programs may be more politically feasible than implementing new federal policies.

1 The peculiar origin of 'You'll never walk... 2 Mo Salah's nightmare with Real Madrid 3 "This tears my soul apart": A Ukrainian... 4 Motorhome, van or plane from Miami, the odyssey towards... 5 Watch Russia's assault on Ukrainian hospitals:... 6 US Census Bureau: Large city losses in the COVID pandemic 7 How Abramovich had to sell Chelsea after falling from... 8 Ellen DeGeneres closes daytime show with a plea for... 9 Abrams-Kemp Slugfest promises to be long, expensive... 10 The US economy contracted by 1.5% in Q1, but consumers... 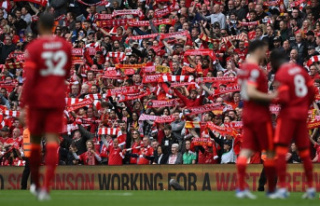