Motorhome, van or plane from Miami, the odyssey towards the Champions League final

The Champions League final between Liverpool and Real Madrid begins on Saturday at 9:00 p. 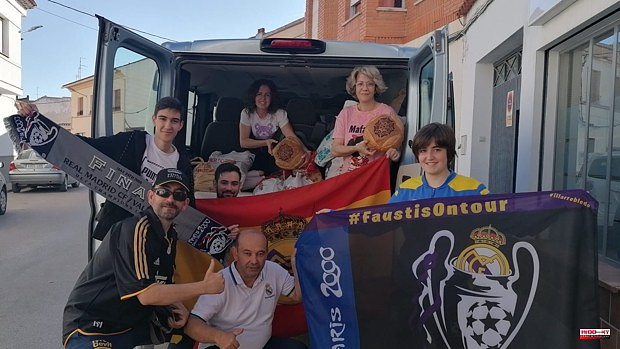 The Champions League final between Liverpool and Real Madrid begins on Saturday at 9:00 p.m., but for thousands of fans it began at the moment in which Daniele Orsato whistled the end of the match against Manchester. Luis resisted the urge to celebrate for a few minutes because he had to do something much more urgent than even get excited: get a cheap hotel in Paris for May 28.

The European football event par excellence is an incentive for the city that hosts the meeting. Hence, there is an increase in prices that sharpens the ingenuity of fans. There are those who risked booking or buying plane tickets even before knowing that Real Madrid would play that last game, like Luisete, from the Paris 2000 supporters club. Others, like Sergio Díaz, from the Madrid El Prat supporters club, are more cautious , which is why this time he has decided to travel by motorhome, to "carry the house on his back" and do without a hotel.

Luis is a member of the Paris 2000 supporters club, which receives that name because that group of Madridista friends became "official" in that final in which Sanchís and Fernando Hierro lifted the Eighth on May 24. Today, 22 years later, they meet again in the city where Raúl, with ten goals in the entire competition, left his mark and began this friendship between strangers who are now a family: Melero, Luis, David, Encarna, Luisete , German, Miguelo, Gutierrez, Magan...

«There have been more than a hundred trips around the world and 200 through Spain. It is one of the most active clubs in the club. The experience of having been in seven finals makes a final like a day at the office«, Melero, president of the rock, tells ABC.

They left last night in two vans, the first from Villarrobledo, headquarters of the rock, the other from Valdemoro. They make the trip in one go, about fifteen hours, without stopping to sleep, but with supplies for everyone. For Luis, who enlivened the trip with his photographic memory of all the results, scorers and even the minutes of all Real Madrid matches. Not just the finals. And for Alicia, the youngest of the expedition, who, with only three live matches, will now attend her first Champions League final. Others in the group had to wait more than twenty years.

They plan to arrive in Paris today at noon. And there they will meet another member of the group, Luisete, who had such faith in the team that he bought his plane ticket before starting the semi-final match against City. This is what they did in the Peña La Gran Familia, which is chaired by Gerardo Tocino: they travel by plane on the day of the match and return later, without spending the night. “How wonderful football is. Something that is no longer just sport, that is just money, commerce, politics, makes a group of strangers form a family for 24 years for a common dream. We come back home. The sky of Paris, with Marcelo as master of ceremonies, will once again make us the happiest on earth. Go for the 14 ”, encourages Melero.

The eight members of the Madrid El Prat rock from Barcelona are also on their way to Paris. Díaz has a lot of experience in trips of this type, this is his sixth final and, after having experienced all kinds of situations, he decided to rent a motorhome, which he has never driven, to make the journey to the French capital. «For Lisbon, we went by bus: 14 hours there and 18 hours back because we all met on the road at the same time. Now we are well equipped with food and drink: sirloin, sausage, ham, skewers, even a barbecue... We calculate that it is about 1,080 kilometers, so we will be about eleven or twelve hours of travel. And if we want to sleep, we can«.

He was in Cardiff, in Lisbon, in Milan, in kyiv. And she remembers the prices of those weekends. “The night in kyiv was 110 euros, but the match was 1,500. And in Paris it was the same, if you don't catch it soon, it's very expensive. In Milan we had to sleep at the airport and it was hard. There are those who do travel by plane because they took it out early. I looked at it and before the semifinal they are back and forth at 120 euros, which was affordable. Later, they were already around 600 euros.

But there are other members of the Catalan supporters club that have cost them much more in this final. Jonathan Cubillos comes from New York, and Mateo Galbis finishes a tour of Europe from Miami that began in the round of 16 at the Bernabéu against PSG, went through the semifinals in Manchester and is now in Paris to watch the final. "That one is going to be expensive for the Champions League, because he calculates about 1,000 euros per trip."

Both clubs have obtained tickets from those offered by the club for 60 euros. So, in total, they estimate that around 350 euros per person will be spent. “Since Miguelo has been in charge of the logistics of the tickets, we have always been there, and after six finals, we are more concerned about what type of cheese to take, whether the cured or the semi-cured, than if we are going to get the tickets”, Melero emphasizes. But there has not been for everyone. «In kyiv we chartered an entire plane and this time no. There were about 1,000 tickets for 2,800 peñas, so very few people go with a seat, but a lot go without a ticket. People who already had a plane and a hotel and I told them 'well, you are missing the most important thing,'" says Díaz.

For this reason, many fans call Díaz offering him the money it takes to get the golden ticket. In the resale, there are those who sell two tickets for which he aspires to take 3,000 euros. And up to 4,800 on some second-hand page. Tickets have also been purchased in England beyond the possibilities of many; A father and son from Liverpool have paid 8,000 pounds, and in resale prices range from 3,400 pounds (almost 4,000 euros) to 15,500 (more than 18,000 euros) for a seat in a VIP box.

Once in Paris, on game day, everyone's face will change. Raised spirits and desire as if they were to jump onto the grass at night. They will have forgotten the sleep, the tiredness, the fifteen hours on the road or the money left in tolls, tickets, gasoline, hotels, planes or resale.

1 Watch Russia's assault on Ukrainian hospitals:... 2 US Census Bureau: Large city losses in the COVID pandemic 3 How Abramovich had to sell Chelsea after falling from... 4 Ellen DeGeneres closes daytime show with a plea for... 5 Abrams-Kemp Slugfest promises to be long, expensive... 6 The US economy contracted by 1.5% in Q1, but consumers... 7 US makes COVID antiviral drug easier to access at... 8 Beto O'Rourke interrupts the briefing echoing... 9 Amber Heard asks Depp to leave her alone as she ends... 10 Andy Fletcher, founder of Depeche Mode, dies at the... 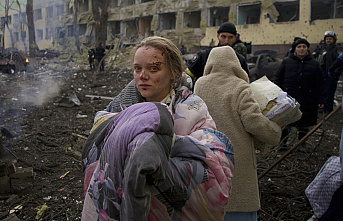