The imposition of Valencian on a father and teacher: «Some children have the right to study in their mother tongue and others do not»

The teacher who revealed how in the "training" courses to obtain the Valencian degree it is recommended not to answer in Spanish because the Valencian Community is "as if it were another country" also has a negative experience with languages ​​as a parent of students. 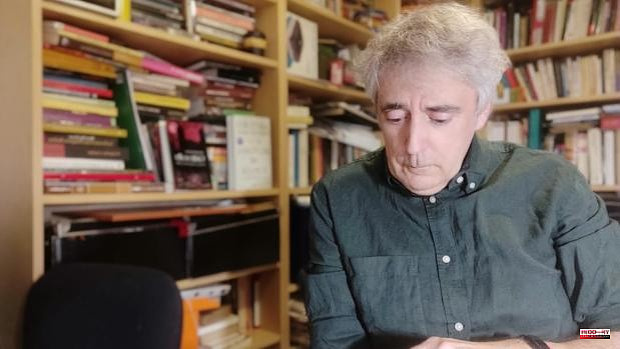 The teacher who revealed how in the "training" courses to obtain the Valencian degree it is recommended not to answer in Spanish because the Valencian Community is "as if it were another country" also has a negative experience with languages ​​as a parent of students. "At my children's school, it was said that either 25% was approved in Valencian or the Ministry would impose 80%", when the center's plan was going to be voted on.

Finally, that quota of a quarter of teaching in Valencian was established, but four years have passed and now they have to continue increasing with more subjects, which complicates things, according to Arturo E.

, which channels various disputes filed by families over the imposition of Valencian in the classroom with free legal support.

After his experience in the first person, when the dilemma was openly raised in this center to the families by a representative of the Administration in a meeting of the School Council, and also aware of other similar situations in other centers of the Vega Baja , Arturo D. warns of the growing "discrimination" in Spanish-speaking areas.

"Some children have the right to study in their mother tongue and others do not: who will have better grades, university places, scholarships...?", he asks. Because that added difficulty of having to learn most of the subjects as vehicular language in another language affects their performance.

As a teacher, he also warns that "by dividing the subjects for bilingualism, the contents are reduced", with which the students learn less.

«It is an atrocity from the legal point of view, the Multilingualism Law, it is an aberration, an insult to intelligence, because it goes against the Statute of Autonomy, the highest law in the Valencian Community, it recognizes the Castilian-speaking territories (50% ) have the right to exemption and the use of Valencian”, he assures, emphasizing that it is a higher-ranking norm.

Nor does it accept the thesis put forward by regional officials that the Statute establishes the exemption of the Valencian subject, "it is a lie because the subject did not exist when the Statute was approved, it was not taught, therefore, it referred to the 'use and teaching of Valencian' in general»

Consequently, in practice, this nuance makes the language prevail, in his opinion: «They are deceiving the population, they may be exempt from the Valencian language subject, but they are going to study Mathematics in Valencian, for example».

Therefore, he believes that "it is very sad and very unfortunate that, in these conditions, parents are going to have to go to a dispute and that costs money, the only ones who have the right are those who have money for a dispute, about 6,000 euros »,

And so they promote themselves as "two categories of students, and some are going to be relegated to a worse situation, and it is not going to be easy for them to learn that language either, because those who are going to teach it to them will not be natives either", as is their own This is the case, since Arturo E. has the Mitjà degree and the training course has been approved, because he also considers this language, which he learned after arriving in the province of Alicante from his native Cádiz, to be a «wealth» and a «patrimony».

The only exceptions will be the private centers, where they will be able to "avoid these circumstances", although they are few, while the concerted ones "also have to go through the hoop".

«We are teachers and on the subject of bilingual education, in English -which is much more useful-, it is a trickery, it is being sold to parents that it is as if their son were in Canada, but that is not the case, when they split the subjects, the contents are reduced, because the teacher never has the same management in explaining his subject in a language other than his own. and exactly the same thing happens to the student », he maintains.

From the pedagogical point of view, he believes that "quality is being lost in all subjects due to a supposed knowledge of other languages, and this is not true, although there are teachers who speak English very well, for example, but like a native",

A proof of this setback is illustrated with an example, of a colleague of hers, who has her son in a concerted center, with some subjects in English: «At the parents' meeting, everyone was reminded that it was the families who were in charge of complement the knowledge at home because it was taught in English, the subject was Natural Sciences in this case».

In his opinion, "it is not a debate about teaching or education, it is an ideological debate, carrying out an implementation of an ideological nature is the most painful, the feeling that they take us for idiots."

For this teacher, "according to the philosophy of the Conselleria, all the subjects are oriented to the transmission of the language, they are resources to learn Valencian".

1 The Superior School of Dramatic Art of Cuenca takes... 2 Feijóo declares his assets in the Senate: two houses,... 3 They revoke a 10-year sentence for sexual assault... 4 Approved a new decree to improve the Network of Performing... 5 Luis Enrique: "There will be surprises before... 6 Javier Tebas: «The one who is in a plot to eliminate... 7 Marion Cotillard: "We have a lot to learn from... 8 More than 100 registered in the Abánades Trail, the... 9 The PP denounces the neglect of the PSOE local government... 10 Family Business of Castilla y León proposes Pedro... 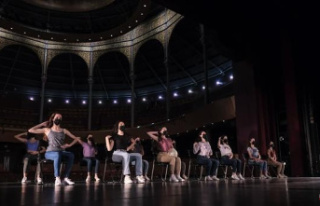 The Superior School of Dramatic Art of Cuenca takes...