Luis Enrique: "There will be surprises before the World Cup"

Spain returns to Seville, its second home, to start the journey in the new edition of the Nations League. 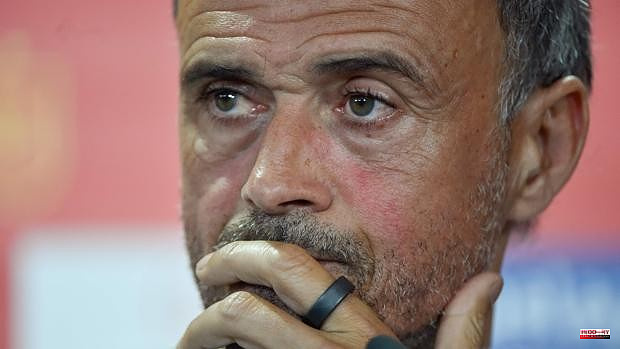 Spain returns to Seville, its second home, to start the journey in the new edition of the Nations League. He will not do it in La Cartuja, the scene of his latest successes, among them the direct qualification for the World Cup in Qatar last November, but in the Benito Villamarín, home in turn to the brand new Cup champion, and in whose entrails he still the 12 goals against Malta in 1983 resound.

Seville receives its selection with heat, but not suffocation. And also with the bad news of Thiago's goodbye, he was forced to drop out for the rest of the concentration due to his muscular problems. The Liverpool midfielder wanted to travel to Seville to experience this first meeting with the rest of his teammates.

He will go on vacation on Friday.

Luis Enrique appears in the Villamarín press room serious, perhaps because in the last appearances of the Asturian he was hammered with many questions about his future after the World Cup. Only then does it change the gesture of the coach, who has already made it clear on many occasions that he will not decide until the result of Qatar comes into the equation. Without that controversy, unnoticed on this occasion, the appearance drew attention to the enormous praise he made of Sergio Busquet, whom he described as the leader of his team: «The Busi thing is exceptional. Many times unfairly criticized, because when in life they see your face for a long time they get tired of you. I want him to continue being the leader of the national team, he can play for as many years as he wants. He is indispensable and very important ».

It coincided that the captain of the national team was the player chosen to go out next to the press conference, so it was inevitable to ask him about the praise: «Very grateful for his trust and his words, for everything he gives to the group and to me personally. I try to give it back, and hopefully this lasts a long time.

Luis Enrique also had good words for the two newcomers to the squad, Ansu Fati and Marco Asensio, whom he brought into the fight to enter the final list for the World Cup: «Ansu is recovered. You have to forget about his injury. We will see if he has minutes, it would be good for him to play, but they are official matches. And Asensio is a top player, he has enormous quality. I have always considered that the next player is him because he deserves it. The important thing is to be."

On the list, by the way, he announced more than one surprise: «The players who have given me confidence and who I consider have given the level will come, but the players are not stupid and they know that the list is always open. There will be surprises before the World Cup, with young or not so young players who give a very high level.

1 Javier Tebas: «The one who is in a plot to eliminate... 2 Marion Cotillard: "We have a lot to learn from... 3 More than 100 registered in the Abánades Trail, the... 4 The PP denounces the neglect of the PSOE local government... 5 Family Business of Castilla y León proposes Pedro... 6 Guadalajara receives 325,000 euros from the central... 7 The Government assures that it has invested more in... 8 "Watching the Rolling Stones is a dream come... 9 In turns, in a caravan and only for 4x4: this is how... 10 The popular jury finds the defendant guilty of killing... 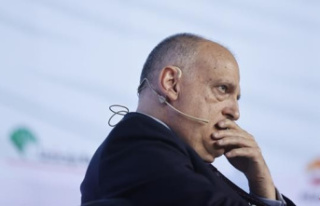 Javier Tebas: «The one who is in a plot to eliminate...