Marion Cotillard: "We have a lot to learn from Joan of Arc, her faith and the strength of her convictions"

It is clear that divos in opera are a thing of another time, and that the brilliance of movie stars obscures everything else. 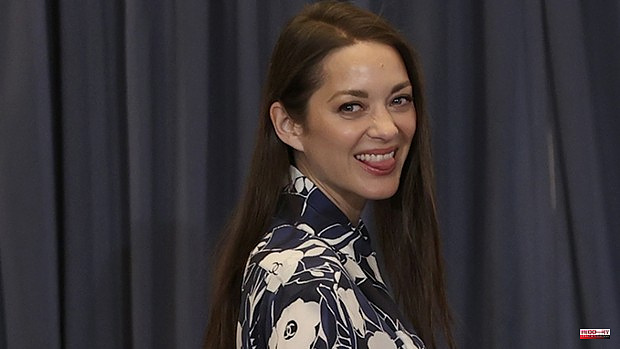 It is clear that divos in opera are a thing of another time, and that the brilliance of movie stars obscures everything else. To show the button of expectation that has aroused the presence of Marion Cotillard in the Royal Theater. The French actress -unforgettable interpreter of Édith Piaf in the film 'La vida en rosa', for which she won the Oscar- is the protagonist of the new staging of the coliseum, 'Joan of Arc at the stake' ('Jeanne d'Arc au bûcher'), a scenic oratorio by Arthur Honegger converted into an operatic show by Àlex Ollé, one of the members of La Fura dels Baus. The musical direction is by Juanjo Mena, who takes up the baton for the first time in the Real's pit, and the French actress is accompanied by the actor Sébastien Dutrieux, the sopranos Sylvia Schwartz and Elena Copons, the mezzo-soprano Enkelejda Shkoza, the tenor Charles Workman and the bass-baritone Torben Jügens.

The show - which premiered in Frankfurt in 2017 - is completed with Claude Debussy's work 'La damoiselle élue', with soprano Camilla Tilling and mezzo-soprano Enkelejda Shkosa.

It is not the first time that Marion Cotillard has faced this work -ten years ago she performed it at the Palau de la Música in Barcelona-, written by Paul Claudel and Arthur Honegger for the dancer Ida Rubinstein. Her mother, also an actress Niseema Theillaud, performed the piece in the eighties. «When they offered me to do it, in 2005, I was excited; It is one of those roles that happen once in a lifetime. They offered it to me again when I was pregnant and I couldn't do it then, and when the Teatro Real called me, it gave me great joy».

'Joan of Arc at the stake' is a symphonic-choral piece converted into an opera. «It is curious -explains Joan Matabosch, artistic director of the Teatro Real-, because it was conceived as an 'anti-opera', as a transgressive manifesto against the conception of opera in the thirties and forties, but today it fits completely within of the conception of gender. Àlex Ollé has placed his staging in the immediate future. The work premiered in Basel in 1938 in Basel, and was presented in Orleans six months before the invasion of Poland by the Nazi Army, the seed of World War II. «The historical moment seemed very interesting to me -says the member of La Fura-; in fact, Claudel later completed the oratorio with a prologue that refers to World War II. There have been later wars in Syria, in Somalia, now in Ukraine. And I thought about it. «Is it that we are not capable of learning, humanity is not going to change? That's why I took the staging to a timeless future; I also found inspiration in a book that Umberto Eco wrote together with several Italian intellectuals, 'The New Middle Ages'. With the temporary lack of definition I want to show a society that returns to the past, a dehumanized society. On stage you can see an apocalyptic world in which Joan of Arc appears as a ray of light and hope; We wanted her to be someone with whom the public could feel represented and that is why Marion is dressed in jeans and a T-shirt, like one more girl in that universe of barbarism».

Joan of Arc, a young French woman who at the beginning of the 15th century fought against the English in the Hundred Years' War, and who died at the stake when she was barely nineteen, is a character, insists Matabosch. “which the whole world has appropriated; even Valéry Giscard d'Estaing considered it a symbol of the European Union». Marion Cotillard says of her that “she is a woman of deep faith, of great convictions that give her immeasurable strength. She is a woman in a world, that of war, totally masculine, which is therefore in conflict. She was unjustly sentenced to death by accusing her of witchcraft, but since there was no tangible evidence the main accusation against her was that she dressed like a man. Every time I play her role I discover something very visceral about her, and we all have to learn from her, from her faith and the strength of her convictions. The intention and the rhythm that each orchestra director gives it -continues the actress- make it a different experience and every time I learn something new from Joan of Arc». And she adds the actress that Ollé's staging has allowed her to have a direct relationship with the choir for the first time. «She Normally she is in the stands behind me and I don't see it, but here the choir surrounds me, touches me, and a very strong dialogue is built. It is the first time that we look into each other's eyes and I speak directly to them."

Juanjo Mena, the musical director of the production, compliments Marion Cotillard by saying that he doesn't know if the actress knows music theory or cares. «Already in the first rehearsal with an orchestra that we had a couple of days ago he seemed like one more member of the orchestra itself, entering on time, with the precise rhythms. There's a lot of risk for her because we're making music, and Marion shows a flexibility that makes her work very interesting."

Marion Cotillard acknowledges that much of the emotional strength of the character and the work is precisely in the music and rhythm. “When I performed this play for the first time, it was a very powerful experience for me as an actress. I have hardly done theater throughout my career, but I like to do this work; music is a very important support because it brings out very deep emotions»

The score has very different influences, ranging from Gregorian chant to jazz, and a unique instrumentation, which includes two pianos, three saxophones and the Martenot waves that, says Mena, "have a sensuality that causes uneasiness, but Honegger knows how to use even humor. The orchestration is very diverse, very rich. The opening of doors that the work of authors such as Debussy himself -who also appears in this show- allowed Honegger to take a step forward and turn 'Joan of Arc at the stake' into a global work, into a masterpiece that It has never been done precisely because of its complexity. It is a huge opera that opens us to the future.

And that, adds Àlex Ollé, "is extremely topical because it talks about the human condition." Are we in danger of going back to the Middle Ages? Marion Cotillard is asked. “It depends on where in the world we are… There are some places that are still in the Middle Ages, and clearly they have to evolve. It is a question with many implications that I cannot answer.

1 More than 100 registered in the Abánades Trail, the... 2 The PP denounces the neglect of the PSOE local government... 3 Family Business of Castilla y León proposes Pedro... 4 Guadalajara receives 325,000 euros from the central... 5 The Government assures that it has invested more in... 6 "Watching the Rolling Stones is a dream come... 7 In turns, in a caravan and only for 4x4: this is how... 8 The popular jury finds the defendant guilty of killing... 9 Benidorm hoteliers ask for the resignation of Minister... 10 On Tuesday, June 7, Corpus chairs go on sale 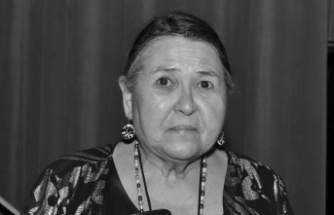 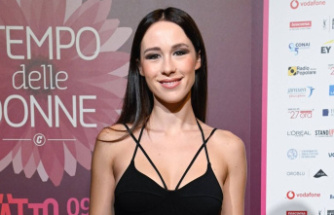 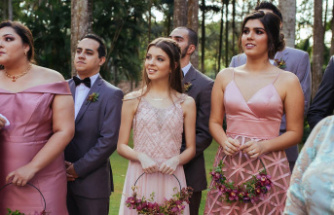 Elegant and fashionable: chic for a wedding as a guest: these outfits are suitable 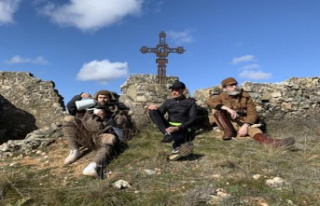 More than 100 registered in the Abánades Trail, the...