The great gun 'lobby' holds its annual meeting today in Texas, three days after the massacre

Only 72 hours after Salvador Ramos opened fire with an assault rifle against a class at a school in Uvalde, Texas, the annual celebration of the National Rifle Association (NRA) will open its doors this Friday. 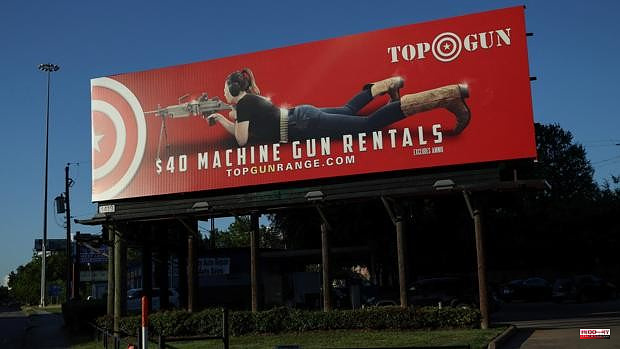 Only 72 hours after Salvador Ramos opened fire with an assault rifle against a class at a school in Uvalde, Texas, the annual celebration of the National Rifle Association (NRA) will open its doors this Friday. , the great 'lobby' of weapons. It will also do so in the main city of that same state: in Houston, a little less than five hours by car from the place where this 18-year-old, with mental and sociability problems, killed 19 children and their two teachers with a weapon bought in a store, like someone who goes to buy a book.

The annual meeting of the NRA is the great event for its members and leaders.

It is held in a large convention center in Houston, converted into a fair with the most sophisticated weapons and military equipment. And, also, in a forum where many of the great Republican politicians, aligned with the NRA, come to show their support for the staunch defense of access to weapons, a right enshrined in the US Constitution, but whose limits are discussed.

This Friday, 55,000 NRA members are expected to arrive, including industry insiders, dealers, dealers and gun lovers, including their families.

The massacre in Uvalde has again shaken the debate on the control of access to weapons and the proximity of the NRA meeting has exacerbated the spirits. This Friday several protests are organized in front of the convention center. Among them, one from the Democratic Party in Houston, with the slogan 'Don't look the other way'. Texas is a state with a Republican implantation, but, as in the rest of the cities, in Houston the Democratic vote dominates.

The mayor of the city, Democrat Sylvester Turner, has harshly criticized the NRA meeting after the tragedy suffered in the state, the worst in a school in its history. "You can't pray and send condolences one day and the next go and defend your weapons, it's wrong," he said. However, he has assured that he cannot cancel the event because it would mean an avalanche of "legal problems" for the city.

The highlight of the NRA convention is the speeches by its leaders and the politicians who support them (in 2021 alone, a year without elections, the 'lobby' gave five million dollars to politicians to prevent regulatory changes against weapons ). The great protagonist will be Donald Trump, the undisputed leader of the Republican party, who, for the moment, has not suspended his appearance at the meeting despite criticism from many that it is a slap in the face to the families and the memory of the victims.

The one who has decided to be absent at the last minute is the governor of Texas, also a Republican Greg Abbott, a fervent defender of access to weapons for whom the massacre broke out shortly before his speech. This Thursday he announced that he would not appear in person because he had scheduled a press conference in Uvalde to give information on support for the families of the victims. It seems more a gesture of sensitivity than a logistical reason. Instead, he will send a video message.

It is not expected that Senator Ted Cruz, another vehement defender of weapons, will stop attending, and who has been in Uvalde these days in support of the victims, but in strong opposition to any regulatory change. In his opinion, the security of the schools depends on controlling more than a criminal cannot access weapons —Ramos was not— and that the schools barricade themselves with security agents.

Those who have decided to cancel their appearance are several country music stars, who were going to participate in a great concert within the convention. For the moment, Don McLean, Larry Gatlin, Larry Stewart, Lee Greenwood have already said that, out of respect for the deceased, they will not attend.

1 Sunflower planting increases by 50% in Castilla y... 2 The Board asks for "forgiveness" where Gallardo... 3 Those of legal age will be banned from the ‘light’... 4 Five million in 'peonadas' to lower surgical... 5 23 accused of drug trafficking acquitted after the... 6 Gunman's final 90 minutes fuel questions about... 7 China's FM Visits Kiribati, Where Fishing Grounds... 8 Russia condemns West's sanctions and seeks to... 9 Three more funerals for Buffalo victims during week... 10 Abortion hurdles can be encountered in remote US territories... 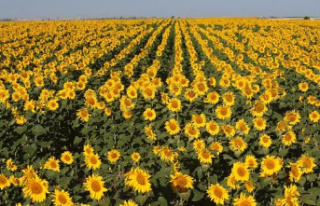