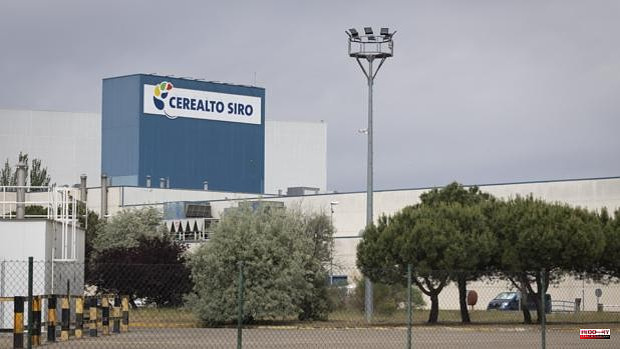 As "critical" yesterday recognized the delegate of the Government in Castilla y León, Virginia Barcones, which is the situation of Siro in Castilla y León. "There is very little time" to find a solution to keep the cookie company afloat, which accumulates a debt of about 300 million euros. On Friday, events accelerated even further. Late in the afternoon, Ceralto Siro Foods transferred the workers that would shortly paralyze the productive activity of all its plants in the Community given that the investment partner that would be willing to inject some 180 million euros in exchange for taking over 75 percent of the shareholders "is not in a position to proceed with the closing of the operation" or undertake the planned investment given that the employees have rejected the viability plan presented.

Barcones defended that the Government has been "involved in the Siro crisis for many months" to seek an investment financial solution and that it "maintain employment, conditions and productive activity." And this weekend they have been doing it "because the stage requires it." And incidentally, he reloaded the ink on the Junta de Castilla y León, which he accused of having reacted in a "very different way" to similar situations at other times and censured that the president, Alfonso Fernández Mañueco, has called "partial meetings » in allusion to the appointment next Wednesday with the representatives of the workers and the mayors of the affected municipalities.

From the Board, its Minister of Economy and Finance, Carlos Fernández Carriedo, also recognized "the difficulties" that "are raised on the table", as well as the work carried out so far. The also spokesman for the regional Executive encouraged the company's management and the works council to "reach an agreement that ensures the future of Siro" and that "allows potential investors to carry out that investment."

"If this were achieved, we could consider the persistence of Siro and its growth in the future," said Carriedo, who provided the Anclaje Foundation to try to reach an understanding between the parties. It is a non-profit public entity "in full readiness" to intervene "if each of the employers deems their call opportune," said the spokesman for the regional Executive. "Naturally, if both the unions and the employers are satisfied that a call can be carried out, we would do it," Fernández Carriedo stressed in statements collected by Ical before participating in the information session 'Next Generation Fund Opportunities in Castilla y León ' organized by El Mundo-El Correo de Burgos. Of course, he stressed that "the basic and fundamental" is that at this time a competitiveness agreement can be made available.

The call to resort to the Anclaje Foundation did not receive the same response from the unions as from the businessmen. As a 'kick' it seems that he sat in the union centrals. CC.OO. and UGT criticized yesterday not only that the Board "is late" in its intervention to save Siro's industries in the Community, but they called it an "occurrence" and recalled that the Board is also patron of the Anchorage. Meanwhile, CEOE Castilla y León pointed out that the employers understand that it should be the company that requests a meeting of the Foundation and stressed that if the company does not want to request it, they do not usually take that initiative, although "respecting the will" of Siro, any employer, Board, unions and employers can request the meeting.

The general secretary of the PSOE of Castilla y León, Luis Tudanca, also asked yesterday to work together to find a solution to this crisis, at the same time that he spoiled the moment in which Mañueco called the meeting "to the limit" and questioned whether it would arrive when "we can't do anything"

Yesterday, what the workers considered an "ordago" became a reality and in the cookie maker of the Palencia town of Venta de Baños they no longer even turned on the oven. It is the plant for which the viability plan includes its closure. And although the workers said goodbye on Friday, leaving everything ready to start again on Monday, yesterday the morning shift that came in was only dedicated to cleaning. Not a single cookie was baked at the facility, for which the workers refuse to believe that it is already the end after forty years of activity. Yesterday, as recognized by the president of the works council, María del Mar Rodríguez, they had doubts as to whether they would not start production today either.

Uncertainty also in the rest of the plants. Another of the factories in Venta de Baños had planned a strike with the aim of carrying out disinfection tasks this week, so they do not know when and if the company's intention to paralyze productive activity finally materializes and "only manage the box with finished production stock'. In Toro (Zamora), yesterday was a holiday, so they didn't work.

The workers' representatives want to jointly address what they will present to the president of the Board tomorrow, although from the Venta de Baños - on which the closure hangs - they insist that "our problem is more serious." “We are not in the same situation”, since the viability of their plant is not even included in the plans of the competitiveness plan, with which they feel “cheated”. "They offer us some conditions so that we leave voluntarily," censured the president of the works council.

1 Nadal's foot treatment: "The key is to hit... 2 Australian central bank raises interest rate for the... 3 'Ave Fénix', from the 5 Gustos restaurant,... 4 A court opens proceedings after a criminal complaint... 5 Sacyr leaves Repsol: this was its frustrated assault... 6 AP PHOTOS - India's Assam celebrates the harvest... 7 Colombia announces the discovery of two new historic... 8 One deceased and nine injured after a van left the... 9 What do the Canarian House of Columbus and the Sistine... 10 Mañueco will respond today in the Cortes on Siro 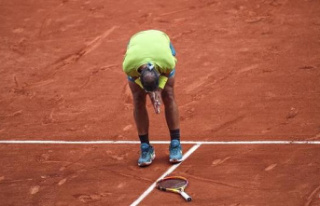 Nadal's foot treatment: "The key is to hit...