The gastronomic preparation 'Ave Fénix', from the Valladolid restaurant 5 Gustos, won the Golden Pincho award yesterday during the final of the XXIV Provincial Pinchos Contest held in Valladolid. 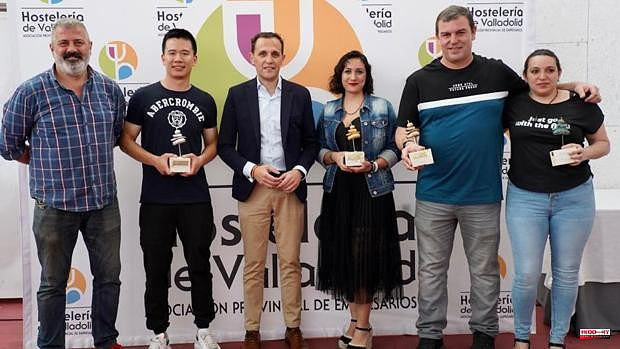 The gastronomic preparation 'Ave Fénix', from the Valladolid restaurant 5 Gustos, won the Golden Pincho award yesterday during the final of the XXIV Provincial Pinchos Contest held in Valladolid.

The Silver Pincho went to the ideologues of the 'Igteriumm 2.0' cover, belonging to the Jiapan restaurant, while the Bronze went to the Los Zagales restaurant with 'Sensaciones', while the Copper went to La Viña de Patxi for ' Spa Mackerel', reported the Valladolid City Council in a statement

The four establishments will be the ones representing Valladolid in the National Pinchos and Tapas Contest to be held at the Millennium Dome on November 7, 8 and 9.

The Councilor for Culture and Tourism, Ana Redondo, highlighted the quality of the tapas presented by the 48 participating establishments and recalled that this cuisine "is a city brand". In addition, she assured that "before we had a First-class soccer team, we already had some First-class tapas."

During this gala, the Conde Ansúrez Awards were also presented, whose highest award went to Enrique Cornejo. Ana Redondo also presented a tribute plaque to the Castrodeza brothers, from the Villaparamesa restaurant.

1 A court opens proceedings after a criminal complaint... 2 Sacyr leaves Repsol: this was its frustrated assault... 3 AP PHOTOS - India's Assam celebrates the harvest... 4 Colombia announces the discovery of two new historic... 5 One deceased and nine injured after a van left the... 6 What do the Canarian House of Columbus and the Sistine... 7 Mañueco will respond today in the Cortes on Siro 8 As UN appeals for relief funds, Sri Lanka's PM... 9 Macrooperation in the Canary Islands against fraud,... 10 The video of the shooting of two gang members to the... 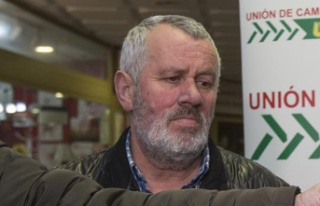 A court opens proceedings after a criminal complaint...