Nadal's foot treatment: "The key is to hit the nerve"

In the celebration of his umpteenth conquest –14 Roland Garros already, on the way to fulfilling Nico Almagro's prophecy (“he will win it at 65 years old”)– tennis, greatness, but also pain were discussed. 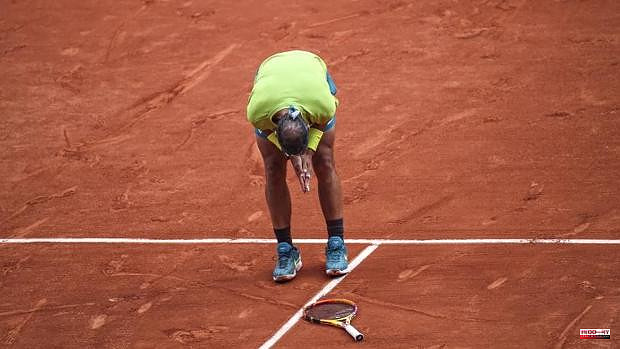 In the celebration of his umpteenth conquest –14 Roland Garros already, on the way to fulfilling Nico Almagro's prophecy (“he will win it at 65 years old”)– tennis, greatness, but also pain were discussed. He is the traveling companion of the Spanish champion, an unavoidable guest because the disease he suffers from (Muller-Weiss) has no cure. The foot upsets the tennis player, as much as to think of drastic solutions, and makes citizen Nadal uncomfortable, who will have to undergo surgery sooner or later to continue with his life away from the courts. Nadal is going to undergo a technique that has been around for years and that many patients, like him, are familiar with from pain: radiofrequency injections.

It is a technique in which an electric current is applied

, controlled by the doctor, through a cannula or needle that attacks the nerves of the injured tissues where the pain is generated. The high-frequency current passes through a cannula in which the temperature only increases in the part of the tip, between 2 and 4 millimeters. The heat transmitted by the cannula is applied to the sensory nerve causing the pain, so that the transmission of that ailment is interrupted.

“The key is to hit the nerve that produces the pain. They can be one or several”, explains Dr. Isabel Guillén, head of the Cartilage Unit and specialist in foot surgery at the Cemtro Clinic. “If the radiofrequency works well, sometimes you don't have to repeat it. On other occasions, it must be done again after six months or a year. Radiofrequency has a time, it does not last a lifetime.

“Radiofrequency injections take away the pain, but they are not going to cure the disease. An attack is made on the nerve and it stops hurting. I don't know if they will be able to take Nadal's pain away. Surely she will have a deformed foot after so many years of injury », says the traumatologist.

Isabel Guillén, who has treated the tennis players of the Davis Cup team, although she has not analyzed the foot of the Roland Garros champion, delves into the matter. «Muller-Weiss disease, which was believed to be spontaneously idiopathic, has now been seen to be due to overexertion during the growth period. It has no solution. The only possible one is surgery with osteotomy. It is an aggressive surgery and if it is operated, he will no longer be able to play at his level. I never explored his foot, but I understand what they propose. As a doctor, I would do it if I were Nadal. Nothing to lose. The 'no' already has it. He will never have a club foot like the other. But if they take away the pain, it's a big step forward."

Alfonso del Corral was head of medical services at Real Madrid and today works as a traumatologist specializing in orthopedic surgery at the Ruber Clinic. «With this practice you can achieve everything, that the discomfort disappears completely or that it is partially mitigated. The success of the mission depends on the skill of the doctor, locate the nerve and perform the blockade. It is practiced with ultrasound control and they are usually doctors who are experts in pain, professionals who come from the world of anesthesia », he tells ABC.

The question that has no answer today is the one that Rafa Nadal is asking at this hour. Can the technique work on the champion's foot? Experts answer. “Yes, because with a little pain that they take away from him, it will be a lot for him,” says Isabel Guillén. It depends on whether the radiofrequency is done at one level or at several. Nor can you prick ten nerves. You have to know that it does not affect everyone. And the worse your joint is, the less chance of success you have."

“It is not a treatment that can guarantee one hundred percent to defeat pain. There are patients in whom it is a success and others who improve for a while, but in the end they need surgery, "explains Dr. Del Corral.

Sooner rather than later, going under the knife seems inevitable for Rafael Nadal if he wants to continue with a normal life as a citizen who fishes, plays golf and plays tennis with his friends. «He will have to operate at some point when he leaves tennis. How many soccer players have come to Cemtro to have an ankle prosthesis implanted? A lots of. Professional sport wears out a lot”, analyzes Dr. Guillén.

Alfonso del Corral recalls with examples that we are not dealing with a new technique, but rather that it has been implanted in the sport for many years. «Mijatovic played blocked that European Cup final (1998), and Raúl did the same in the Glasgow final (2001), he had a finger that hurt a lot, we blocked him and he scored a goal with that foot».

1 Australian central bank raises interest rate for the... 2 'Ave Fénix', from the 5 Gustos restaurant,... 3 A court opens proceedings after a criminal complaint... 4 Sacyr leaves Repsol: this was its frustrated assault... 5 AP PHOTOS - India's Assam celebrates the harvest... 6 Colombia announces the discovery of two new historic... 7 One deceased and nine injured after a van left the... 8 What do the Canarian House of Columbus and the Sistine... 9 Mañueco will respond today in the Cortes on Siro 10 As UN appeals for relief funds, Sri Lanka's PM... 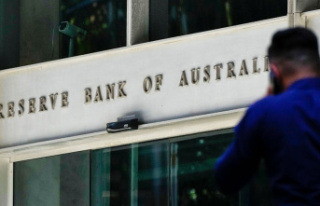