The presentation of the XIV Barometer of the National Federation of Self-Employed Workers (ATA) has denoted the complicated situation faced by self-employed workers in Spain. 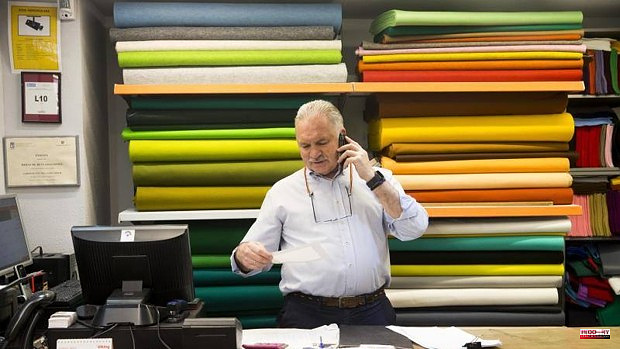 The presentation of the XIV Barometer of the National Federation of Self-Employed Workers (ATA) has denoted the complicated situation faced by self-employed workers in Spain. 57% of those surveyed have had to raise the prices of their products as a result of the increase in inflation compared to 37.8% who maintain them, although two out of three self-employed plan to increase prices if the upward pace is maintained.

Despite the lifting of the restrictions due to Covid-19, 66.5% of the participants in the barometer have indicated that they are still far from recovering their pre-pandemic activity and only 7.2% trust that they will do so soon. throughout 2022. The invasion of Ukraine, the rise in prices, the shortage of raw materials and the rise in energy costs make it difficult for the sector to recover from the economic consequences of the pandemic.

Specifically, seven out of ten self-employed have been more affected by the rise in the price of electricity than by the increase in the cost of fuel or raw materials, while the inflationary spiral affects eight out of ten participants in the barometer.

The president of the ATA, Lorenzo Amor, took the opportunity to comment on the reform of contributions that the Government is carrying out, in negotiation with the social agents.

Amor has defined as “starting the house through the window” the publication of a regulation of the law that modifies the quotas for the self-employed, since said law is still being negotiated. “That this is being developed by regulation seems very illogical to us. Establishing a regulation of a law that does not exist is not very serious”, emphasized the president of the ATA.

In reference to the deadline set by the Executive for this reform on June 30, Amor has indicated that the Minister of Social Security, José Luis Escrivá has confirmed that "the deadlines are movable" and that the ATA is willing to continue talking. "At this time, the one who has the ball in its court is the Government and it is the one that has to present a proposal for tranches," Amor pointed out, and he warns that it makes no sense to propose "excessive" measures in the quotas taking into account the actual situation.

One million self-employed workers (30.4%) confirm that they have applied for financing in the last two years through the ICO or other public or private entities. Refusals account for 6.3% of cases.

On the other hand, 43.5% of the self-employed have not benefited from any type of aid or benefit during the two years of the pandemic, which represents a total of 1,450,000 members of the group. 19.4% attribute it to bureaucratic obstacles.

Looking to the future, three out of ten freelancers expect their activity to decrease in the coming months due to the difficulties facing the sector, so they do not rule out having to close their business. However, more than half are confident that the situation will continue or improve and they foresee a slow but progressive recovery.

Regarding how the self-employed assess the role of the Administration, the most common response is that of suspense. More than 70% of those surveyed have pointed out the difficulties they face due to bureaucratic procedures and do not approve of the regulations and measures that are being carried out by public administrations to alleviate the situation they face.

1 1,000 waiters and cooks are sought for the summer... 2 Brussels warns Spain of the end of the free spending... 3 The challenge of harnessing the sustainable seam of... 4 Technology comes into play at the time of the vindication... 5 These are the cheapest hours of electricity for Monday 6 A new life that goes far beyond the limits of the... 7 The thriving alternative for university entrance and... 8 Unamuno returns to "walk through Salamanca"... 9 The bear cub found in Igüeña (León) responds positively... 10 Santiago Abascal considers settled the "first... 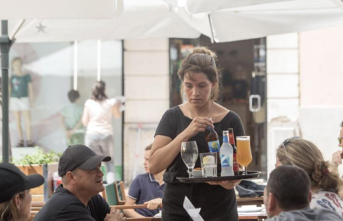