The Minister of Finance and Economic Model, Arcadi Spain, has announced to the service stations of the Valencian Community that from this Monday they can access the IVF-Energy Products subsidized financing line, endowed with fifty million euros «to guarantee that close to than 800 gas stations can accept the bonus of 0. 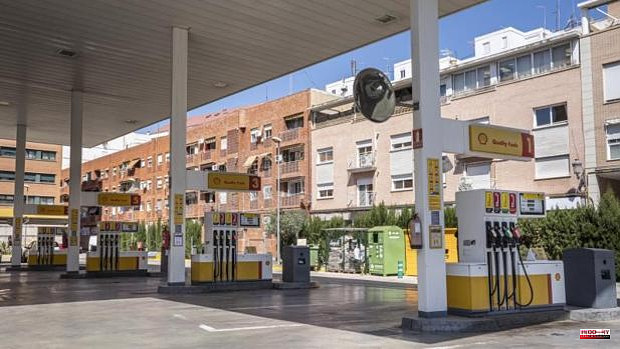 The Minister of Finance and Economic Model, Arcadi Spain, has announced to the service stations of the Valencian Community that from this Monday they can access the IVF-Energy Products subsidized financing line, endowed with fifty million euros «to guarantee that close to than 800 gas stations can accept the bonus of 0.20 euros per liter from the central government without causing tensions for their businesses.

In a meeting together with the director of the IVF, Manuel Illueca, and the president and general secretary of the CEV, Salvador Navarro and Esther Gilabert, Spain has reiterated that the objective has been twofold: «On the one hand, to devise a financial instrument, free of charge some for the stations and an interest rate of 0%, which guarantees the viability of their businesses after the measure promoted by the central government; and, on the other, to facilitate and promote the implementation of the twenty cent discount at all gas stations so that users can benefit from it without causing any inconvenience for small service stations».

Through this financial product, gas stations can access subsidized loans of up to one million euros. In the case of self-employed people, the limit is set at 150,000 euros and for micro-enterprises a limit of 300,000 euros is set.

As explained by Arcadi España during the meeting held with those responsible for the CEV, the maximum amount of the advance that each service station may receive, as negotiated with the sector, will be calculated taking into account the average monthly consumption of said season during 2021, being able to request the estimated cost of the bonus for a total of two monthly payments.

In addition, it has also indicated that these loans have a total bonus on the interest rate "thanks to the economic effort of nearly seven million euros that we have made from the Department of Finance and Economic Model to pay for the interest and that this advance does not it does not involve any cost to them, so that the first eighteen months the cost of the operation will be zero percent».

The call for the new line of subsidized financing IVF Afín Energy Products has already been published in the Official Gazette of the Generalitat Valenciana and can be requested through the new IVF web platform (prestamos.ivf.es) «guaranteeing that simply and quickly they will be able to have these resources from the Generalitat at their disposal, assuring them a sufficient financial cushion until the central government transfers the resources to them.

The IVF Affiliated Energy Products subsidized financing line is included among the measures framed in the Reactive Plan, designed by the Consell as a response to the energy emergency situation and whose objective is to reactivate the economic recovery in the Community and make it easier for companies and citizens to against the increase in energy and hydrocarbon costs.

1 Ximo Puig's brother blames the Generalitat before... 2 A kamikaze driver traveled at night in the opposite... 3 A minor stabbed at the door of a store in Vallecas 4 Four of the six cases of monkeypox in the Canary Islands... 5 The fans of Hércules will demand again on Sunday... 6 'The Boxing Night' returns to Valencia:... 7 A new hope for the most aggressive cancers 8 When is the 2022 Champions League final? 9 The lawyers of Congress close the door to sanction... 10 Villarejo encourages independence theories on TV3 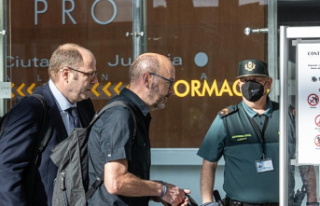