A new hope for the most aggressive cancers

Pancreatic cancer is one of the deadliest. 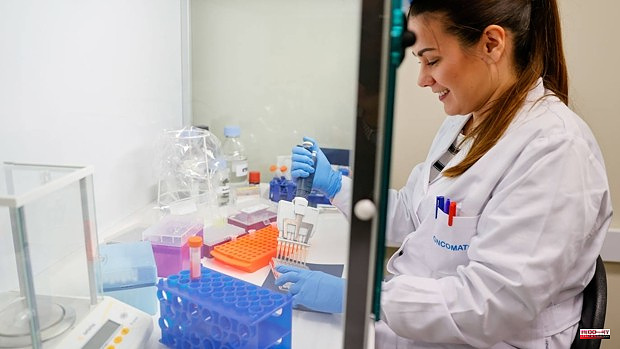 Pancreatic cancer is one of the deadliest. Only 1% to 4% of those diagnosed survive. More than a decade ago, the laboratories of the company Oncomatryx, in Derio, Vizcaya, set out to find a cure against one of the most aggressive cancers known to date. Fifteen years later, they have created a conjugated antibody that opens new hope for these patients.

The high mortality of pancreatic cancer is explained by the fact that early detection is not easy and, almost always, when it is diagnosed it is already at a very advanced stage. In addition, the tumor manages to create a kind of cellular shield around the lesion that is known as the tumor microenvironment. In addition to helping it expand, it has a barrier effect for tumor drugs that, since they cannot pass through it, cannot attack damaged cells either.

These Biscayan laboratories then thought that the key to curing these aggressive cancers must lie in that tumor microenvironment and decided to focus their efforts on finding a way to penetrate that layer that surrounds the lesion and that makes it very difficult to cure. "It was something that no one had dared to work against," explained Laureano Simón, CEO of the company, during the presentation of the trials.

Thus, they first managed to detect the key protein that explains the existence of this tumor shield and then identify the cells that generate it in order to find a way to eliminate it. The result is OMTX705, a “very powerful” combined antibody, which in practice is three drugs in one and, as has been shown in the first laboratory tests, has hardly any side effects.

"We are opening a new way to attack metastatic cancer," Simón acknowledged. And it is that the drug could also be effective in curing other tumors with high mortality that also develop that tumor microenvironment that acts as a shield against treatments. Among them is lung cancer, one of those with the highest incidence in humans and which is the leading cause of cancer mortality among men, and the third among women. It could also be useful against triple negative breast cancer.

The first tests that have already been carried out on animals invite optimism. The group of researchers has recognized that the results have been even better than they could have imagined. Simón has gone further and has predicted that his team is working with what in a few years will be an "important part of the treatment that the oncologist will be able to offer his patient." "It makes us believe strongly in the possibility that we will be able to cure a lot of disease caused by solid tumors," he added.

For this, the next step will be to overcome the clinical trials that have already been authorized by both the American Medicines Agency and the Spanish Medicines Agency. The drug will be tested from June on 150 patients from eight hospitals. One of them is the Beth Israel Hospital, at Harvard University, which will be in charge of leading the research in the United States. The list is completed by seven other Spanish hospitals: Val D`Hebron and the Catalan Institute of Oncology (ICO), in Catalonia; the Twelve of October and the MB Anderson Cancer Center, in Madrid; the Onkologikoa of San Sebastian; the Virgin of the Victory of Malaga; and the University Clinic of Navarra, in Pamplona.

The CEO of the company has defined this new stage of clinical trials as an "exciting moment" after 15 years of research and a total investment of 35 million euros. In addition, as he explained, if the drug repeats the good results obtained in animals in humans, both agencies would be in a position to speed up the permits. That is, if all goes according to plan, the OMTX705 could be available in hospitals within five years.

1 When is the 2022 Champions League final? 2 The lawyers of Congress close the door to sanction... 3 Villarejo encourages independence theories on TV3 4 International Museum Day brings together 4,000 people... 5 They arrest a doctor from a hospital in the province... 6 Sound excursion in search of the (almost) lost Baroque 7 The alleged perpetrator of the last sexist murder... 8 They present 3,400 signatures of teachers against... 9 Puerto Vallarta hosts this week the ILCA7 World Cup 10 Calviño urges Brussels to update the taxation rules... 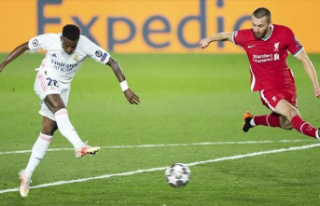 When is the 2022 Champions League final?