Francis Puig, brother of the president of the Generalitat Valenciana Ximo Puig has declared as accused this Monday before the judge investigating the alleged fraud in the granting of subsidies to the production companies that he administers, by the Valencian and Catalan governments, between 2015 and 2018 . 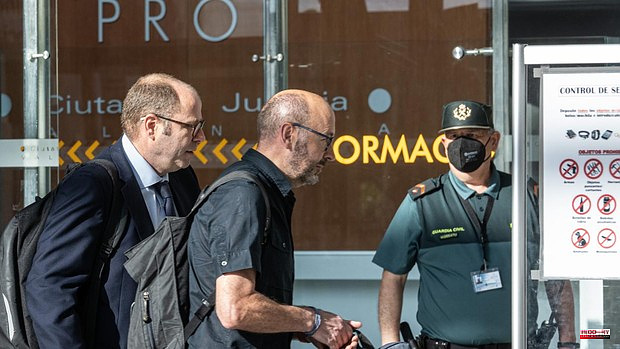 Francis Puig, brother of the president of the Generalitat Valenciana Ximo Puig has declared as accused this Monday before the judge investigating the alleged fraud in the granting of subsidies to the production companies that he administers, by the Valencian and Catalan governments, between 2015 and 2018 .

In an "extensive" appearance that has lasted for four hours in the Court of Instruction number 4 of Valencia, Puig has focused on trying to dismantle the report of the Economic Crimes Unit of the Civil Guard - a 400-page document full of "errors", in the opinion of his lawyer - that revealed four types of irregularities in the justification of the public aid granted.

Legal sources present during the statement have told ABC that Puig has held the government led by his brother responsible for not having informed him of the possible inaccuracies in the documents presented.

It has also affected that they were never required to return any amount.

Puig's lawyer, Javier Falomir, lamented, upon entering the City of Justice, the "damage" inflicted on his client and his family and was "very happy" upon leaving. Falomir has explained that the prosecutor has used the report of the Judicial Police as a "script" to review one by one the subsidies received by Comunicacions dels Ports and Mas Mut Produccions. For their part, they have promised to provide “soon” all the necessary documentation to resolve the doubts of the spokesperson for the Public Ministry and “close as soon as possible” this “unfortunate” procedure.

The court is also waiting for the Intervention of the Valencian and Catalan Generalitat to submit their respective audits on the public money granted under a magnifying glass. In this regard, Puig's lawyer does not believe that there are "surprises" and they will request dismissal.

The investigated has not answered the questions of the PP lawyer, who exercises the private prosecution in this open case since 2019 after a complaint from the party, a long process that Francis Puig's lawyer has attributed to the workload of the Civil Guard .

1 A kamikaze driver traveled at night in the opposite... 2 A minor stabbed at the door of a store in Vallecas 3 Four of the six cases of monkeypox in the Canary Islands... 4 The fans of Hércules will demand again on Sunday... 5 'The Boxing Night' returns to Valencia:... 6 A new hope for the most aggressive cancers 7 When is the 2022 Champions League final? 8 The lawyers of Congress close the door to sanction... 9 Villarejo encourages independence theories on TV3 10 International Museum Day brings together 4,000 people... 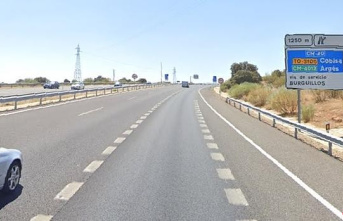 A kamikaze driver traveled at night in the opposite...