The foil, one of the new impulses of sports tourism in Mallorca

And in Spain, a sailing circuit has established itself as one of the benchmarks at a European level, betting on a first-class competition in destinations of great tourist value such as Mallorca or the Costa Brava. 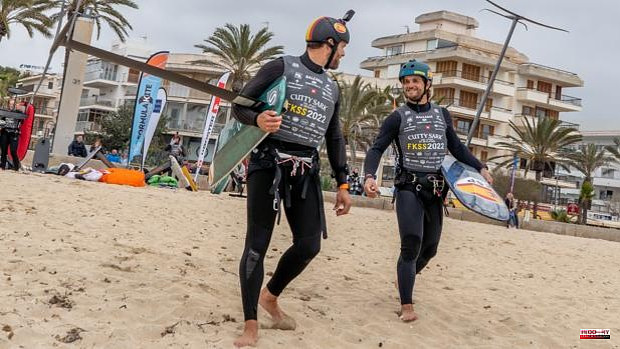 And in Spain, a sailing circuit has established itself as one of the benchmarks at a European level, betting on a first-class competition in destinations of great tourist value such as Mallorca or the Costa Brava. The Formula Kite Spain Series, marks among its main objectives, being a potential tool for the revitalization of local economies, making the venues that host each stop on the circuit internationally known. As a clearer example of this strategy we have Mallorca, which after four seasons, with a pandemic in between, has made an unknown spot for this discipline one of the reference points for training and holding competitions, making this sport established in such benchmark clubs as the Club Nàutic S'Arenal and the Real Club Náutico Puerto de Pollença.

In 2019, the first time that the FKSS visited Mallorca, the regatta came together with the participation of just 20 sailors. The pandemic and confinement did not prevent the regatta from growing and consolidating in 2020, reaching 2022 with seventy sailors from four continents.

A matter of weeks ago, the Club Náutico S'Arenal, located in the Majorcan town of Llucmajor and next to the famous bay of Palma, was the epicenter of world kitefoil through the celebration of the FKSS 2022 Mallorca and the Trofeo Princesa Sofia. Competitors from Spain, France, Australia, Finland and up to twenty-five different nationalities enjoyed the excellence of the Majorcan bay as a sailing destination.

Majorca as a destination of reference

Good winds, good accessibility, good quality waters and beaches, and good logistical support and solvent structures are some of the characteristics that are most required to become a key destination for this sport.

Thanks to the work side by side with local entities, the promotion of the Mallorca destination both in national and international markets among athletes, technicians and companions has borne fruit, with the increase in the practice of related nautical sports being evident in the last year. with the foil in Mallorca, demonstrating its great potential within this new segment of sports tourism.

The national formula kite circuit also has the support and co-organization of one of the greatest references at the national level for the practice of sailing, the Club Náutico S'Arenal, from which many Olympic medalists have emerged. The excellence of Mallorca as a destination for the practice of nautical sports is indisputable, attracting in addition to this foil circuit, such important regattas as the Copa del Rey de Vela, the 52 Super Series, the Superyacht and the Palma Vela.

300 days of sunshine a year

Mallorca is a benchmark for sailing, both professional and leisure, since the island enjoys an enviable climate that means that sea sports can be comfortably enjoyed all year round. Although the summer months are the ones that most attract sports tourists, true lovers of the sea know that Mallorca enjoys great conditions well beyond the months of July and August.

The Formula Kite Spain Series has found in Mallorca the opportunity to settle the event within the island, deseasonalizing tourism beyond the summer season and being able to take advantage of its facilities and structures.

1 The Way of Bonnie, attraction at the Rheffissimo Prize 2 P&O Ferries boss says he is 'extremely sorry'... 3 Putin's health problems and his continuous visits... 4 Two men arrested for throwing a woman they were going... 5 TAC: when the street becomes a big stage 6 The current generation of canaries will experience... 7 The Warriors, first finalists of the NBA 8 The mother who escaped the police cordon and rescued... 9 Widespread doubt about N. Korea's small COVID... 10 Ship expands Iran Revolutionary Guard’s reach to... 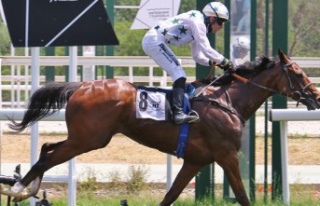 The Way of Bonnie, attraction at the Rheffissimo Prize