The director of the Consortium of Museums of the Valencian Community, José Luis Pérez Pont, has been convicted by a court for a minor crime of reckless damage to property, by authorizing graffiti by the duo of artists PichiAvo on the walls of the Renaissance cloister of the Center del Carme Cultura Contemporània (CCCC). 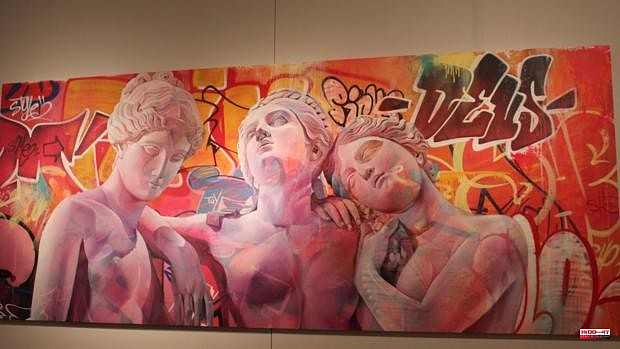 The director of the Consortium of Museums of the Valencian Community, José Luis Pérez Pont, has been convicted by a court for a minor crime of reckless damage to property, by authorizing graffiti by the duo of artists PichiAvo on the walls of the Renaissance cloister of the Center del Carme Cultura Contemporània (CCCC).

The resolution imposes a fine of 1,080 euros, although the head of the Consortium plans to appeal the sentence, which is not final.

Specifically, the court considers it proven that Pérez Pont must have known that the paints used in this artistic intervention did not have the necessary porosity and permeability to allow the water retained by the wall to evacuate.

It happened in February 2019, when the PichiAvo duo of artists (authors of the municipal Falla of that year), accompanied by the TFK Crew, intervened in the aforementioned Renaissance cloister from the 13th century with a graffiti of almost a thousand square meters, as a preview of the 'Evreka' exhibition that opened that year in the cultural space.

The intervention of the cloister, they explained at the time, was a "tribute to the purest graffiti", since only silver, black and white sprays were used, representative of the most genuine version of this technique. The artists thus wanted to transfer urban art from the street to the museum.

The spokesman for Culture of the popular group in the Valencian Parliament, Luis Martínez, has asked for the resignation of the director of the Consortium of Museums of the Valencian Community, José Luis Pérez Pont, after this conviction. "Someone has to take responsibility," he said.

Choosing the Center del Carme for this intervention was "absolutely unfortunate, and that was seen from the first moment, sparking criticism from cultural associations and architects," the popular regional deputy stressed in a statement. "Surprisingly, the project went ahead in the face of the absolute passivity of the Ministry, which took more than a week to request a report on whether damage had been caused," he lamented.

«If what was sought was to raise expectations there were a thousand places to achieve it. Allowing graffiti to be installed was a mistake that has ended in conviction », she has expressed.

Martinez has stated that this "new conviction" makes it "clear" that the Botanist "does not care about the Valencian heritage" and has urged the Valencian Executive to "invest more in recovery and conservation."

Likewise, he has been "surprised" that the new Minister of Education, Culture and Sports, Raquel Tamarit, "brags about the inheritance received" by leaving the previous holder of these portfolios, Vicent Marzà, "a trail of convictions, both in Education as in Culture».

1 Schiff says Trump aides not being charged by the DOJ... 2 Submitted the application for the candidacy of the... 3 Russia attacks kyiv for the first time in more than... 4 Russia gives Ukraine more power 5 Albania's top general is elected as the country’s... 6 Cambodians vote in the local elections amid intimidation... 7 Mediterranean countries criticize EU solidarity regarding... 8 Silver medal for Gisela Pulido in the second round... 9 In India, a factory fire claimed the lives of 8 people... 10 Hong Kong police patrol a park in Hong Kong to enforce... 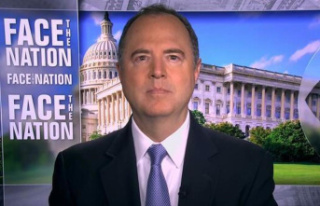 Schiff says Trump aides not being charged by the DOJ...