The president of the Ciudad Real Provincial Council, José Manuel Caballero, has announced that the application dossier for the candidacy of the 'Geopark Volcanes de Calatrava' project has already been submitted. 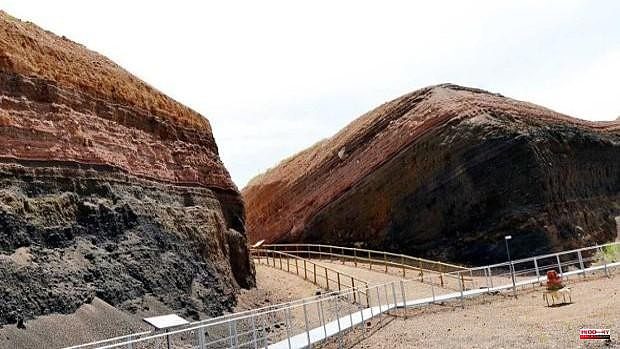 The president of the Ciudad Real Provincial Council, José Manuel Caballero, has announced that the application dossier for the candidacy of the 'Geopark Volcanes de Calatrava' project has already been submitted. Ciudad Real' before the National Commission for Cooperation with UNESCO.

It has done so within the framework of the celebration of the 'Flavors of Don Quixote' dedicated to this project and which have been developed in Carrión de Calatrava, the Provincial Council has informed in a press release.

In this request, the singularities of the territory are developed in terms of its geological potential and its tourist, cultural and social links with the municipalities included in the geographical delimitation of the project. In addition, it includes information related to the management of the project under demographic, social, cultural, economic and sustainability criteria.

Caballero has highlighted the importance of achieving this declaration in a territory with an important geological heritage such as Campo de Calatrava, together with the Puertollano area with its coal mine and the Almadén region. He has been excited and hopeful with this candidacy and with a statement that "every day it is closer and that it will be a huge boost for the province."

The president of the Provincial Council of Ciudad Real has emphasized that the geopark project goes beyond the conservation and protection of the singularity of this territory, since it aims to improve the lives of the municipalities included in it, making them economically and socially dynamic while sustainable development is guaranteed.

In this sense, he stressed the importance of promoting local gastronomy linked to the territory, as is done with the 'Flavors of Don Quixote' that the provincial institution is developing throughout the territory.

Dionisio Moreno, Mayor of Carrión de Calatrava, thanked the Provincial Council for this initiative as well as the local hotel industry for their commitment and involvement in offering the best dishes and products at this event.

In addition, he stressed that this type of event launched by the provincial institution serves to put municipalities such as Carrión de Calatrava on the map and to be able to develop new tourism and economic revitalization strategies around it.

For his part, David Triguero has reaffirmed the consolidation of this gastronomic program as well as that of the quality mark created by the Ciudad Real Provincial Council to promote the products and dishes of our land.

Finally, he has shown his gratitude to the local council for their collaboration and to the residents of the municipality and the region for having participated massively in all the scheduled activities.

He stressed that 'Flavors of Don Quixote' is a global initiative in which an extensive cultural, sports and tourist program is also developed around the central axis of gastronomy and the agri-food sector.

1 Russia attacks kyiv for the first time in more than... 2 Russia gives Ukraine more power 3 Albania's top general is elected as the country’s... 4 Cambodians vote in the local elections amid intimidation... 5 Mediterranean countries criticize EU solidarity regarding... 6 Silver medal for Gisela Pulido in the second round... 7 In India, a factory fire claimed the lives of 8 people... 8 Hong Kong police patrol a park in Hong Kong to enforce... 9 How long will Ukraine be able to fight as it loses... 10 US and S. Korean navies close key exercise amid N.... 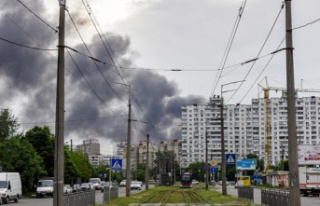 Russia attacks kyiv for the first time in more than...