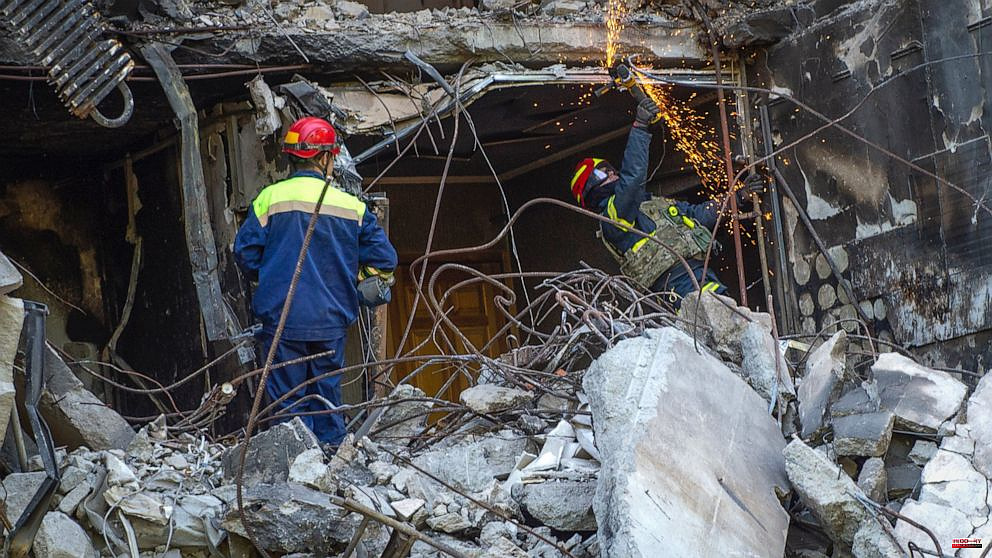 KYIV, Ukraine -- On Saturday, Russian troops supported by airstrikes pounded a section of eastern Ukraine. They destroyed bridges and shelled apartment buildings while trying to capture two cities. This would allow Moscow to take control of a disputed province, Ukrainian officials stated.

According to Serhiy Haidai, the regional governor, Russian and Ukrainian forces fought street-by-street in Sievierodonetsk. Haidai stated that four Russians were killed in strikes in Hirske.

These cities are the last large areas of Luhansk still controlled by Ukraine. Russian attacks are key to Kremlin's reduction of wartime goals of seizing entire Donbas region. This is where Moscow-backed separatists have fought Ukrainian troops for eight years and created self-proclaimed republics.

The Ukrainian military stated that Russia also increased its attacks on Donetsk (the other province making up the Donbas), as the war entered its 101st day.

The close combat led to Russian and Ukrainian military personnel blaming each other for the fire that decimated a 1912 wooden church at Sviatohirsk monastery. This is one of Ukraine's most sacred Orthodox Christian sites. The sprawling monastery of 16th century, located on the banks of the Siverskiy Donets River has been attacked several times during the war. Three monks were killed on Wednesday.

In Saturday's nightly video address, President Volodymyr Zilenskyy accused Russia "deliberately" and "systematically" destroying Ukrainian culture, its historical heritage, and social infrastructure such as housing, and all that is necessary for a normal life.

Zelenskyy stated that 113 churches were damaged or destroyed in the invasion, some of which survived World War II.

Recent Russian forces have been focusing on Sievierodonetsk capture, where there was a prewar population around 100,000. Haidai reported that they once held 90% of the city. However, Ukrainian soldiers retook some territory, Haidai said Friday. Zelenskyy called the situation in the city "extremely difficult" Saturday.

According to Western military analysts, Russia was committing significant troop strength and firepower in support of what British officials called a "creeping advancement" in the Donbas.

The combined use of artillery and air strikes was a key factor in Russia’s recent tactical success in the region, the U.K. Ministry of Defense stated in a Saturday assessment. After launching so many guided rockets, the ministry warned that Russia was now using unguided missiles which have "almost certainly caused substantial collateral damages and civilian casualties."

According to the Ukrainian military, it had defeated nine terrorist attacks in the Donbas within 24 hours. This claim cannot be independently verified.

While Russian forces are concentrated in the Donbass, Ukraine has launched counterattacks to retake territory to the south.

Moscow, having seized most of Dnipropetrovsk and Kherson regions as well as Mariupol port, has appointed local administrators, given residents Russian passports, and taken other steps in order to strengthen its grip on the occupied areas.

According to Mayor Oleksandr Senkevich, at least three civilians were killed by Russian shelling in Mykolaiv (Black Sea port), Saturday.

Washington-based think tank the Institute for the Study of War said that Russian-installed officials, troops, and soldiers face increasing resistance from the local population, as well as "an increase of partisan activity" in the southern Ukraine.

The institute mentioned accounts of threats made against Russian Telegram channel users who had received Russian passports.

The Ukrainian military approved of the difficulties that occupation authorities were facing, stating that Russian-installed leaders in Kherson were wearing bulletproof vests. They also traveled in armored vehicles.

The Ukrainian foreign minister condemned France's president for saying that the West should not "humiliate Russian President Vladimir Putin." French President Emmanuel Macron stated in an interview Friday with French newspapers that Putin had made a "historic mistake" in invading Ukraine. However, the West shouldn't "humiliate Russia so that when fighting ceases, we can all build a path out together via diplomatic pathways." Dmytro Kuleba, Ukrainian Foreign Minister, responded: "Calls for humiliation of Russia cannot only humiliate France and any other country that would demand it. ... It is time to focus on how we can put Russia in its place. This will bring peace, and save lives.

According to the Ukraine's Interior Ministry, more than 1,300 bodies have been exhumed in the area around Kiev's capital since Russia's military withdrawal from the area. A ministry spokeswoman Alyona Mattveyeva stated that the bodies were taken to morgues for forensic examination. However, around 200 victims have not been identified. Ukrainian authorities have been exhuming the bodies and exhuming them from mass graves since the Russians left the area in April.

According to a military chief in the region, two people were injured when a Russian rocket struck an Odesa agricultural site. According to a Russian Defense Ministry spokesperson, a missile strike destroyed a foreign mercenary base. Odesa is the home of Ukraine's largest maritime port and thus vital for the country's ability ship grain and other commodities. Kuleba, Ukraine's foreign minister, had tweeted that the attack occurred hours after Kuleba said: "Ukraine will create the necessary conditions for resume exports out of Odesa port." It is now up to us to ensure that Russia does not abuse the trade route in order to attack the city.

Mykhailo Podolyak, the Ukrainian presidential advisor, stated in a Saturday interview that Russia has suffered significantly fewer military casualties than the first six weeks. According to Meduza, Podolyak said that the lower numbers might lead Russian commanders to "think they are fighting well." He spoke on Ukrainian television and expressed optimism about the possibility of new Western-supplied weaponry changing the "mathematics” of war.

Pope Francis stated that he must wait until the "right time" to travel to Ukraine. One group of children visited the Vatican with a group from Ukraine and asked the pontiff if it would be possible to return to his homeland. Francis explained to the boy that he cares deeply about the children of Ukraine and wants to visit them. It's not easy to make a decision that will do more harm than good to the whole world, he said. "I must find the right time to do it," the pope stated.

Varenytsia and Rosa reported out of Sloviansk in Ukraine.

1 Albania's top general is elected as the country’s... 2 Cambodians vote in the local elections amid intimidation... 3 Mediterranean countries criticize EU solidarity regarding... 4 Silver medal for Gisela Pulido in the second round... 5 In India, a factory fire claimed the lives of 8 people... 6 Hong Kong police patrol a park in Hong Kong to enforce... 7 How long will Ukraine be able to fight as it loses... 8 US and S. Korean navies close key exercise amid N.... 9 It is dangerous to keep the lights on in eastern Ukraine.... 10 1 person is killed in a high-speed train accident... 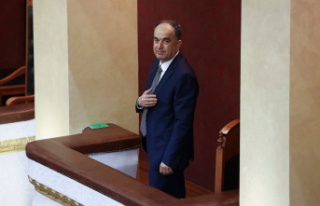 Albania's top general is elected as the country’s...