The cultural week of the Centro Extremadura Talaverano ends

This Friday the 2022 Cultural Week has ended in Talavera de la Reina, which since Monday, June 6, has been organized at the Centro Extremeño Talaverano. 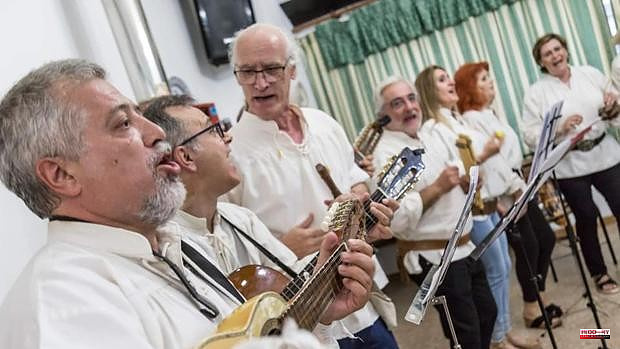 This Friday the 2022 Cultural Week has ended in Talavera de la Reina, which since Monday, June 6, has been organized at the Centro Extremeño Talaverano. Popularly known in the city of ceramics as the Hogar Extremeño, this regional house has offered throughout this week a complete program of cultural activities in which both members and residents of the city have been able to enjoy.

There have been five days of intense social, informative and musical activity, where there have been talks, conferences and musical performances such as those of the folkloric group 'Pizarro' during the afternoon of the first day and that of the Talavera musical group 'La Troje' who put on the final touch to the acts of this entire cultural week, offering a recital with the best of its folk repertoire, with popular songs from Spain and Latin America.

A talk-colloquium with the Talavera historian Ángel Monterrubio, a conference by the doctor and writer Miguel Méndez, on the different popular festivals in the region of Talavera, an informative talk by the physiotherapist María Elena Labrador, another conference by the doctor in psychology Manuel González Batres and another by the expert Eustasio Díaz, on the problem of electricity bills, have filled the week of Hogar Extremadura.

The musical performance of 'La Troje' has been a complete success with the assistance of nearly 300 people. The 14-member group from Talavera, including musicians and vocalists, began its journey in 2015. Since then, there have been many performances and awards won by this traditional music group, including the first prize won in December 2019 at the prestigious rounds competition in Torija (Guadalajara).

In addition to the beauty of their songs and the originality of their arrangements, the variety of string instruments used, such as violin, bandurria, guitars, mandolin, Venezuelan cuatro, double bass, lute, as well as transverse flute and various percussion instruments such as the peruvian hype

The director of this musical group is José Luis Andrino from Salamanca, who has lived in Talavera since the end of the 1990s.

1 Civil Protection calls for maximum vigilance due to... 2 A 20-year-old man arrested for domestic violence against... 3 Second case of monkeypox in the region, also in the... 4 Tchouaméni enters the top-5 of the most expensive... 5 The Agra fire is now under control 6 The ITAE Club of Albacete is proclaimed champion of... 7 The 'Worldwide Cutlery Collection' gathers... 8 Ukraine: A death sentence has been handed to a man... 9 Italy finds 7 bodies at a scorched helicopter crash... 10 Scholz, Germany's German Ambassador, tries to... 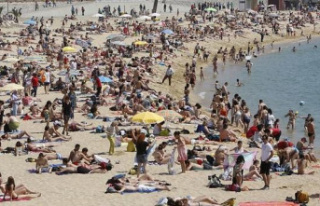 Civil Protection calls for maximum vigilance due to...