The judge again exonerates Fainé and Brufau from the Villarejo case

The head of the Central Court of Instruction number 6 of the National High Court, Manuel García Castellón, has once again concluded the investigation of the order made by Repsol and Caixabank to the companies of José Manuel Villarejo and has exonerated both the president of the oil company, Antoni Brufau, as well as the former president of the entity, Isidro Fainé. 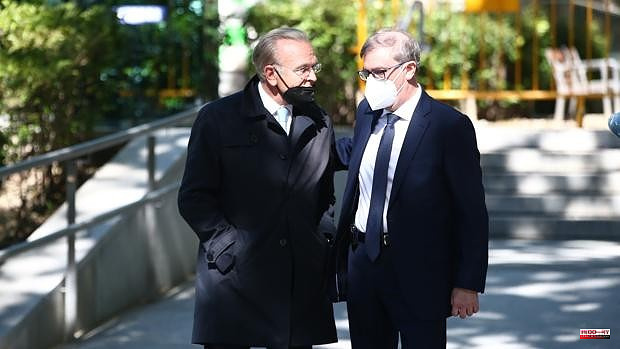 The head of the Central Court of Instruction number 6 of the National High Court, Manuel García Castellón, has once again concluded the investigation of the order made by Repsol and Caixabank to the companies of José Manuel Villarejo and has exonerated both the president of the oil company, Antoni Brufau, as well as the former president of the entity, Isidro Fainé.

García Castellón already concluded the investigation last July, when he filed the proceedings for these and five other people. However, the Criminal Chamber of the National Court ordered him to resume the investigations and the piece was reopened on February 7, when all were charged again.

This week, Rafael Araujo, who was Repsol's head of Security, has come to testify, and he did so at his own request to insist that the decision to choose Villarejo's and not another investigation company to inquire about the Sacyr to expand its weight in the shareholding of the oil company, was exclusively his and never reported with Brufau on the subject.

He also alleged that he selected Cenyt for professional reasons, nothing to do with an added value that the commissioner is presumed to give his clientele by access to reserved data and influential people.

And if his explanations convince the judge with regard to the president of Repsol, they do not do so with regard to himself. The resolution that closes this part of the case prosecutes Araujo, his superior in Corporate Security Rafael Girona; the former head of Caixabank Security Miguel Ángel Fernández Rancaño, Villarejo himself, the lawyer for his companies Rafael Redondo and the commissioner who was head of the UCAO, Enrique García Castaño.

Meanwhile, in addition to Brufau and Fainé and the two companies, the directors Luis Suárez de Lezo, Joaquín Uris, Juan de Amunátegi and Antonio Masanell, who were also charged in their day and who were also exonerated in the resolution that overturned the Criminal Chamber.

As for Repsol and Caixabank, the judge concludes "without a doubt" that both companies, already at the time of contracting with Cenyt, had a crime prevention model that complied with the requirements set forth in the law and, therefore, Therefore, the crimes under investigation cannot be attributed to them. Meanwhile, regarding Brufau and Fainé, what he points out is that there are no indications or suspicions that the order to contract with Villarejo was known to them or that they were informed of the results or the payments. “From all this heritage, their total lack of participation in the investigated facts is clear, the imputation being prescribed for merely objective reasons due to the charge,” says the order that removes them from the case.

This places, once again, the ceiling of responsibility on the former policemen who were in charge of the security services of both companies, because they were the ones who met on several occasions with Villarejo and Redondo from the end of 2011 to the first half of 2012. in the context of an assignment seeking information on the then president of Sacyr, Luis del Rivero, his wife, the head of Sacyr Security and the former Financial Director of Repsol YPF. The price, 413,600 euros.

1 Disappearance and relegation: the double 'annus... 2 The PP denounces that a place "where prostitution... 3 Benidorm makes August in June with the jubilee of... 4 The price of oil rises despite the fact that OPEC... 5 June work calendar: these are the holidays in each... 6 Dustin Johnson, leader of the Golf Super League Rebels 7 When is the Roland Garros 2022 final? 8 The judge prosecutes Eduardo Zaplana in the Erial... 9 Iberia assures that it will have no influence on the... 10 Inaugurated the first of the 100 ATMs to be installed... 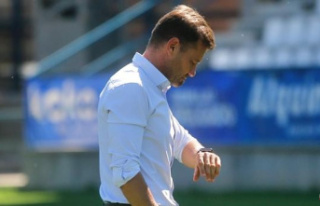 Disappearance and relegation: the double 'annus...